Dutch King Gets His Day in the Sun

“We were given just one week. The design brief was simple: create a design that is both festive and regal. The most important conditions were: the design cannot include a crown, nor can it show text or any images of the new monarch.”

In short, decorate the space around the National Palace with the national colours red, white and blue, because the event is all about the King of the Netherlands. And add orange and “I Amsterdam” around the rest of the city where people are celebrating Queen’s Day as they do every year. Orange is after all the colour symbolising the Netherlands at its most festive because of its association with our royal family, the House of Orange-Nassau.
Koeweiden Postma case study

“During the very first meeting with the City of Amsterdam, we discussed possible symbols to use for the event, as we felt using just the colours would be insufficient. So we came up with the initials of Willem-Alexander. As starting point of the design we used the existing monogram of Willem-Alexander, but without the crown. The rest of the design speaks for itself.”
Koeweiden Postma case study 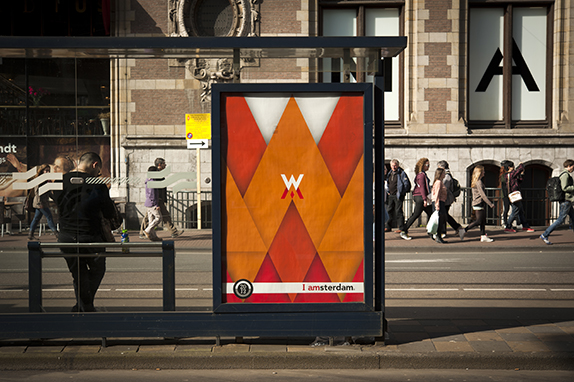 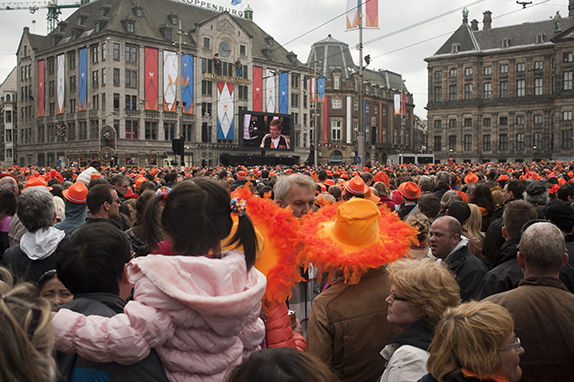 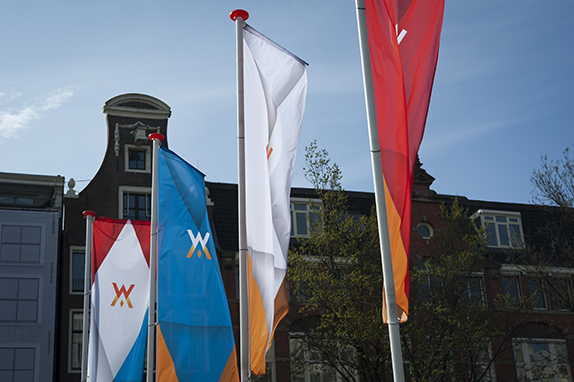 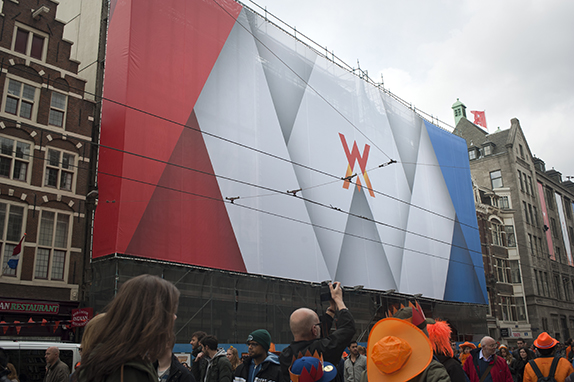 Well, this is fun, isn’t it? It really is quite amazing what a good balance of regalness, festiveness, and Dutchness this project achieved. Designing a monogram fit for a king can’t be easy yet this solution is remarkably simple and effective but most importantly it establishes the diagonal-line foundation for the 1,100 flags and banners, 500 bus shelter posters, and 30 decorated buildings that appeared throughout the city. Even the gradients, that would otherwise seem gratuitous add just enough dimension to the graphics to make them sizzle a little bit more. I can’t imagine the complexities of a project like this so it’s quite commendable that the result is vibrant and contemporary without veering into the gaudiness expected of Royal events. 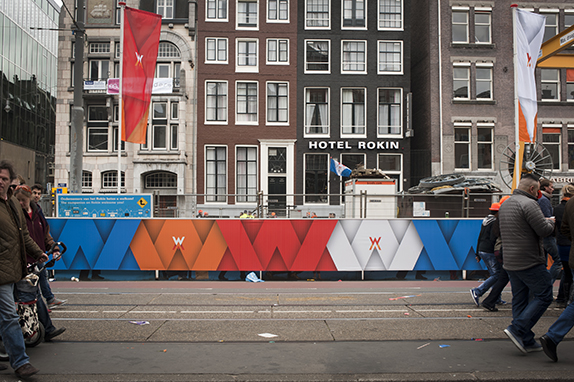 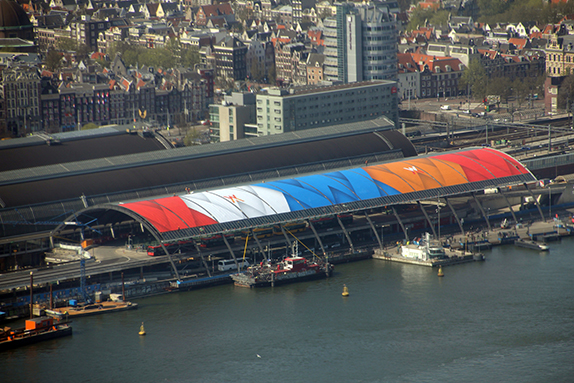 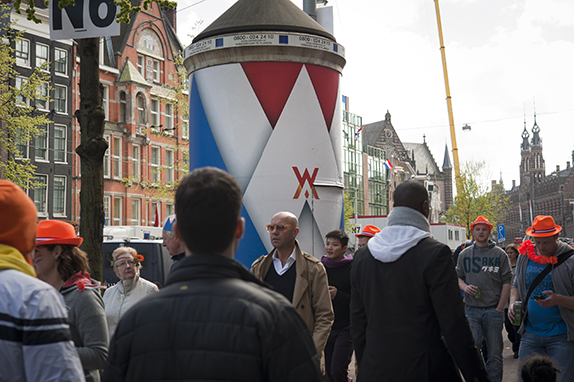 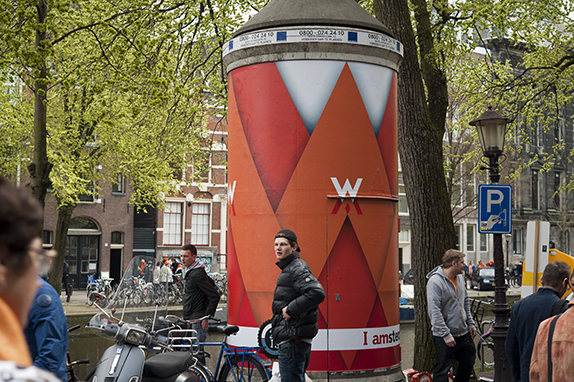 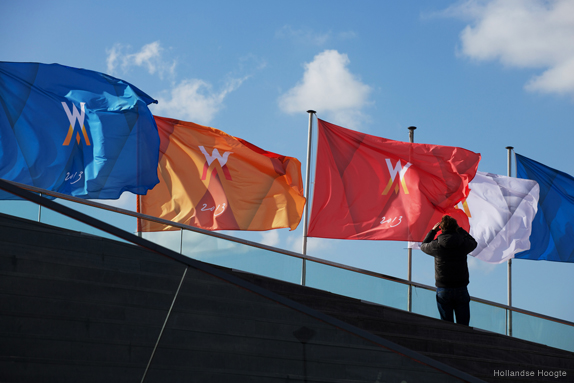 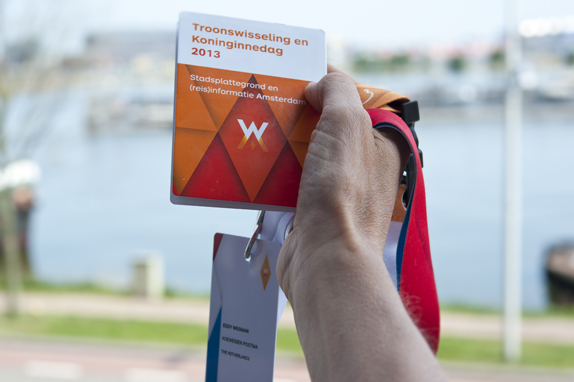 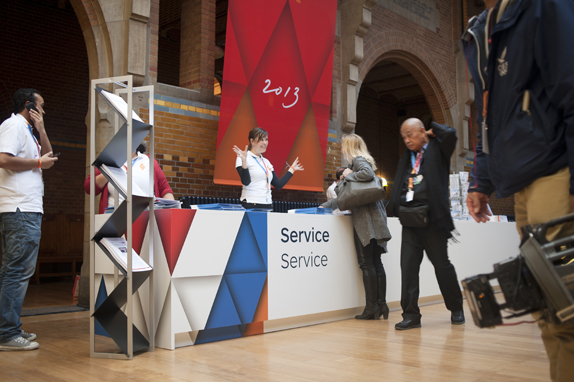 Dutch King Gets His Day in the Sun