With 14.4 million customers, Time Warner Cable (TWC) is the second largest cable provider in the U.S., trailing category leader Comcast. (A funny fact, as I’ve never met anyone subscribed to Comcast). Originally part of Time Warner — the resulting 1989 merger of Time Inc. and Warner Communications — TWC spun off as its own company in 2009. Earlier this month, TWC introduced a revitalized identity designed by The Brand Union.

Many technology companies talk about what innovation does rather than what the innovation does “for you.” Time Warner Cable designs their suite of products with one purpose in mind — to help consumers feel more in control of their experiences and make their lives simpler and easier.

The new brand identity system, starting with the logo, visually brings all these ideas to life. It reflects all the product and customer care innovation happening inside the company. It’s a simple, fresh, modern, yet inclusive approach to design. The refreshed eye/ear icon, true to the DNA of our original icon, celebrates the brand’s heritage bringing forward its authenticity in a modern way.
— Kim Bates,Vice President, Brand Strategy, Time Warner Cable

The refreshed Time Warner Cable identity places the classic Eye & Ear symbol at the center of their new visual system. The entire TWC brand was reevaluated based on the standards of simplicity and ease in order to better align with their mission. Part of this process included the minimizing of any sub-brand, typeface or rogue visual language that didn’t directly leverage or support the Eye & Ear symbol—the one thing that they, and no one else, owns.

The Eye & Ear has been elevated through new applications, brighter colors and a subtle redrawing that makes it substantially more versatile. Great care was taken during the recrafting to honor the essence of the original mark. The lighter strokes allow the symbol to be used much larger and in new contexts. The Eye & Ear has been paired with a custom type family that shares its DNA and is included as a character in every weight. The new type and symbol together allowed for the creation of a modular system of lockups which allow the Eye & Ear to be featured more prominently in the logo suite.
— From The Brand Union

The original Eye & Ear icon was designed by Steff Geissbuhler in 1990 while he was a partner at Chermayeff & Geismar Inc. and it was meant to be used for all of Time Warner but, as a serif wordmark became its logo, the Eye & Ear icon became exclusive to TWC in 1993 and has become quite iconic over the years so it’s comforting to see that not only does it remain in place but it becomes the full anchor for the whole identity. Despite the existence of vector-drawing software at the time, Geissbuhler has proudly commented that he hand-drew the icon because he couldn’t get the bezier points to do exactly what he wanted. Almost 20 years later, the icon has been redrawn with substantial care to keep the form of the original while making it more versatile and streamlined — one minor quibble I have is the way the final stroke of the ear doesn’t curl completely but it sticks out pointing southeast a little too prominently.

The biggest change is the relationship between the icon and the wordmark, making the Eye & Ear substantially bigger and breaking the long name into three lines. I’m actually surprised they didn’t resolve the name into an acronym, and it’s probably because few people refer, spoken, to Time Warner Cable as TWC. The wordmark is set in a proprietary font called TWC Round, based on Stag Sans Round by Christian Schwartz. It’s a playful humanist sans that also looks more bookish, helping it avoid looking overly trendy. 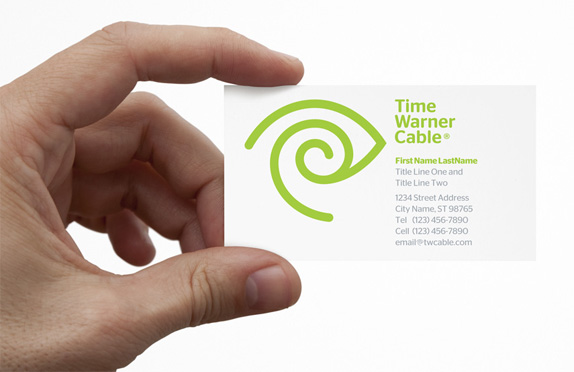 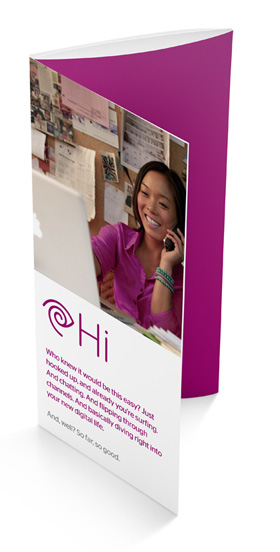 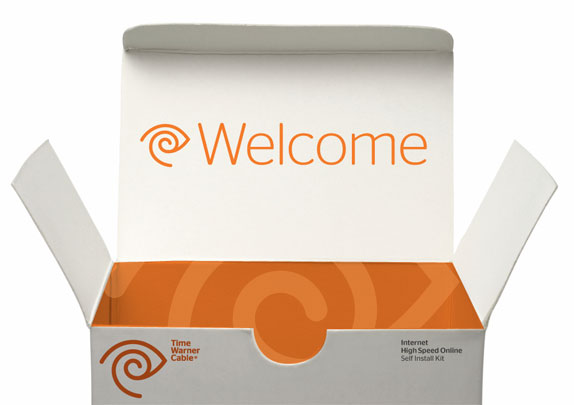 The elements of the identity are very well resolved and the full implementation is lively and well considered. For a redesign of this size and with such a previous stodgy identity in place, this effort is quite successful in reenergizing the look of TWC without unnecessarily redoing everything. 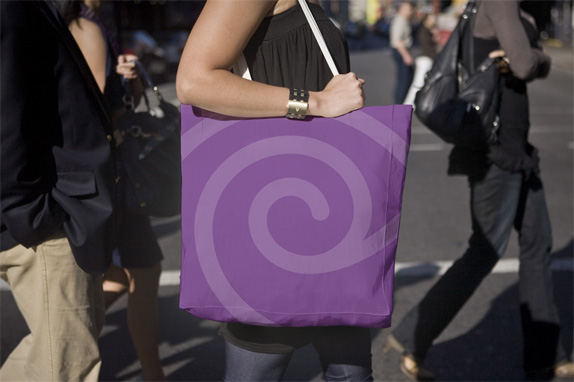 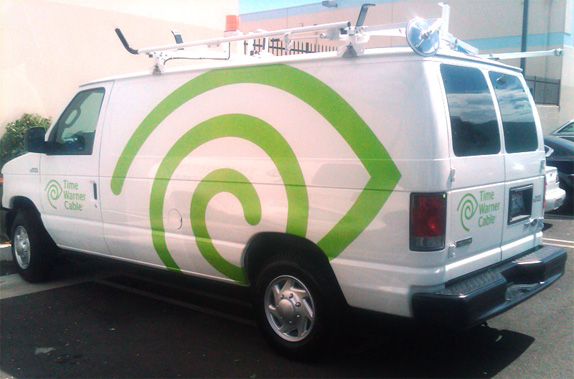 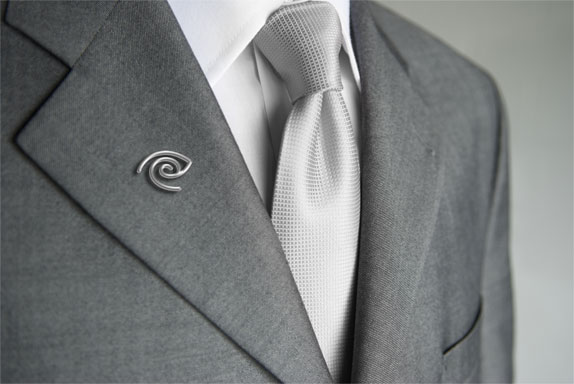 Ed.’s tip: The way to a CEO’s heart? Show them what a lapel pin looks like. Top-level buy-in assured.

With 14.4 million customers, Time Warner Cable (TWC) is the second largest cable provider in the U.S., trailing category leader Comcast. (A funny fact, as I've never met anyone subscribed to Comcast). Originally part of Time Warner — the resulting 1989 merger of Time Inc. and Warner Communications — TWC spun off as its own company in 2009. Earlier this month, TWC introduced a revitalized identity designed by The Brand Union.