A collection of subtle logos and identities in this week’s selections with work from Moscow, Oslo, and Mexico. 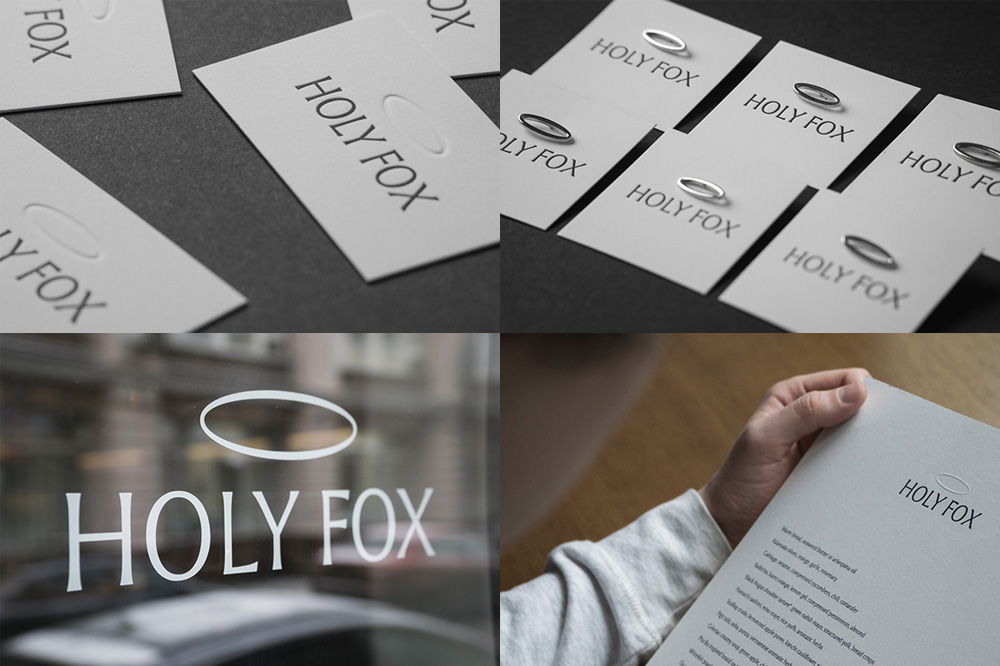 Holy Fox is a posh restaurant in Moscow of “eclectic cuisine and trendy cocktails” around an Eastern/Japanese theme. The logo, designed by local firm White Russian, uses an almost rarified kind of type, the humanist sans with flared strokes. At first I thought it was Carter Sans — a typeface I’ve been dying to use but have yet to find the right use — but the letters here are less wide and the “X” does more of a dance. There isn’t much whiz bang to the logo or identity here, it’s all about the subtlety of the halo centered on top of all caps and the restrained applications with the embossing and light black ink. Sometimes this kind of stuff is the hardest to pull off. See full project here.

Update: the font is Epigraph by Dragan Pesic. 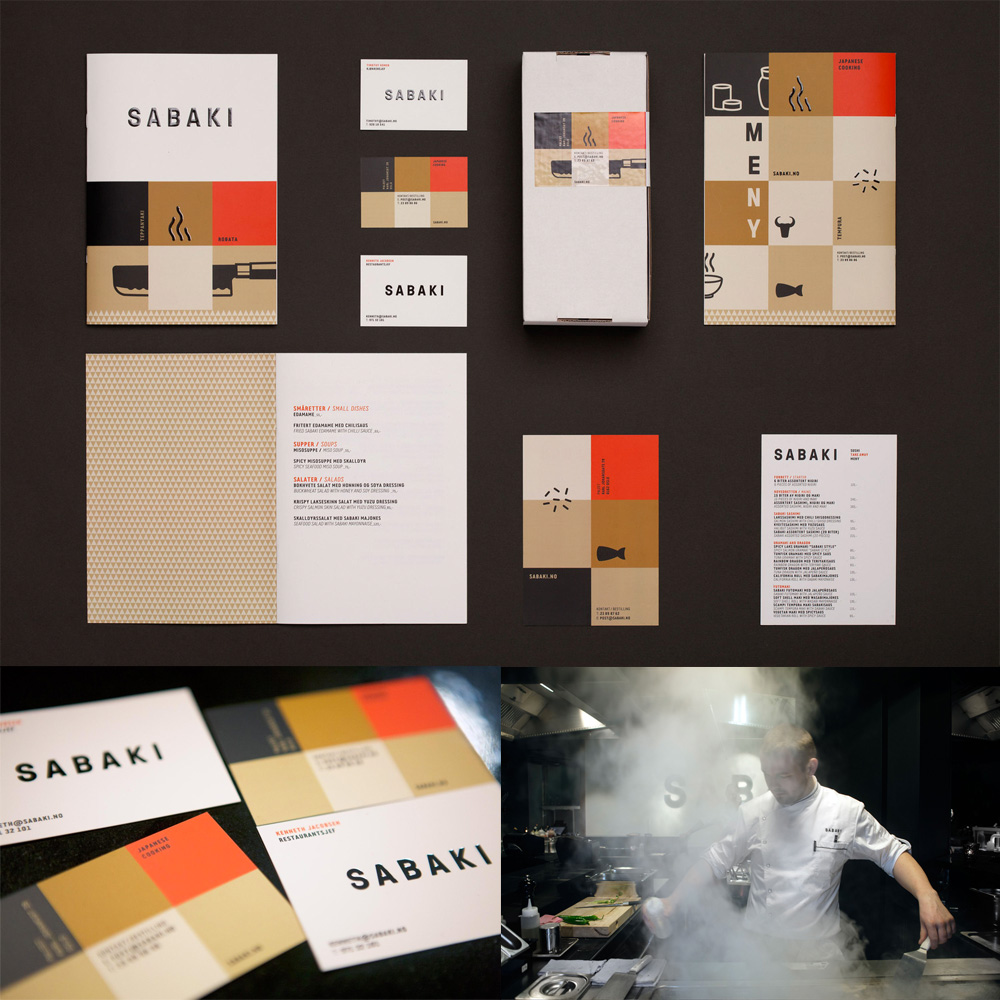 Sabaki is another Japanese restaurant, this one in Oslo, Norway. Less fancy than Holy Fox and offering take-out, which makes for my favorite element of this identity designed by local firm Metric: the sticker around the corner of the take-out boxes. This is what first attracted me to this project, that harsh division of one side in all white with the generously spaced wordmark in black and the other side with the color boxes, which is the second thing that attracted me to this project: the warm, red and brown tones selected. The sprinkled line illustrations on top of the color grid break some of the formality and complement the typography quite well. See full project here 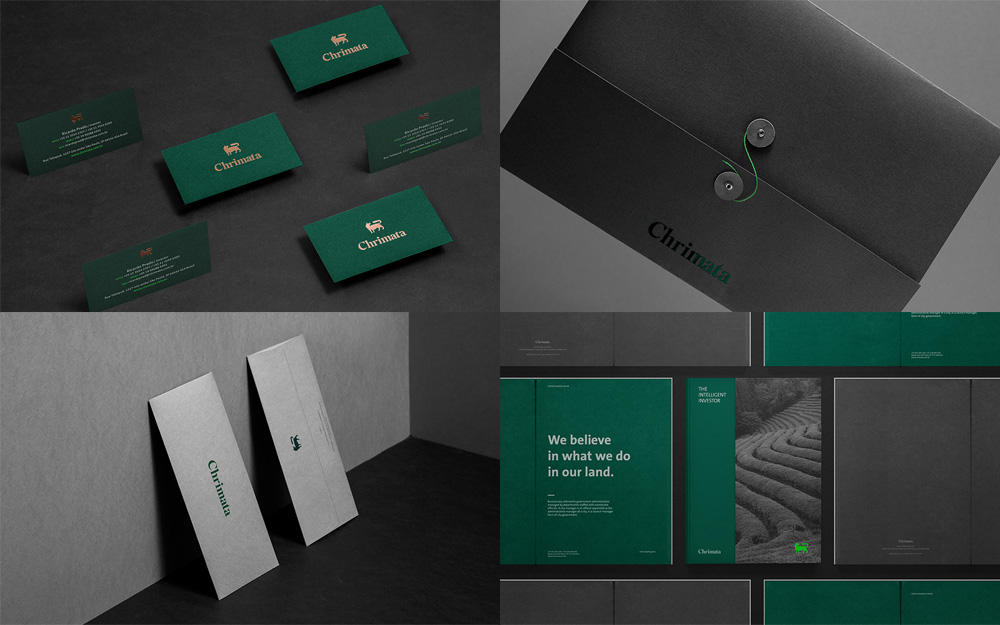 It’s been two months since we last included Anagrama in a Friday Likes and our contract with the internet states that if more than two months pass without featuring them means we are doing it wrong. One of their latest projects is for Chrimata — no website available — a Brazilian investment and consulting company focusing on the agricultural sector. The wolf icon — “a loyal animal as well as a great companion that is fiercely territorial” — makes for a very cool corporate logo, landing somewhere between Lacoste’s crocodile and Merrill Lynch’s bull. The serif wordmark cements it nicely as a serious company and the dark green and gray color palette is unexpectedly bad-ass. See full project.

A collection of subtle logos and identities in this week's selections with work from Moscow, Oslo, and Mexico.