From Adam&Co., MAUD, and BOND

From decadent food and visuals to slimming concoctions and packaging to energetic printing services and graphics, we’ve got you hooked up with work from Boston, Surry Hills, and Helsinki. 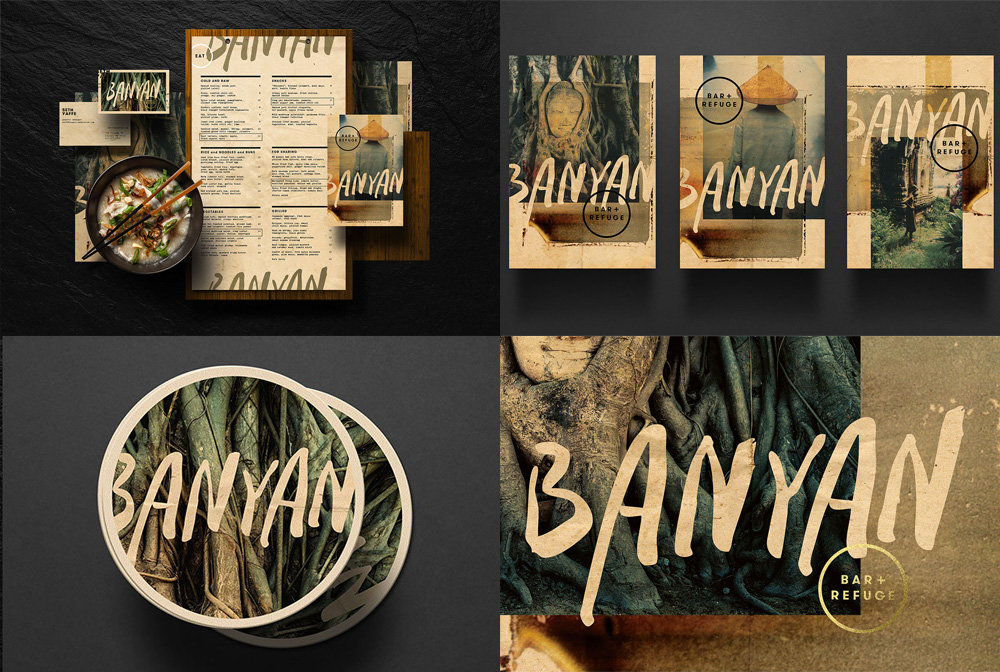 Banyan Bar & Refuge is a new modern Asian gastropub located in Boston’s South End. Its interiors and covered patio feature branches and bamboo, which led to the moody, branchy identity by local firm Adam&Co.. that, in my mind, is like the aesthetic baby of Rambo’s First Blood and The Great Gatsby: Jungle-y but luxurious. The drippy logo works nicely against the layered, moss- and gold-colored photos and there are some nice typographic details throughout. The food doesn’t look bad either. See full project 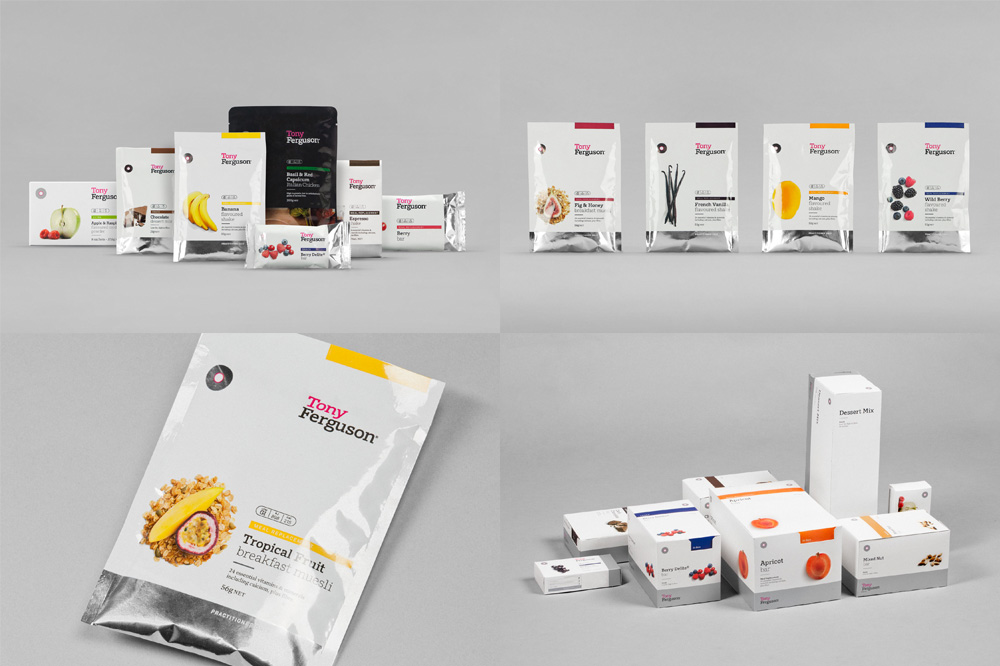 Tony Ferguson is a weight loss program in Australia based on meal replacement through shakes and other snacks. (For the record: UCllc does not endorse this type of diet, we urge you to put down that Cinabbon and go out for a run around the block). (Also: this Tony Ferguson has nothing to do with mixed martial arts fighter Tony Ferguson). On to the identity by Surry Hills-based MAUD: At first glance this looks like a dozen other package systems that use heavily spaced white backgrounds, simple typography, and a product depiction. What I like about this is that it makes sense for the product as it’s all about conveying a sense of lightness. It also manages to look both clinical/science-y like something that would come from a lab but also has the familiarity of a grocery store product. The typography, layout, and super minimal ingredient photos are all very well calibrated to create a smart, attractive system that if you are going to meal-replace you should at least meal-replace while looking this good. See full project 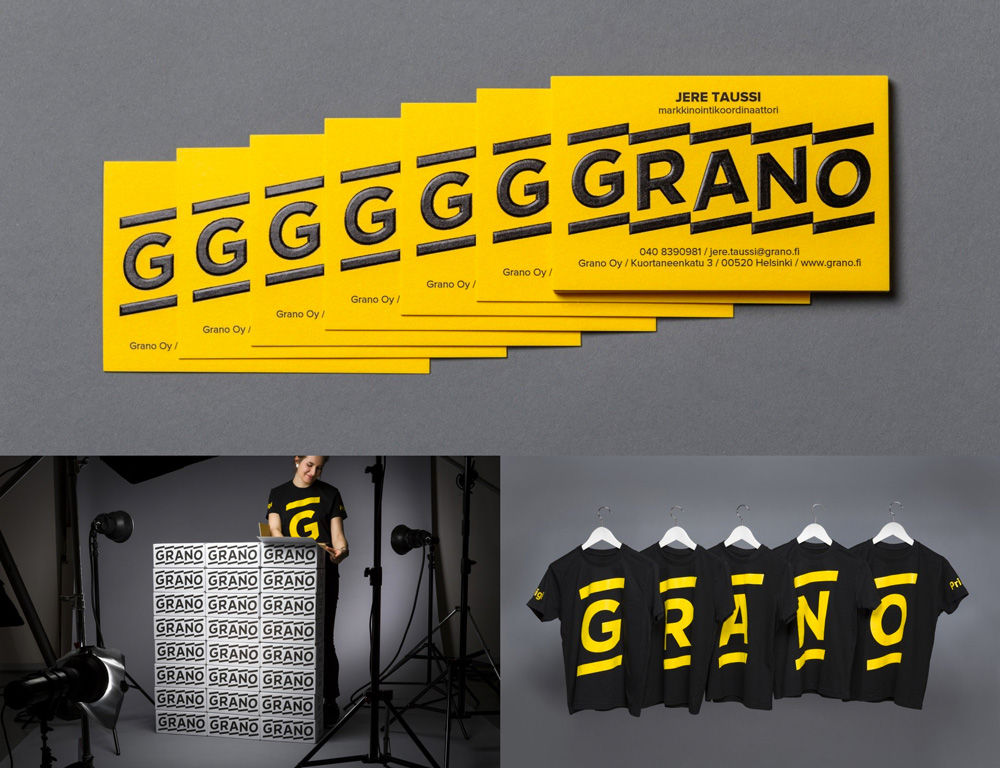 Grano is a print and digital marketing production house with locations across Finland. It may seem like an odd choice for Friday Likes but I am highly enjoying the simplicity and modularity of the identity by Helsinki-based BOND. Typeset in Gotham (I think) the skewed wordmark and its accompanying underlines create a great rhythm and produce a highly energetic vibe — the yellow and black color palette almost make it look like Caution: Electricity Danger Ahead signs. There are not many applications at the link but if you visit Grano’s Facebook photos you’ll see some additional uses of their identity… which would look so good if photographed properly. Still, this is a thousand times better than our equivalent in the U.S. of Alphagraphics. See full project

From decadent food and visuals to slimming concoctions and packaging to energetic printing services and graphics, we've got you hooked up with work from Boston, Surry Hills, and Helsinki.

New Logo and Identity for Vitkus Clinic by Tandemo

New Logo and Identity for Netgen by IDnaGroup

New Logo and Identity for The 19th by Page 33 Studio

New Logo and Identity for Entrepreneurs’ Organization by Brandpie