From Bedow, Mast, and Pentagram

A couple of one-time use identities flank a sturdy identity this week, with work from Stockholm, Denver, and New York. 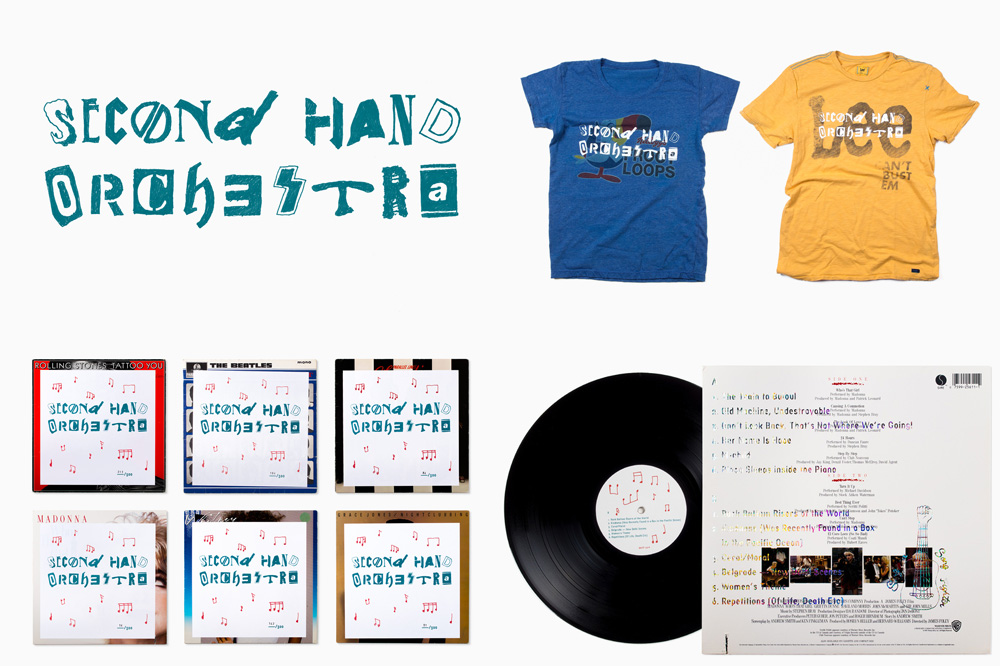 This is more one-time packaging than long-term identity but there is at least two applications, it’s logo-related, it’s Friday, and I like it — ergo, it’s on Friday Likes. The first and self-titled album from Second Hand Orchestra is a collection of tracks originally produced for a documentary that was never released so they were reused, hence the name, hence the second-hand approach taken by Stockholm-based Bedow. The logo is made up of second-hand letters from famous band logos, which is then silkscreened on top of 300 existing album covers from other artists for a limited-edition release and on second-hand t-shirts as promotion. I used to draw heavy metal band logos in my high school notebooks and this logo looks exactly like that, so I have a special soft spot for it. The application on the albums and t-shirts is fun with a light rebellious touch. A handy video summarizes the project here. See full project

Anchor Down by Mast 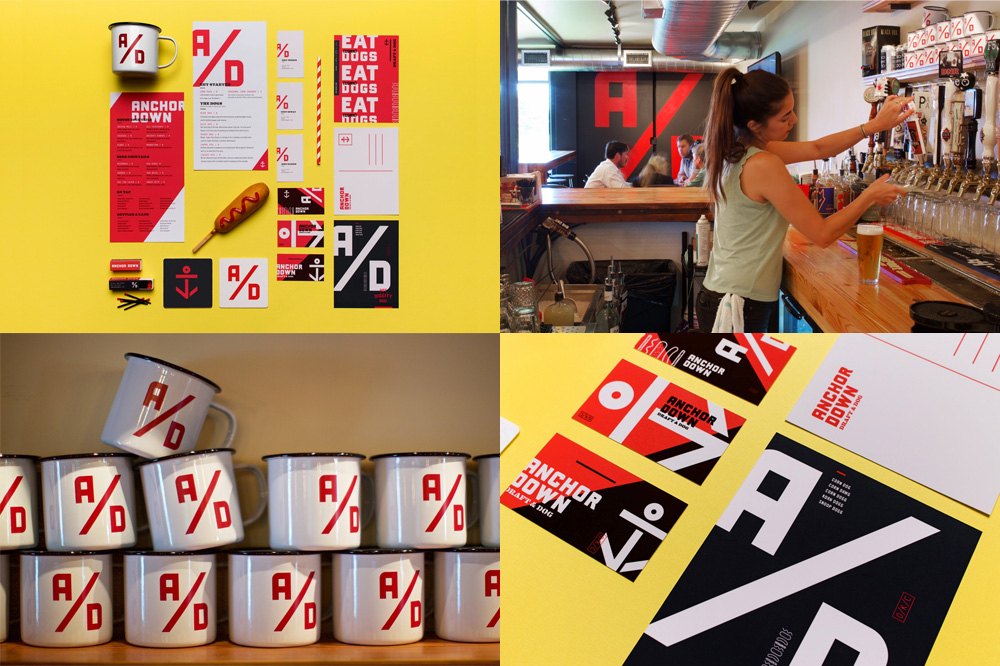 Anchor Down is a small restaurant in Oklahoma City, OK, specializing in corn dogs. The identity, designed by Denver, CO-based Mast is fairly simple but the sizing of the different elements and simple color palette makes it quite striking. It would be tempting to dismiss it as hipster design but it goes beyond that with a fun and eclectic mix of elements — a graphic anchor, House Industries’ Eames Stencil, line-art corn dogs — anchored around an extra bold “A/D” logo that come together nicely in bright, energetic layouts. And I would love a wall stacked with those enamel cups in my house. See full project

The Heritage Ball is the annual black tie gala that benefits the AIA New York Chapter and the Center for Architecture. Designed by New York, NY, Pentagram partner Natasha Jen for a one-time use, the identity for this year’s event hinges on a custom alphabet that expands and contracts horizontally in a blueprint-like color scheme. The geometric letterforms have a very basic structure that could have turned out boring but by doing the open-ended, double-line approach it gave it plenty of visual interest. I’m a sucker for letterforms that expand and this is done really well in the animations but also translates dynamically in print. See full project

A couple of one-time use identities flank a sturdy identity this week, with work from Stockholm, Denver, and New York.