Plenty of funky, weird, fun projects this week with work from London, Seoul, and Montréal. 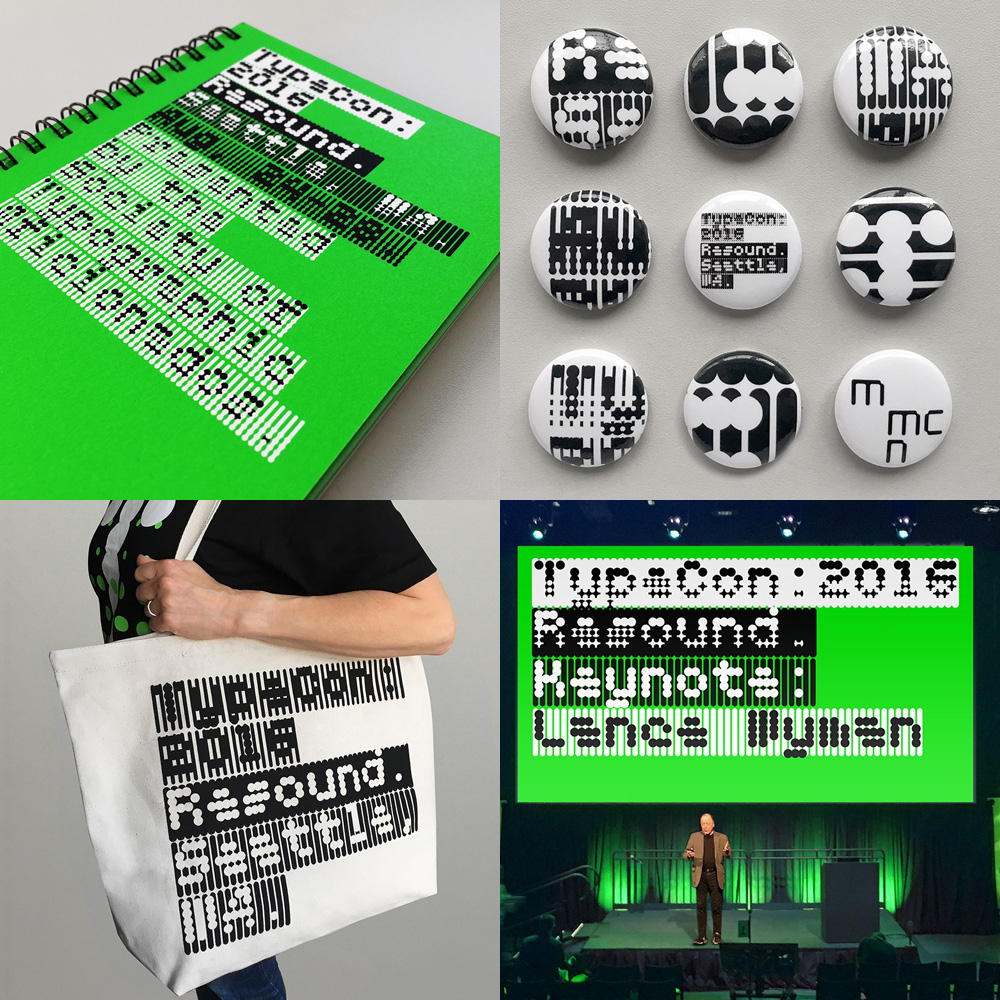 TypeCon is an annual type conference celebrated since 1998 and each year’s theme is designed by a different design firm. For the 2016 conference in Seattle, London-based MuirMcNeil, took the “Resound” theme — to fill a place with sound or something loud enough to echo — and created a custom set of “parametric” typefaces that consist of 76 base fonts that can be manipulated in layers in more than 5,000 ways. Along with bright green accent color, the identity literally echoes and reverberates on itself with some really wild typographic concoctions that are not for everyone but everyone at this conference is a type wonk so, yeah, it was for everyone there. See full project 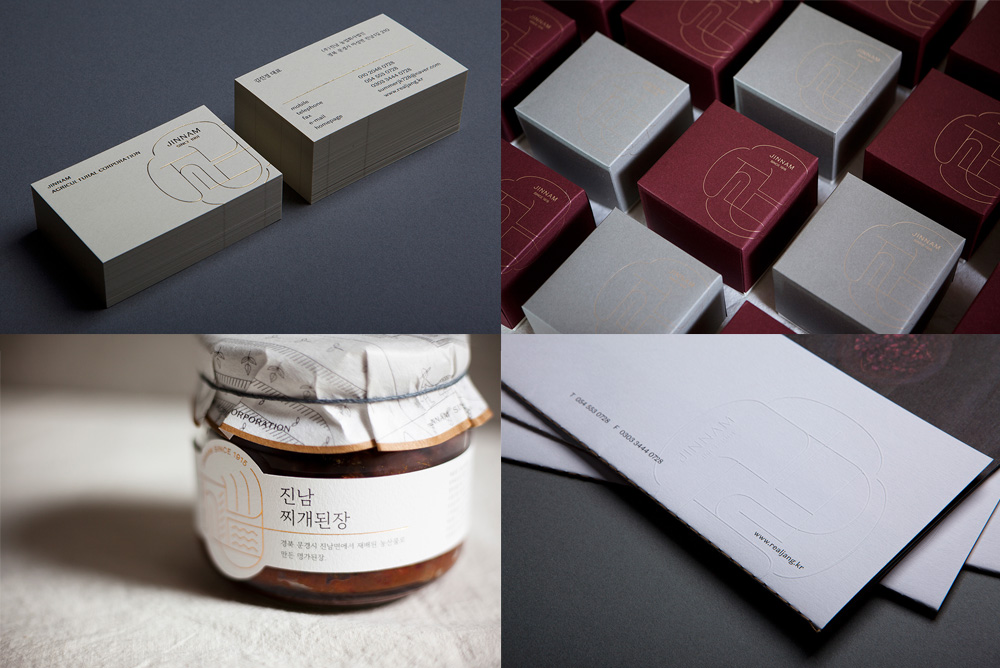 Jinnam Agricultural Corporation in Munkyung-Si, South Korea, produces fermented food, such as soybean paste and chili paste, from ingredients harvested in their village. The identity, by Seoul-based ContentFormContext — previously on Friday Likes 115 — centers around a “map” of a fake village that is drawn based on two Korean letters, ‘Jin’ and ‘Nam’. The faux map is then interpreted three ways: a more detailed version that can be seen on the wraps of the lids, a simpler version that appears on the front of the jars, and a minimal version that appears on the business cards. The delicate lines in gold foil look great in the boxes and labels along with the beautiful typography. Now that’s my jam. See full project 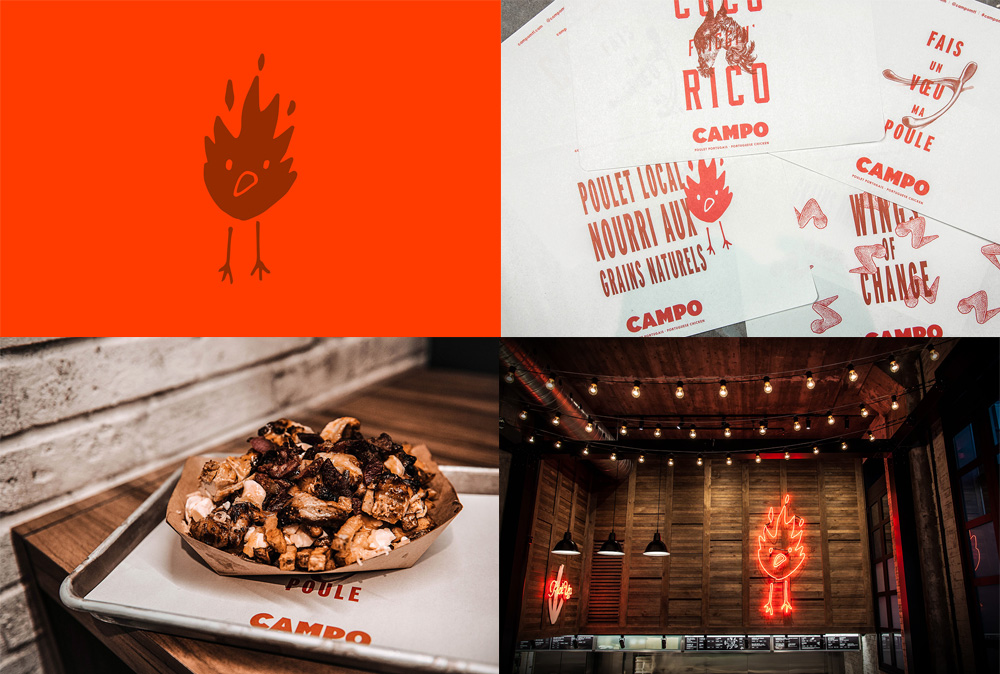 Campo is a quick service restaurant in Montréal, Québec, serving Portuguese-style chicken served whole, in a roll, in a sandwich, or, natch, in poutine. The identity by local firm Polygraphe has a minimalist playfulness best exemplified by the flaming cock… or chicken on fire. It’s kind of a sad graphic but also super awesome. The deadpan “CAMPO” wordmark logo is chunky and sturdy, supporting the rest of the funky typography and chicken engraving illustrations. Still… neon flaming cock FTW. See full project

Plenty of funky, weird, fun projects this week with work from London, Seoul, and Montréal.

New Logo for VYZR by Electric