A fairly wide variety of styles and clients this week, with work from Guadalajara, Macov, and Helsinki. 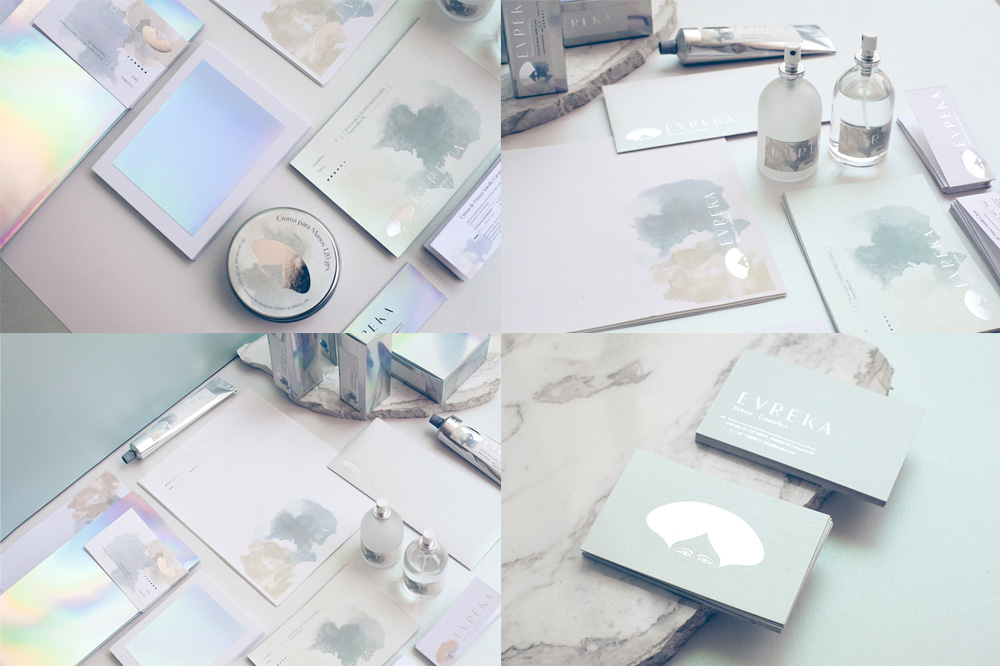 Evreka is a dermatology company with a line of cosmetic creams available in Mexico. Designed by Guadalajara, Mexico-based Monotypo, the identity is visually tactile with a great combination of lightly-colored stocks, rainbow foil stamping, rainbow metallic paper, and watercolor-y accents. It’s maybe one too many elements but they are all so soft in tone and presence that it’s not overwhelming. The logo… I like it okay but I mostly appreciate its play with counterspace with the face being a drop of cream. The wordmark is also okay and works well to immediately convey cosmetics. I would rub that.See full project

Next Festival is a music and sound art festival in Bratislava, Slovakia, with an experimental outlook and representing everything from classical to electronic music. 2016’s identity, designed by Macov, Slovakia-based Chmela features a brutalist-looking “NEXT” wordmark that starts ugly and gets uglier in use or as you roll your mouse over on the festival’s site. I know this isn’t going to be the most popular Friday Likes selection ever but I really dig the don’t-give-a-fuck-ness of it. I particularly like how “NEXT” is done all in a single, continuous line and how the disruption then blows up all the vector points in every direction but always keeping the continuous line intact. In application, I think they could have used slightly less distorted versions of the logo so that, for those willing to, there would be a readable “NEXT”. If you need me, I’ll be mousing over the logo for the next hour or so. See full project 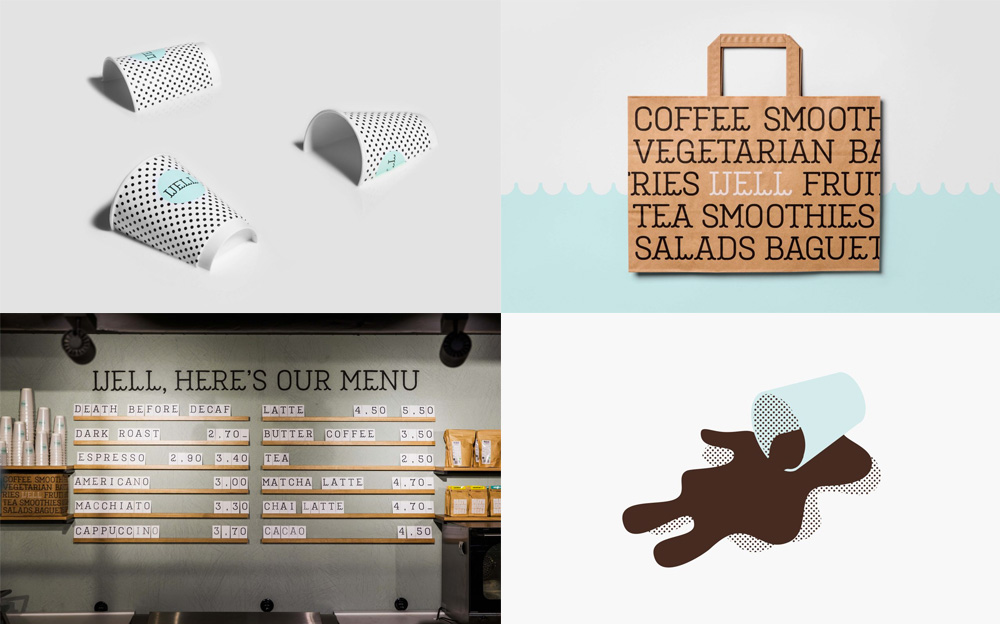 Well Coffee is a new coffee shop in Helsinki with the distinction that it’s vegetarian. The new identity designed by local firm Bond revolves around a custom typeface with little waves at its feet. Why little waves at its feet? I really don’t know, but it’s somehow totally appropriate for a vegetarian coffee shop in Helsinki. The type looks crisp and friendly and pairs great with the polka dot pattern, which itself works great as a shading texture for the charming illustrations. The brown, light blue, and white color palette give everything a nice freshness and is perfectly in tune with the physical space itself. Well, then. See full project

A fairly wide variety of styles and clients this week, with work from Guadalajara, Macov, and Helsinki.