Some maximalist projects today for various food establishments with work from New York, Melbourne, and Charleston.

The Painted Duck by BoyBurnsBarn 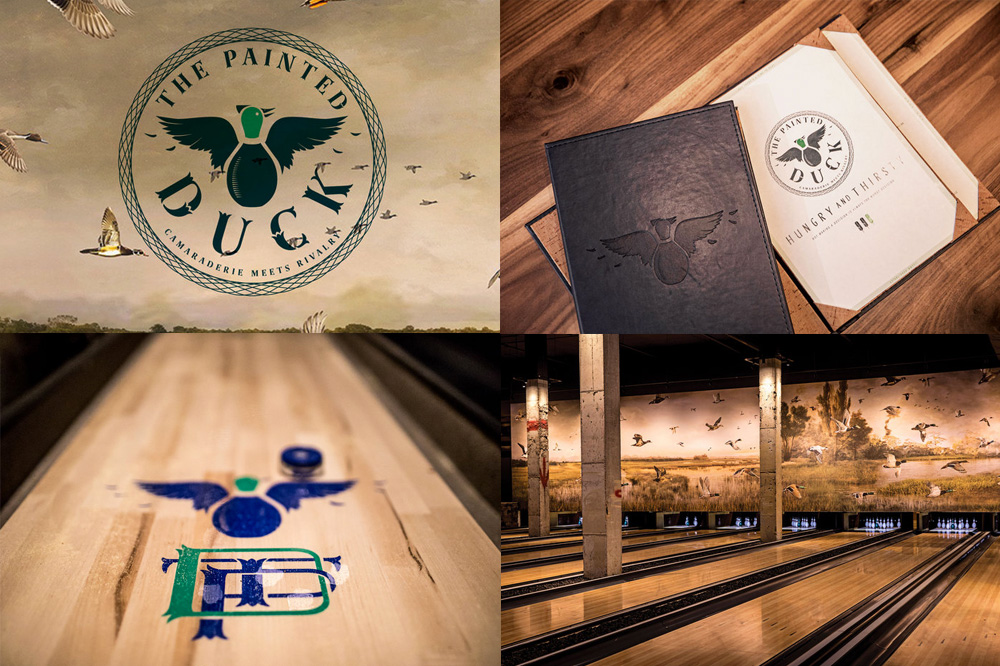 The Painted Duck is a duckpin bowling alley (slash drinkery, slash gaming parlor) in Atlanta, GA, inside an industrial 1900s building. The identity, designed by New York, NY-based BoyBurnsBarn, wastes no time in making the visual connection between the name of the establishment and the squat shape of the duckpin pin to draw a logo that’s, well, a duck-pin — it’s kind of satisfying in its straightforwardness of concept. The logo is complemented with a groovy, feathered monogram and a slew of funky typefaces that add some vintage/hipster flavor to the place and give it a chic eccentricity.See full project 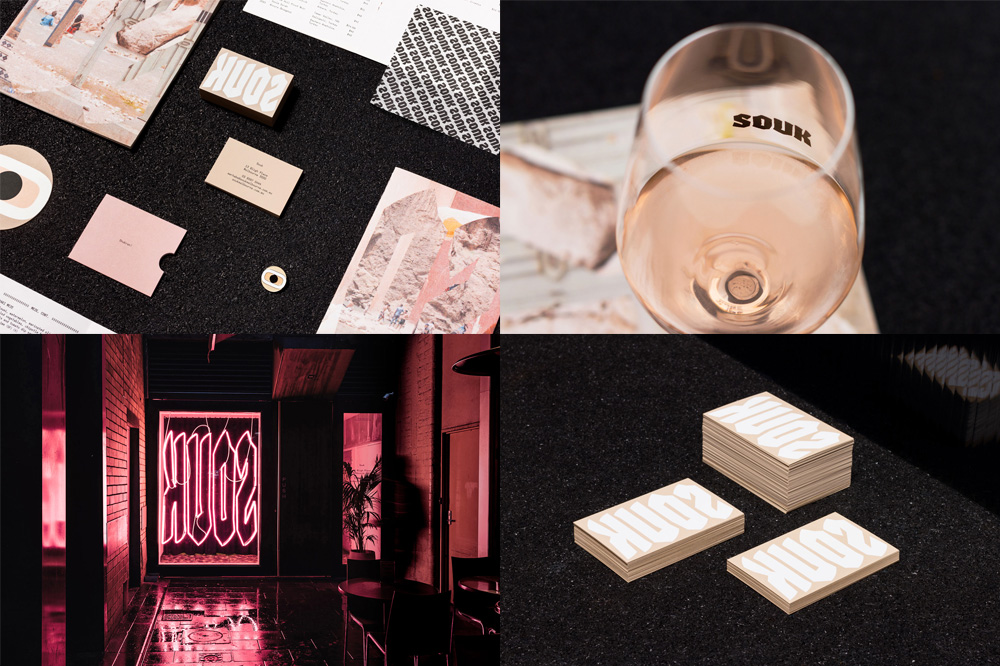 Souk is a restaurant in Melbourne, Australia, serving Middle Eastern cuisine with flavors and dishes from Arabia, North Africa, and Anatolia. The identity, designed by local firm Mildred & Duck, takes a few cues from the Middle East, most notably a logo that is meant to be read from right to left. I had to read the designers’ description to understand why the logo was “flipped” as it wasn’t immediately clear when I first saw it. It’s a daring move but it pays off with what a cool wordmark it is. The identity also introduces a variation on the evil eye mark which adds a funky element to an already funky place filled with neon signs and plenty of attention to detail, including the logo debossed on custom-made plates. It’s all nicely thought out and has a great, weird vibe. See full projectVia The Brand Identity 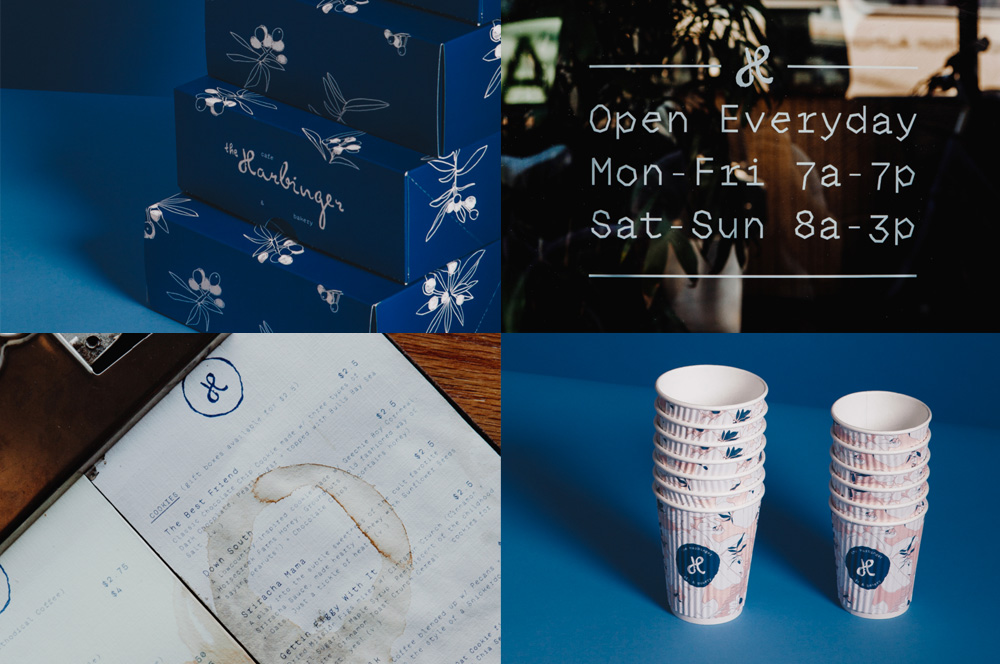 The Harbinger is a coffee house and bakery in Charleston, SC, making everything from scratch, all from a mega-Instagram-able, rustic location. The identity, designed by local firm Fuzzco, has a similar vibe with a funky combination of a script wordmark (which looks like crumble pie), a nature-y illustration (which looks like the start of a mushroom trip; not that I would know), and a super weird angled font that even though it has no logical business there it’s super awesome. It’s a little bit of everything, all blended in through the same blue, and oddly working together nicely. See full project

Some maximalist projects today for various food establishments with work from New York, Melbourne, and Charleston.