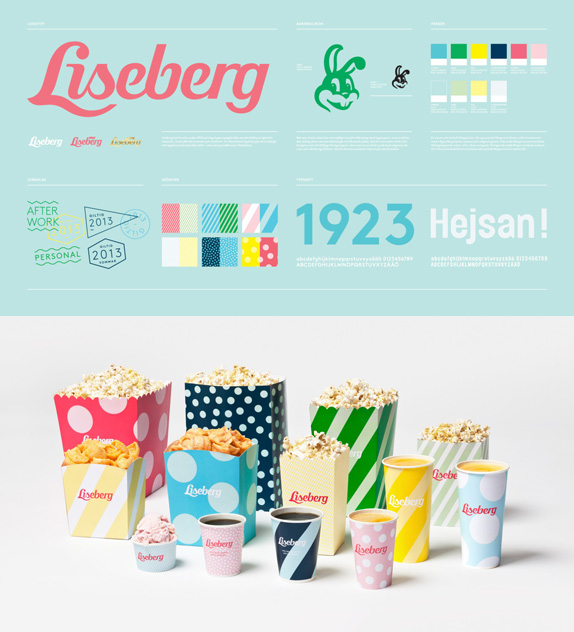 To more fully appreciate the new identity for Liseberg, an amusement park located in Gothenburg, Sweden, it’s probably best that you first look at the old logo (make it pop-up here). Chuck E. Cheese-ish, ain’t it? The new identity by Stockholm-based Happy F&B adds sophistication where there was none, with a perfectly balanced color palette and fun graphics, along with a redesigned, 1-color rabbit. I would go to there just for the popcorn boxes. [More]. 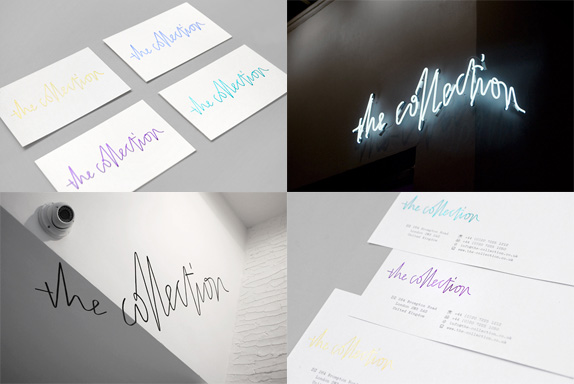 I must be on a kick of ugly-ish design (what with the BNC13 identity and all) but I really like this harsh signature-like logo by London-based mind design for The Collection, a (I believe, now-defunct) restaurant at the Royal Academy of Arts designed by interior designer Tom Dixon. The logo is jerky and bendy but it becomes almost luxurious in application with some metallic inks but it can also be hip as a neon sign. The rest of the identity uses a condensed sans serif and a palette of purples and teals and split fountains that seem like another project altogether (but one that would also be cool on its own). Regardless, all is good. [More] 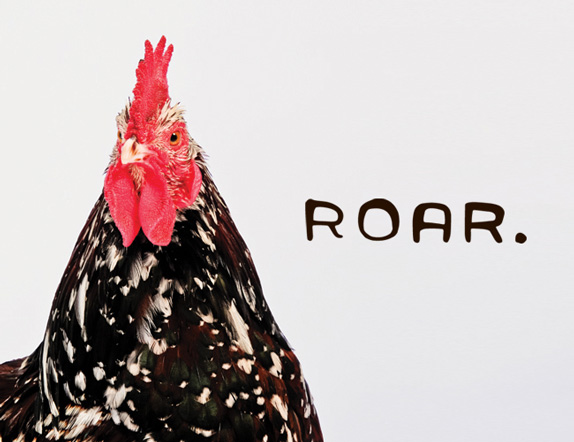 Nothing says “roar” like a chicken, jack russell terrier, and a goat, right? Yet that’s what makes this identity by London-based ORB get people’s attention. To give a voice to Roar — a provider of business communications (VoIP telphony, broadband, or mobile services) — ORB brought together a cackle of animals and a bearded model to become spokesbeings for the company in a quirky video introduction and identity. [More]