Simple yet bold color palettes and identity systems make up this week’s Friday Links with work from Singapore, Cracow, and Vienna. 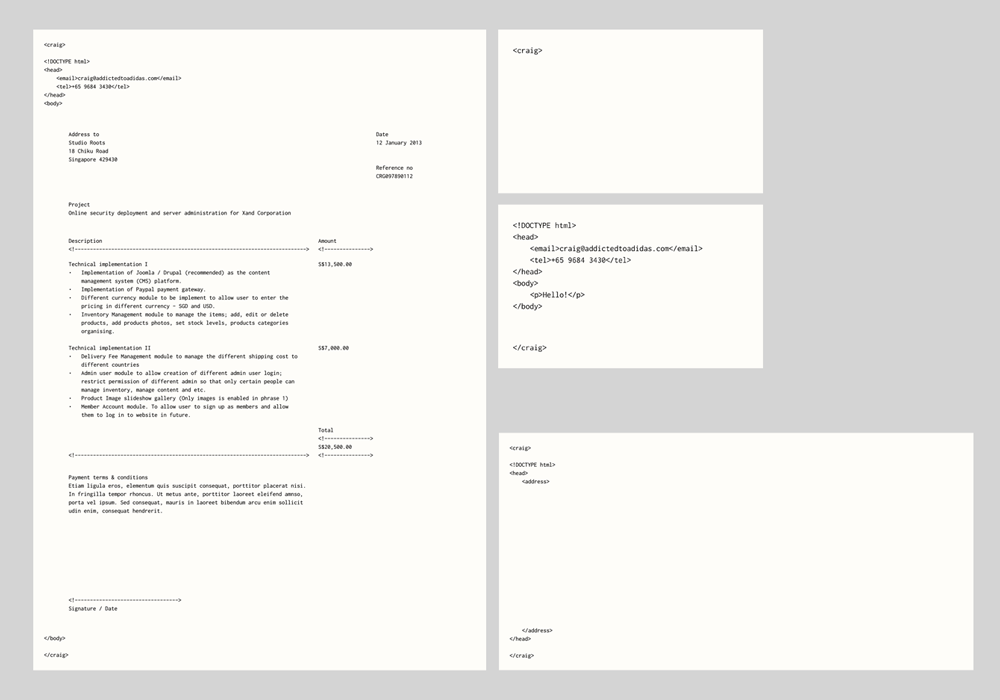 I know, I know. This is like one hundred percent the obvious solution when designing for a web developer, but <craig>’s stationery by Singapore-based Roots is by far the best execution I’ve seen of the HTML code approach. A single monospaced font in one size, style, and color perfectly tabbed. The letterhead is particularly good. See full project.

In recent years efforts have been made to make Jewish culture hip and contemporary — see Heeb — and free of clichéd symbols like the Star of David that Cracow, Poland-based Studio Otwarte call the “Jewish compulsory kit”. Instead they chose the Lion of Judah, the symbol for one of the original Israel tribes, to create the identity for the 23rd Krakow Jewish Culture Festival, that sits on top of nonchalant sans serif typography and glimmers in a simple color palette of black, white, and gold. The applications are extensive and hip as a mitzvah. See full project. 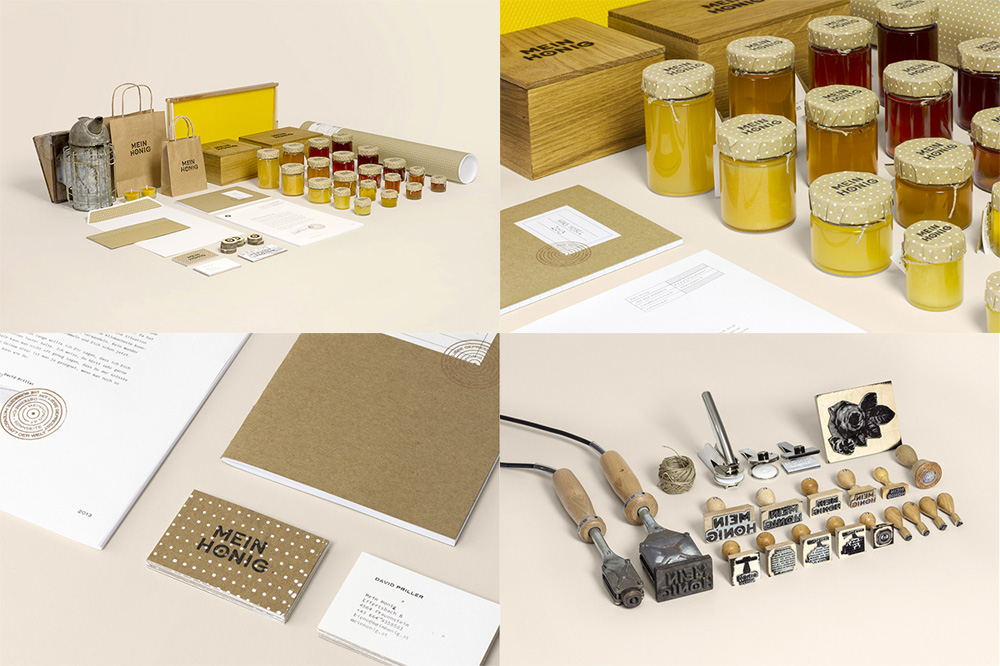 Two copywriters, one developer, one sales manager, one designer, and one beekeeper walk into a bar… Actually, I don’t know if they walk into a bar or not but they do make one mean honey packaging system under the moniker of Mein Honig (My Honey) in Vienna. Their designer, Thomas Lichtblau, has devised a deceivingly simple design system for packaging the honey by only covering each jar’s lid. Their welcoming box set is branded and follows the same simple economy of textures and design. What impressed me the most, despite my browser’s scrolling struggles as it loaded long-ass image after long-ass image, was the presentation of the whole project — smart, compelling, and visually entertaining. See full project.

Simple yet bold color palettes and identity systems make up this week's Friday Links with work from Singapore, Cracow, and Vienna.