From the chilling blue hues of ice packaging to the festively warm colors of a digital agency we have a nicely eclectic range of Friday Likes from Oslo; Irvine, CA; and Brazil via Los Angeles, CA. 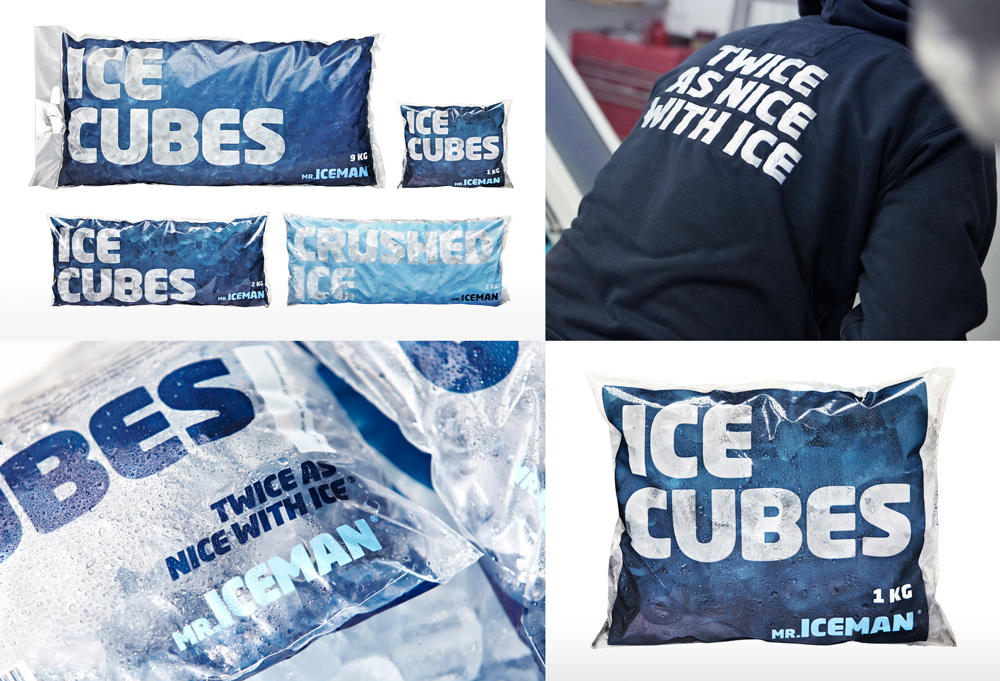 If anyone can make ice cool it’s the Scandinavians as evidenced by Norway’s Mr. Iceman, purveyors of “lean, filtered and purified Norwegian water” that has been frozen under pressure, so there is no air. Designed by Oslo-based Work, the logo and packaging are almost annoyingly simple: it’s a single, bold typeface and it’s blue and transparent. That’s it. And it looks bad-ass. That typeface was put on this earth to sell ice. For some additional photos that show that the project doesn’t look great in just sexy lighting and sweaty bags check Mr. Iceman’s Facebook photos. See full project. 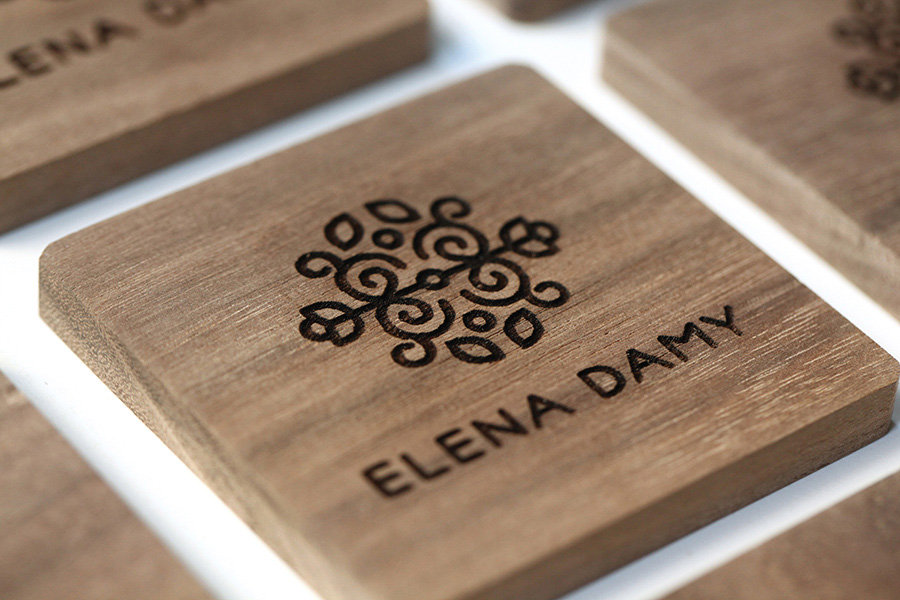 This is isn’t a big, comprehensive identity, just a simple, geometric logo for Baja California- and Los Angeles-based Elena Damy, a high-end wedding and event designer with a penchant for beautiful floral arrangements and sculptures. Whether I’m being seduced by the logo burned into a thick piece of wood is up for debate but I find the logo, designed by Irvine, CA-based Mattson Creative to be charming, sophisticated, and festive in all the right places. See full project. 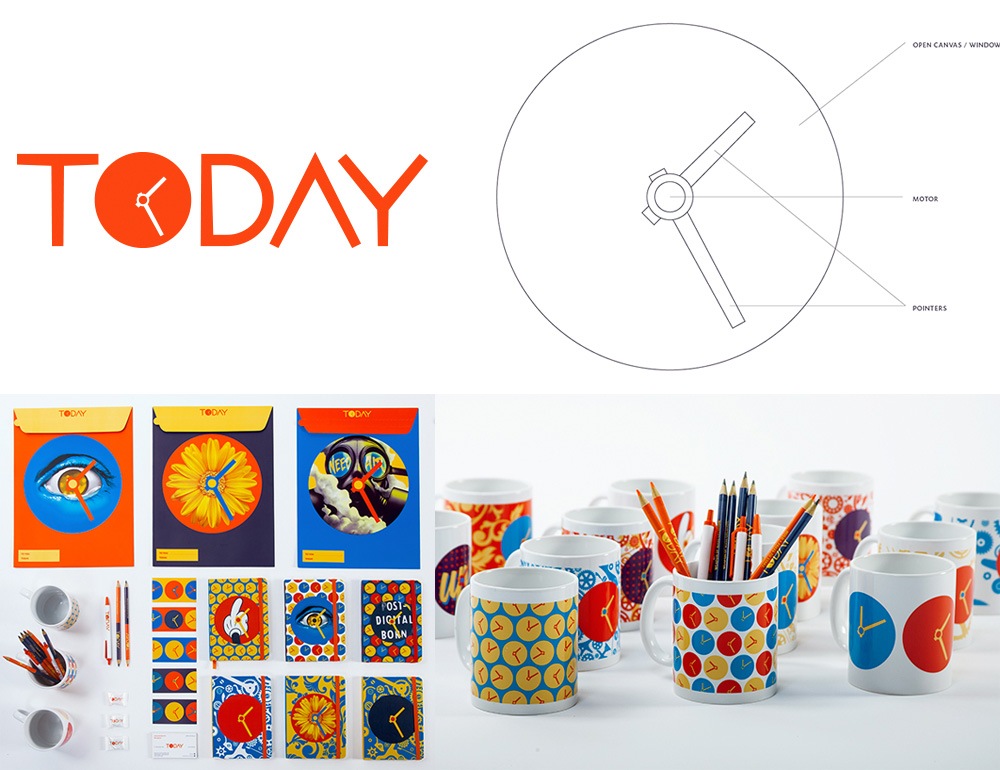 Now here is something completely different that I wouldn’t have expected to like. Today is a digital agency in Sao Paulo, Brazil and their identity is an explosion of color, texture, and shapes that makes Carnival look like, well, still more colorful and crazy but you know where I was going with that. Designed by Los Angeles, CA-based Adhemas Batista, the identity goes in all kinds of crazy and unexpected directions sticking to a yellow, red, and blue palette that is both grating and energizing. I don’t care much for the logo itself but the analog clock device works great with the name and the imagery. See full project.

From the chilling blue hues of ice packaging to the festively warm colors of a digital agency we have a nicely eclectic range of Friday Likes from Oslo; Irvine, CA; and Brazil via Los Angeles, CA.