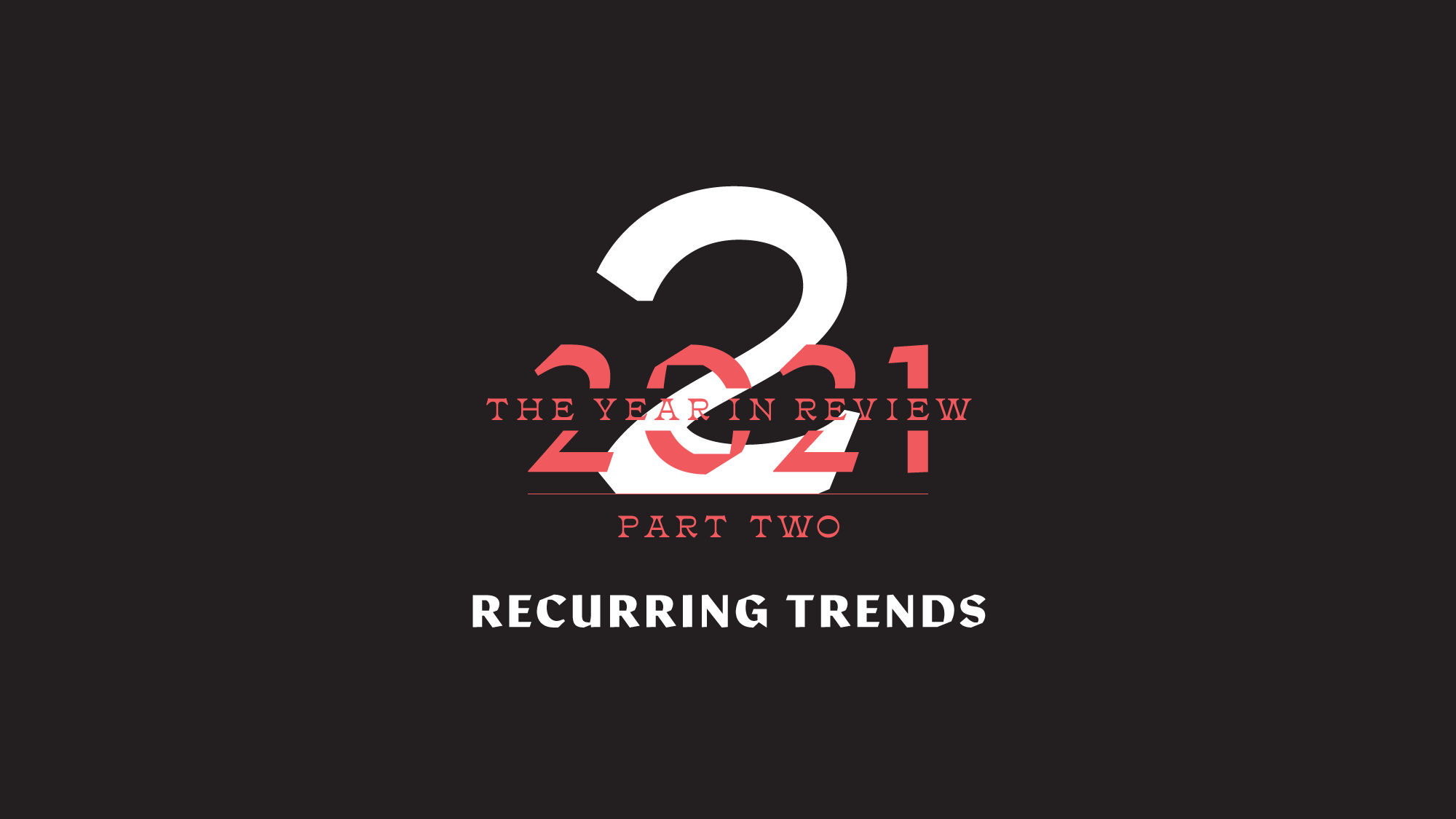 Announced Dec. 21, 2021 by Armin No Comments on The Year in Review Part 2: Recurring Trends

More often than not trends are considered a bad thing, which they can be the longer they drag on where it becomes more evident that others are trying to replicate the success achieved first by someone else but, at their most interesting, trends often reflect a reaction to something else within a similar timeframe where different designers arrived at similar solutions at the same time. Somewhere in between these two scenarios are the range of trends we saw on Brand New in 2021. Not all trends are bad, by the way, so this post isn’t meant to be a shaming exercise but a reflection of what the industry as a whole leaned on to create work. This list isn’t exhaustive either, I’m sure there are a number of things I didn’t spot, so I would love to see in the comments if you noticed a trend I didn’t. In terms of criteria for inclusion… nothing too strict: a trend had to happen at least three times. They are listed here in order of least to most recurring.

This is something I would love to see more of. It’s completely gratuitous, sure, but in the age of the mock-up — and with so many mock-ups making repeat appearances across so many different projects — there is something quite pleasing about the live-action backdrops that add some context and narrative element to the design being shown on the device.

This is a design move I really like as it helps tie the elements together and create a connecting thread across applications, all while literally delineating colors and shapes.

This is a trend I wouldn’t have minded seeing more of… when done right, marker type can definitely add a human touch to an identity and its gooey, hand-drawn aesthetic is always a pleasure.

Other typefaces were probably used more but there is something about OH no’s Obviously that makes it stand out as an interesting choice and it has an ability to take on different flavors depending on the client and the design.

In the 15+ years worth of Brand New archives there have only been four total popcorn mock-ups. Three of those four appeared in 2021. For 2022, I would say more popcorn and less socks mock-ups. 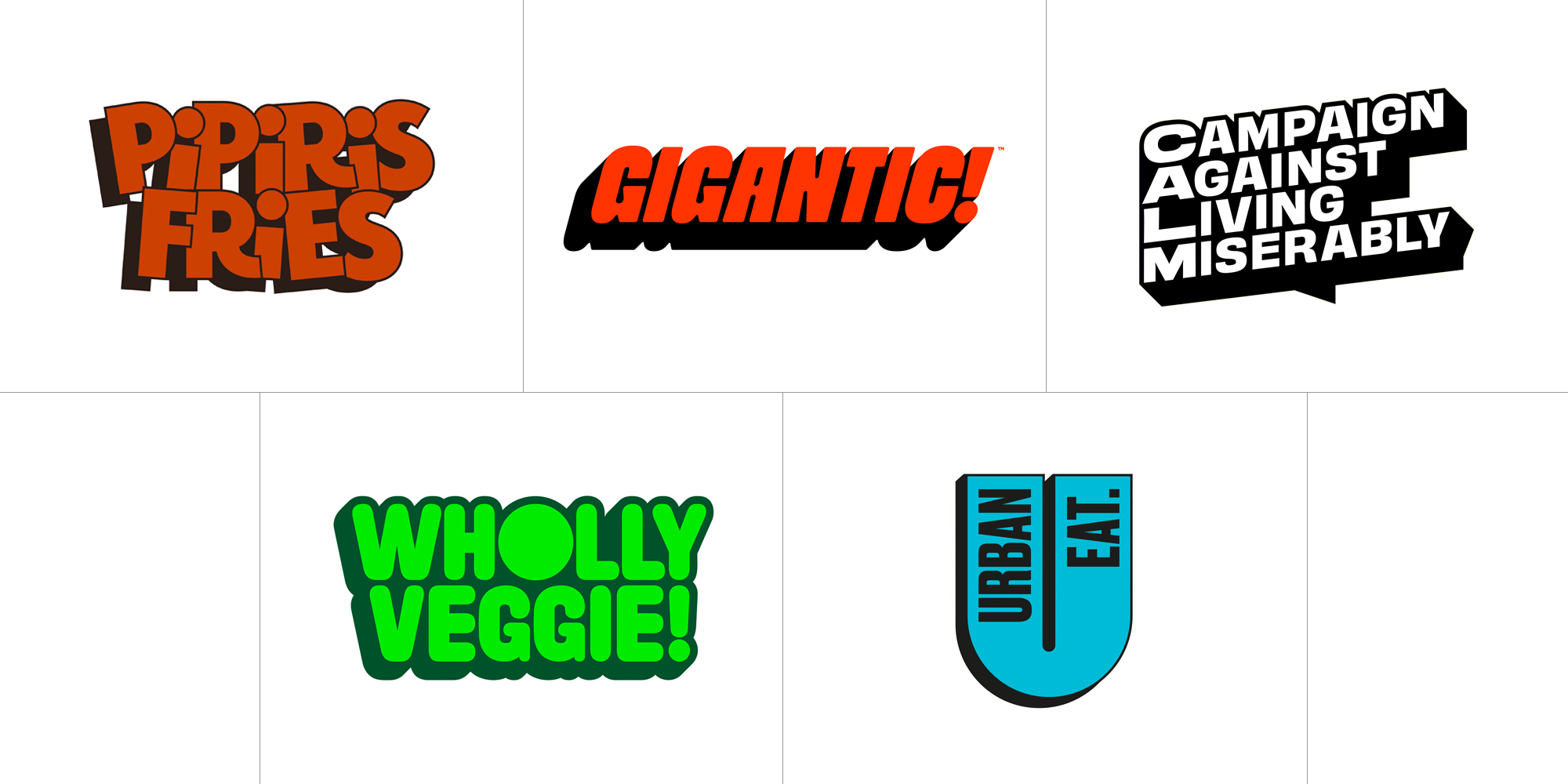 A good hard shadow is hard to beat as a way to “ground” a logo and give it some nice heft without having to resort to 3D effects or gradients.

Inanimate Things with Arms and/or Legs 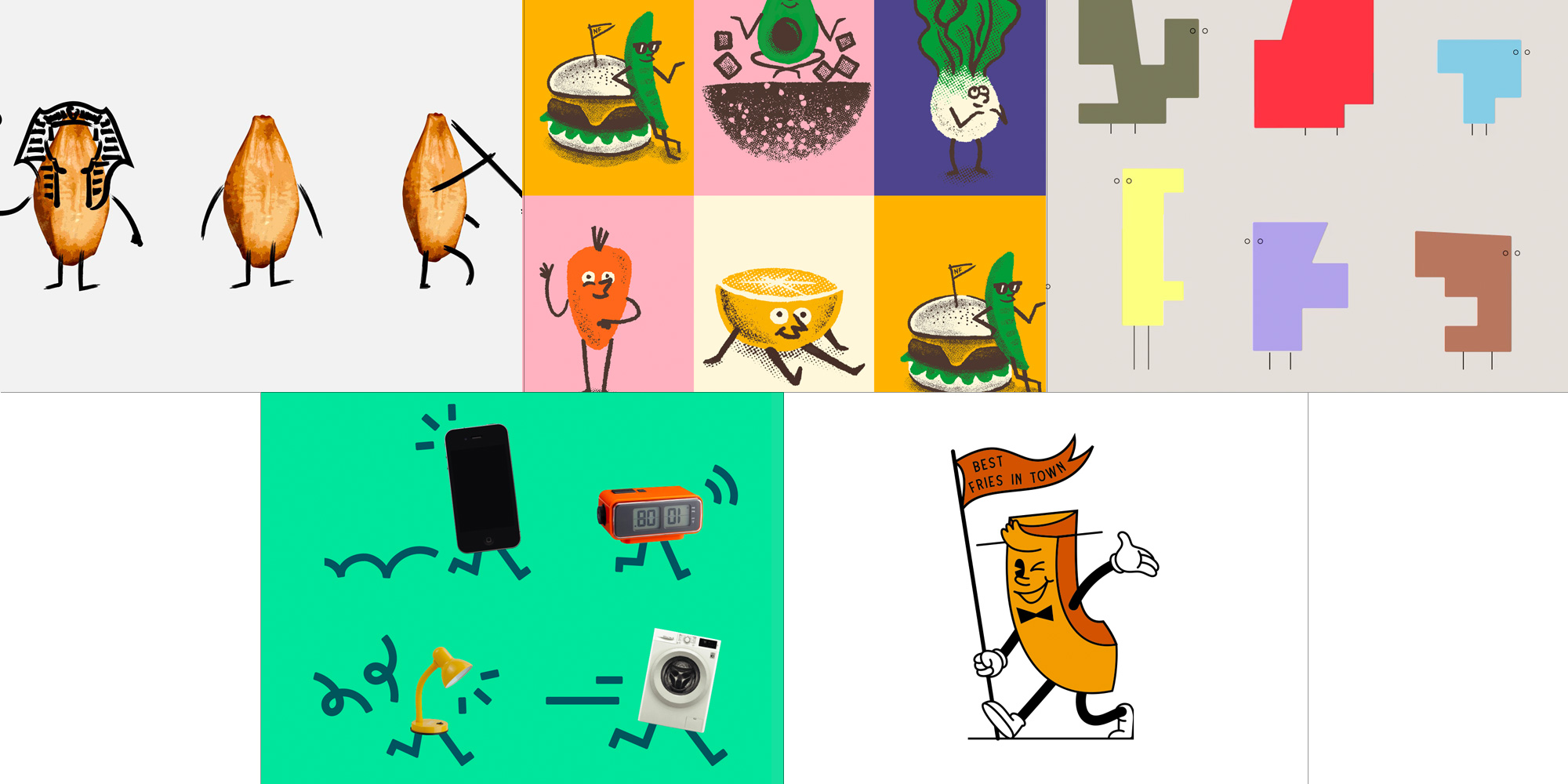 A pretty entertaining range of inanimate objects were elevated to mascot status with the funny addition of arms and/or legs. We can probably blame (or thank) 2020’s identity for HumanForest by South. 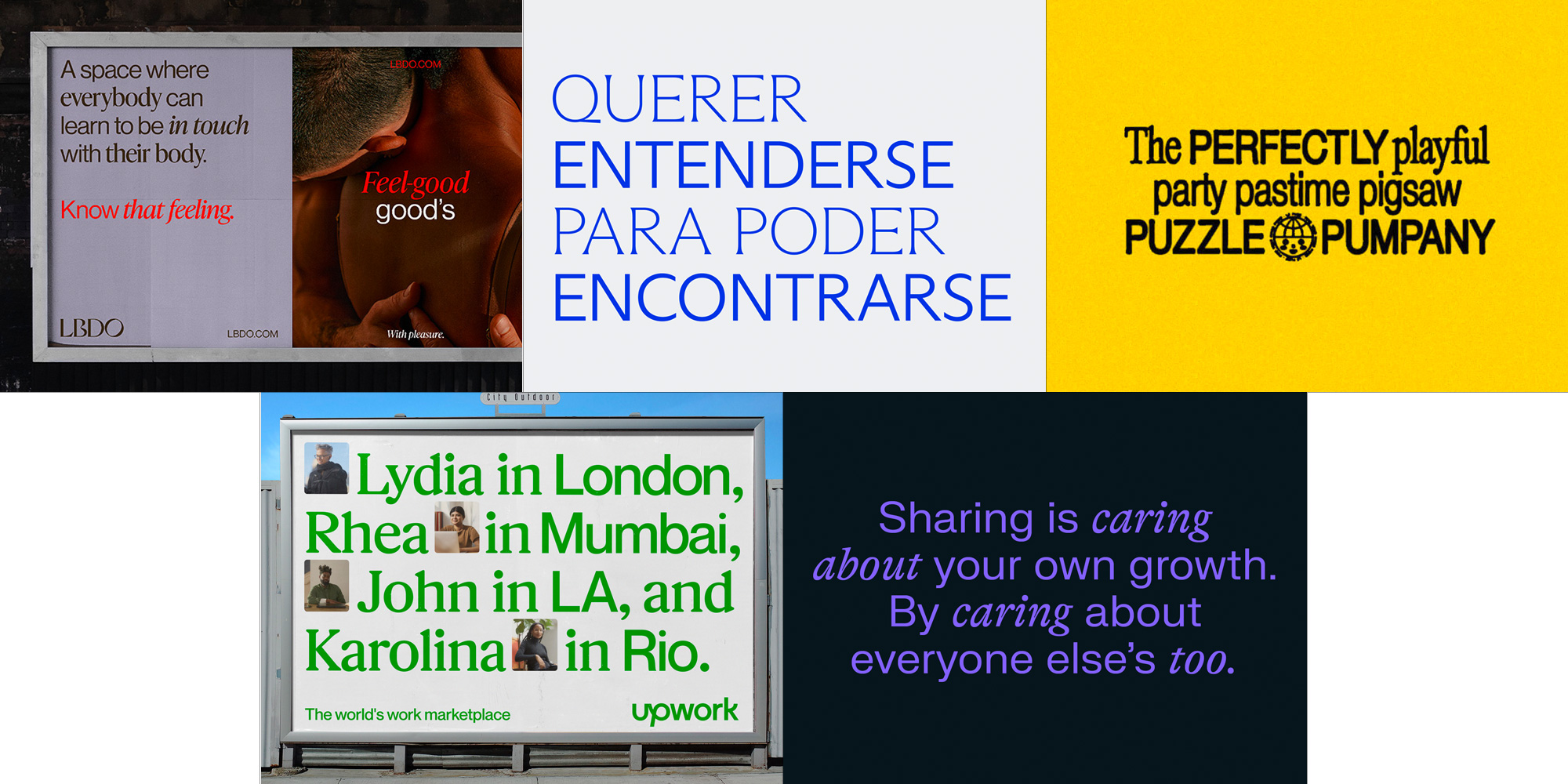 Mixing serifs and sans serifs is Typography 101 but this year we saw plenty of heavy-handed mixing of the two styles within the same sentence, mostly to good effect but one that maybe got tiresome towards the end of the year. 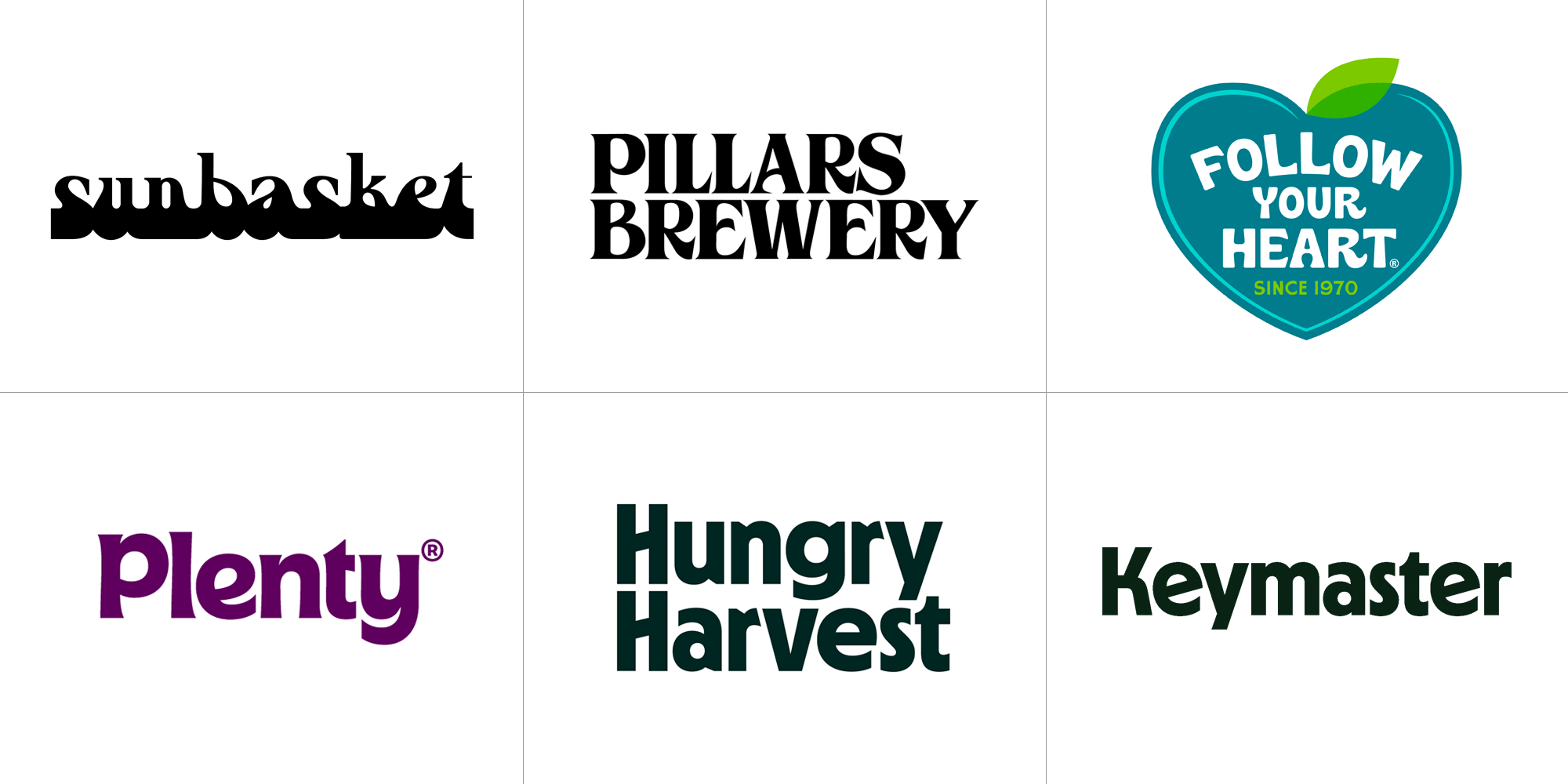 This is a direct influence of the popularity of Netflix’s Stranger Things and its much-admired opening titles. The series launched four years ago but its 1970s-esque logo has inspired a slew of designers and clients to adopt the personality-filled typographic style of the decade and made it into an acceptable mainstream style. 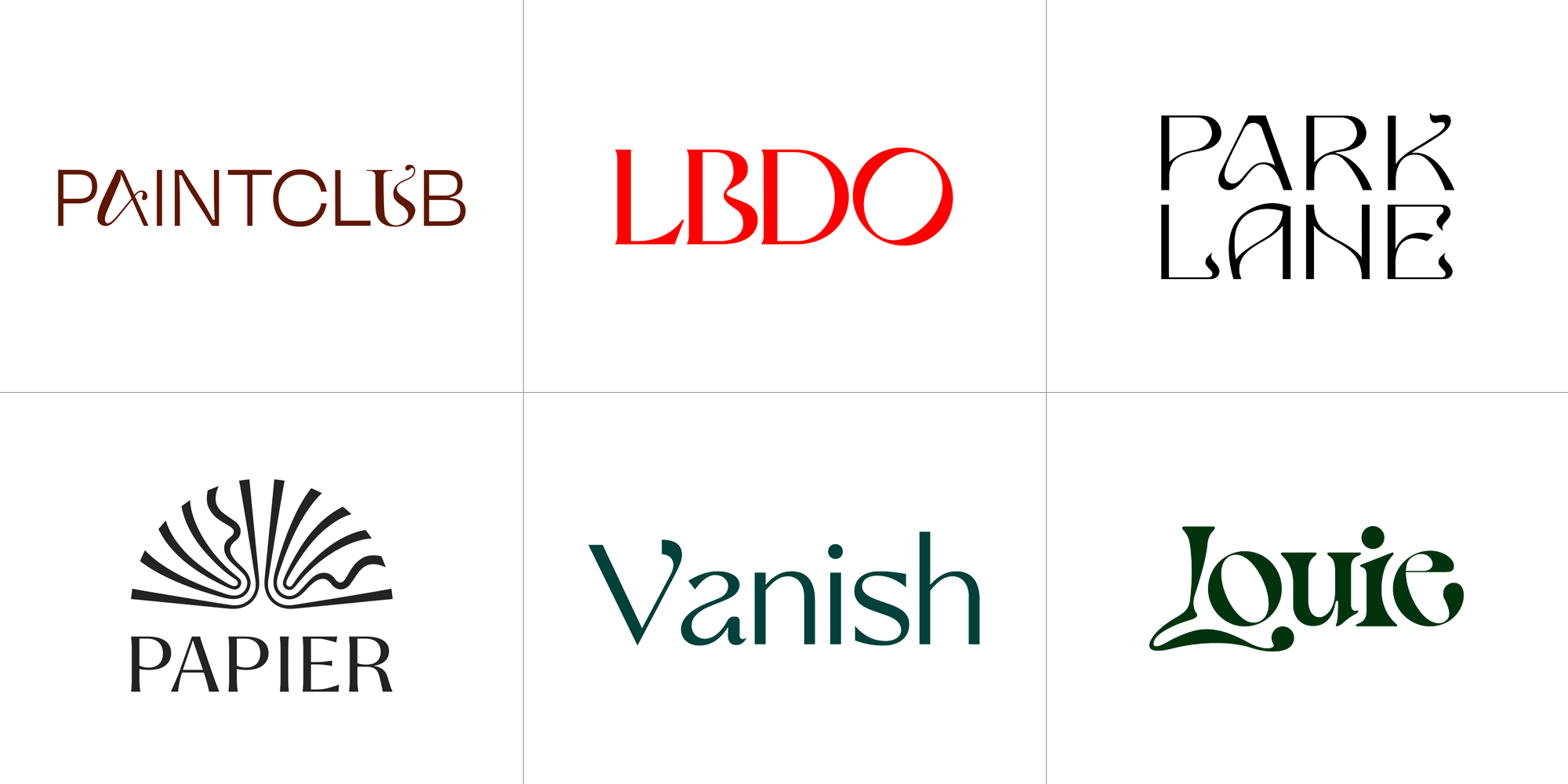 With COLLINS’ identity for Crane at the end of 2020 igniting interest in Art Nouveau, plenty of logos integrated dramatic curves into their design. 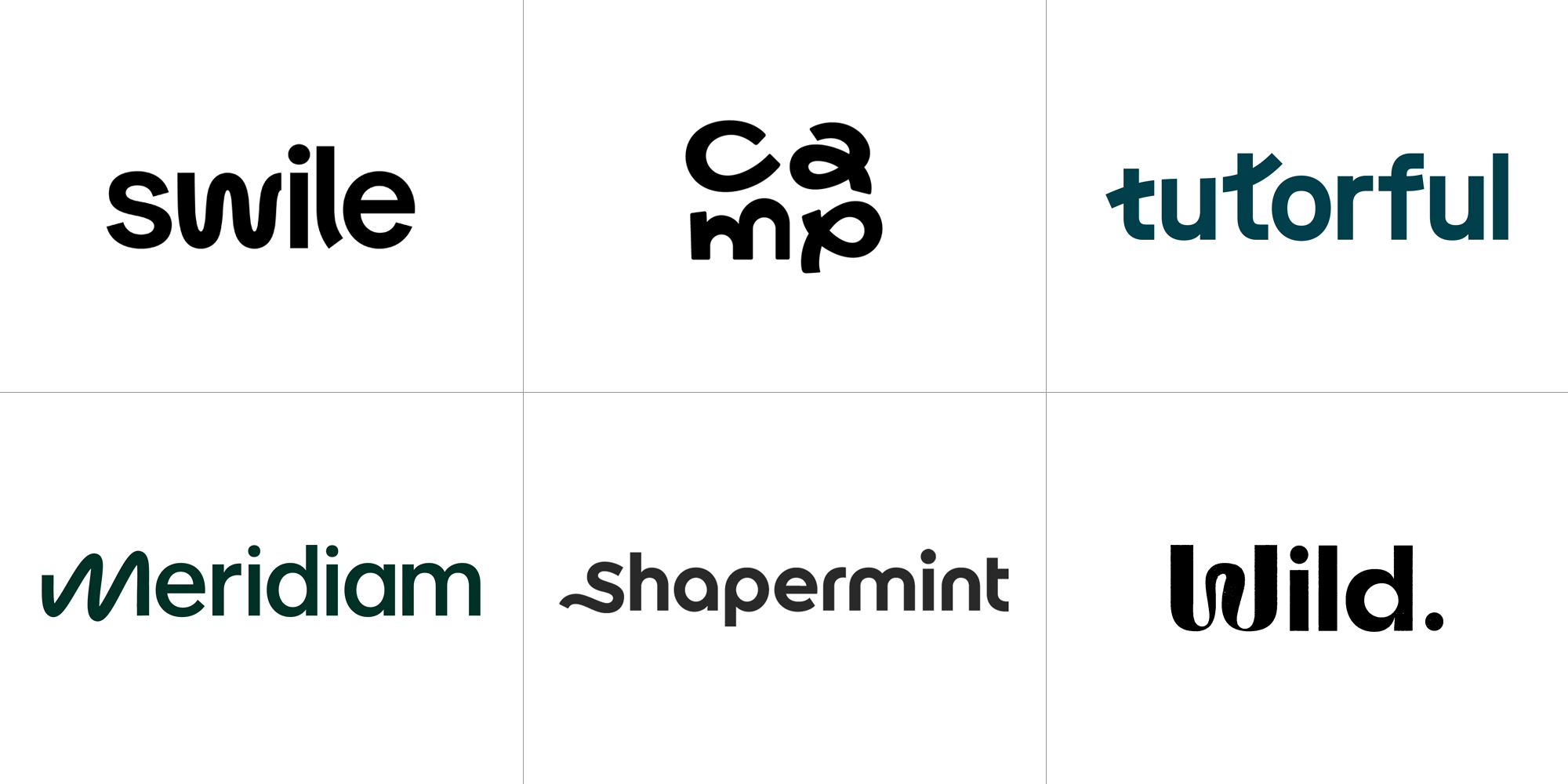 Loosely related to the above and a direct reaction to avoiding the “Basic, Standalone Wordmarks” of 2020, some basic, standalone sans serif wordmarks were given an extra curl here or there to make them more unique and distinguishable. 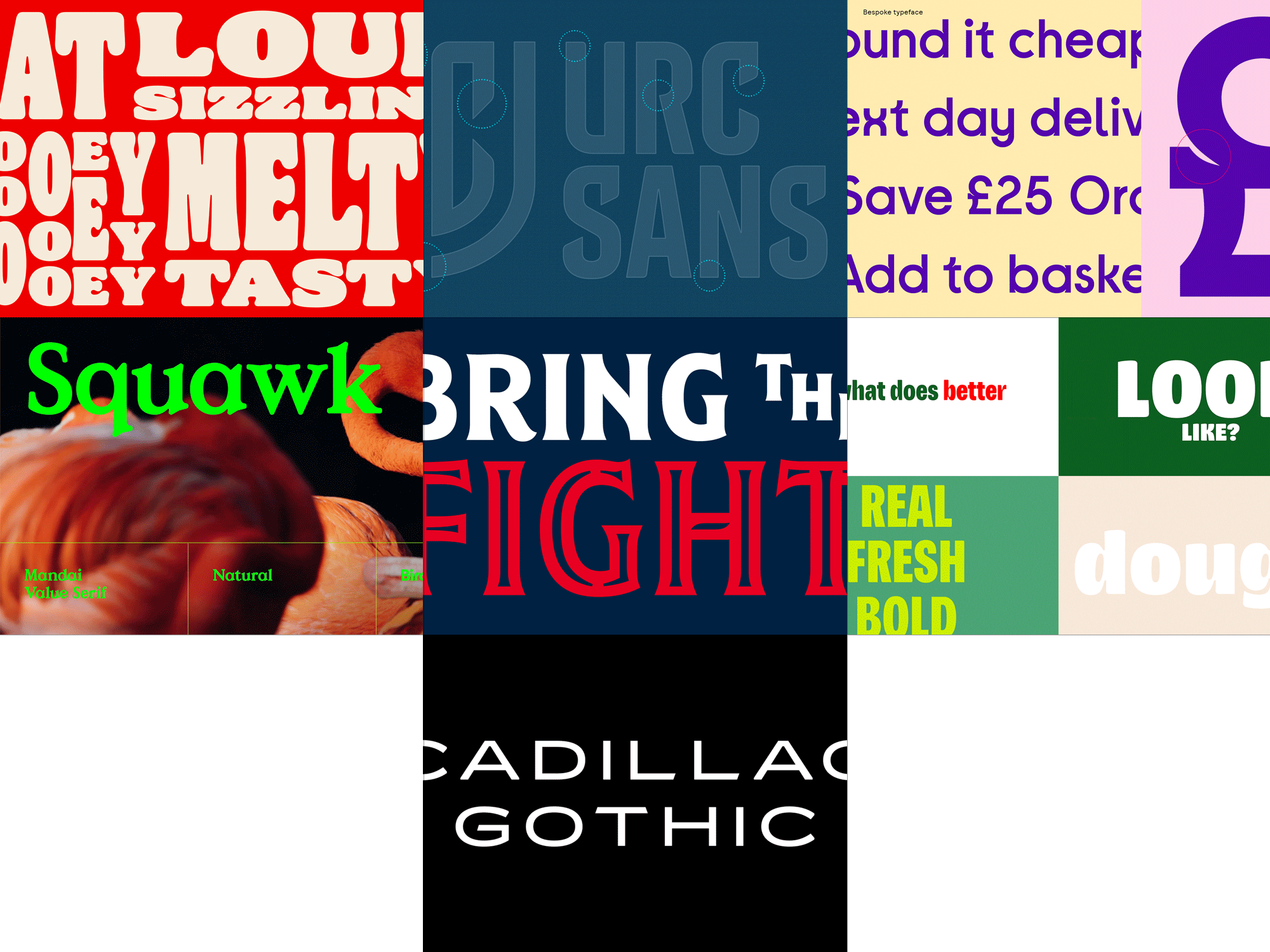 Last year we saw the rise of proprietary typefaces as a trend — ranking 2 in 2020 — and this year we saw plenty of them again but if you really wanted to be part of the cool kids club you had to hire Colophon Foundry for it. 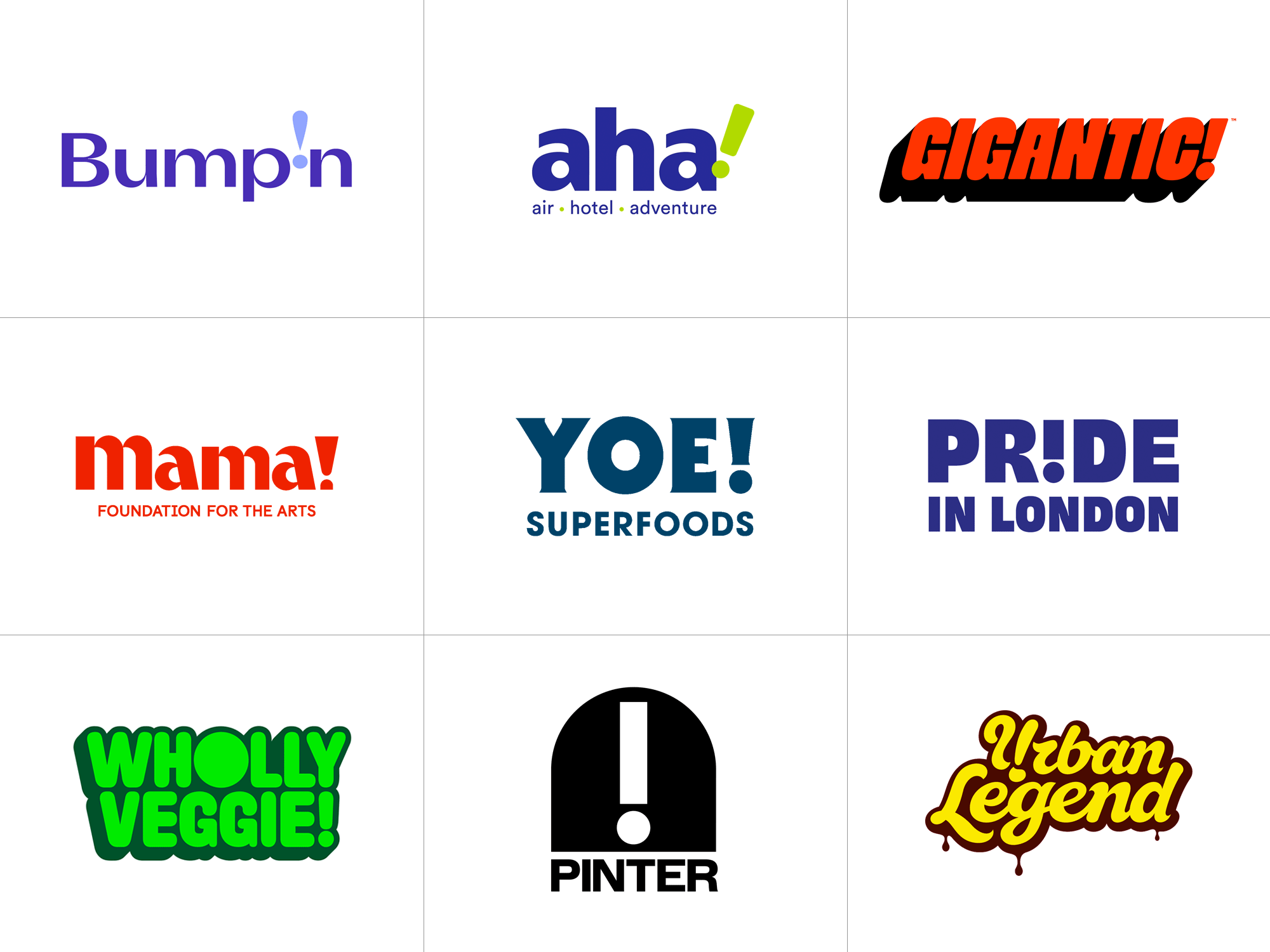 I was surprised by this! I hadn’t realized how many names/logos used exclamation points this year. 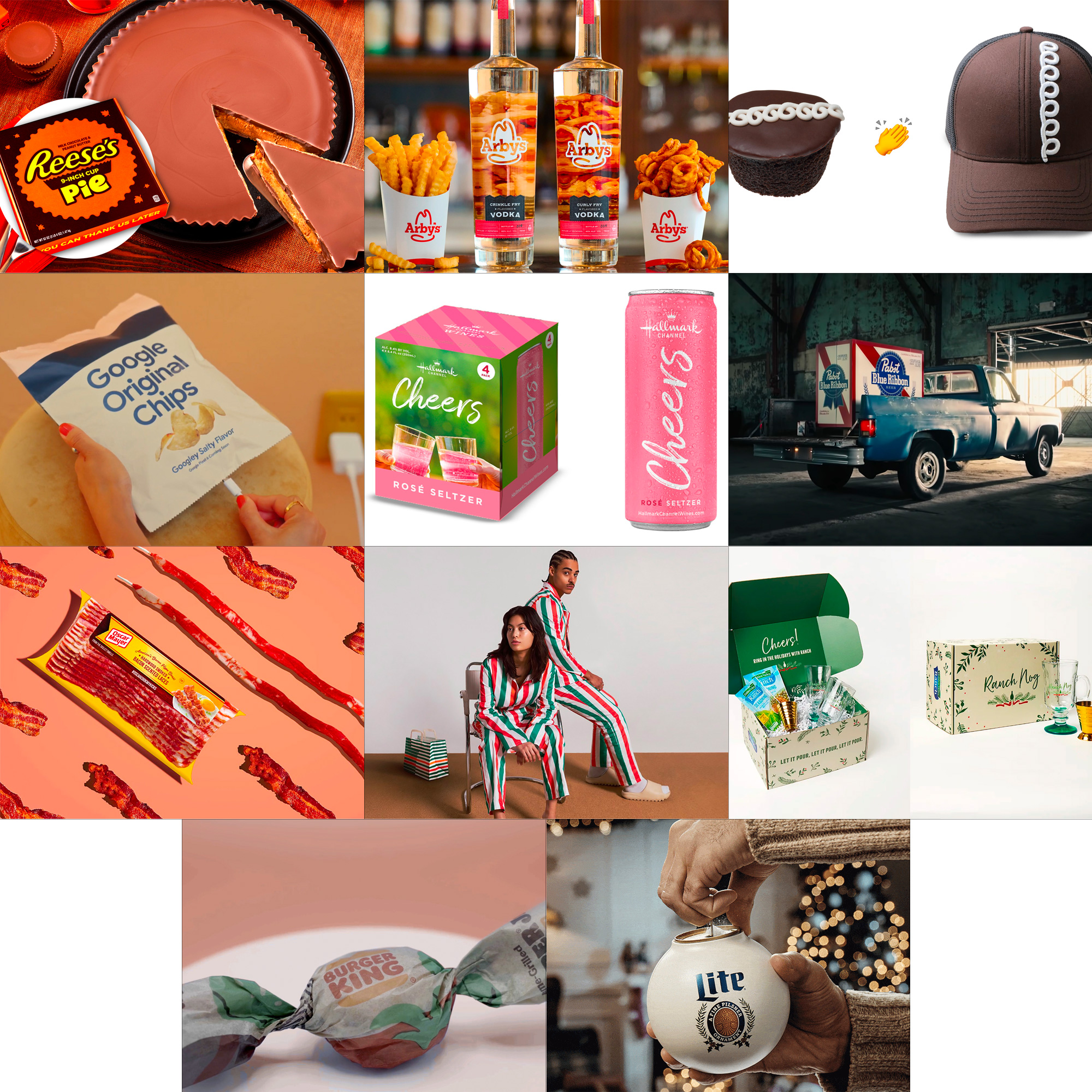 This trend may not seem completely new as there was a similar inclusion in 2020 under “Corp Merch” but it seems brands tried to outdo each other this year with even more radical ideas. There are 11 included here but there were at least a dozen others out there that we didn’t post on Brand New. 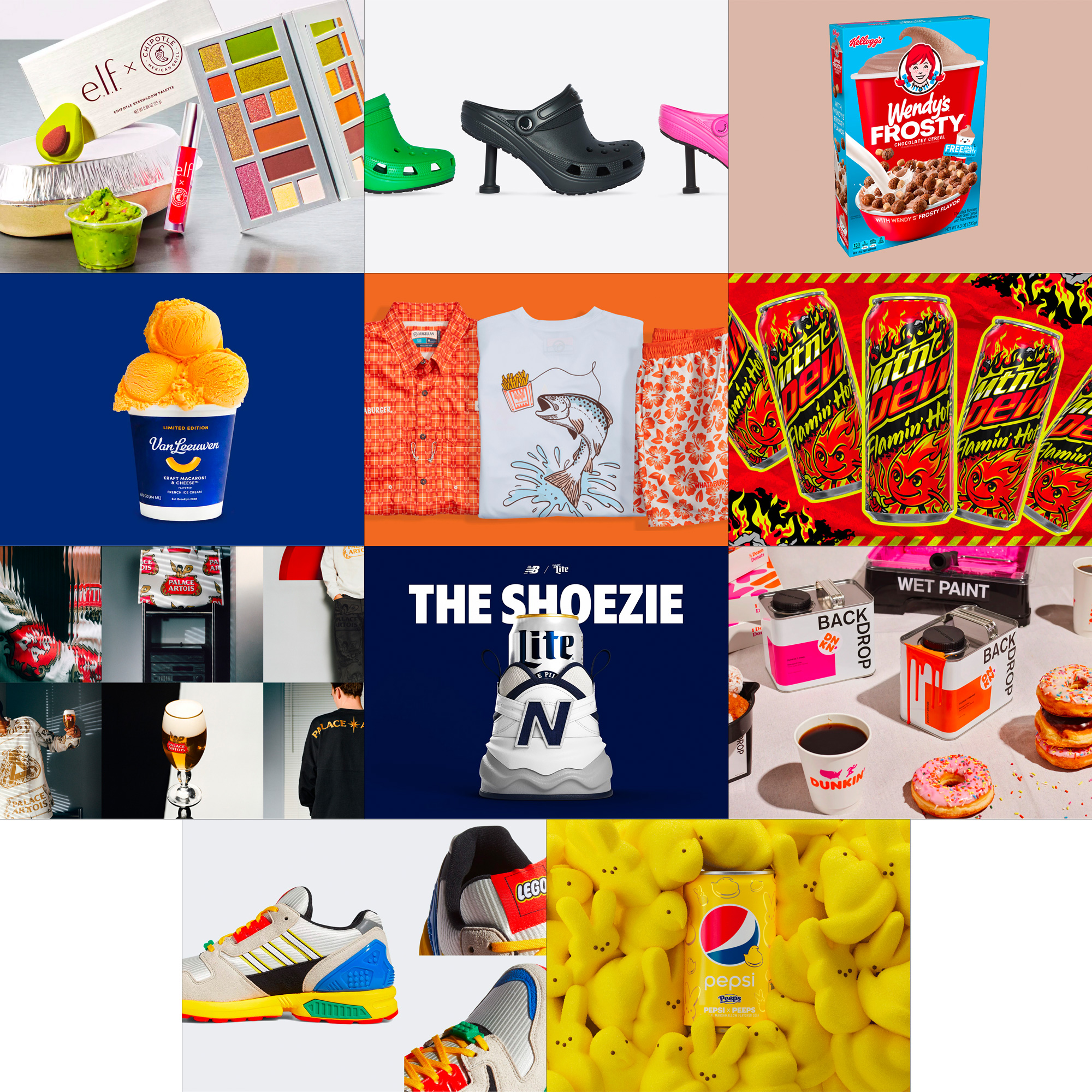 Tightly related to the above, some brands joined forces to create product Frankensteins that ranged from “Oh, cool” to “What the hell?”. There is something interesting about this trend and the one above where I think it’s a direct result of the pandemic and brands trying to reach their audience in new and exciting ways and create some sense of connection at a time where it’s much more difficult to engage and interact. 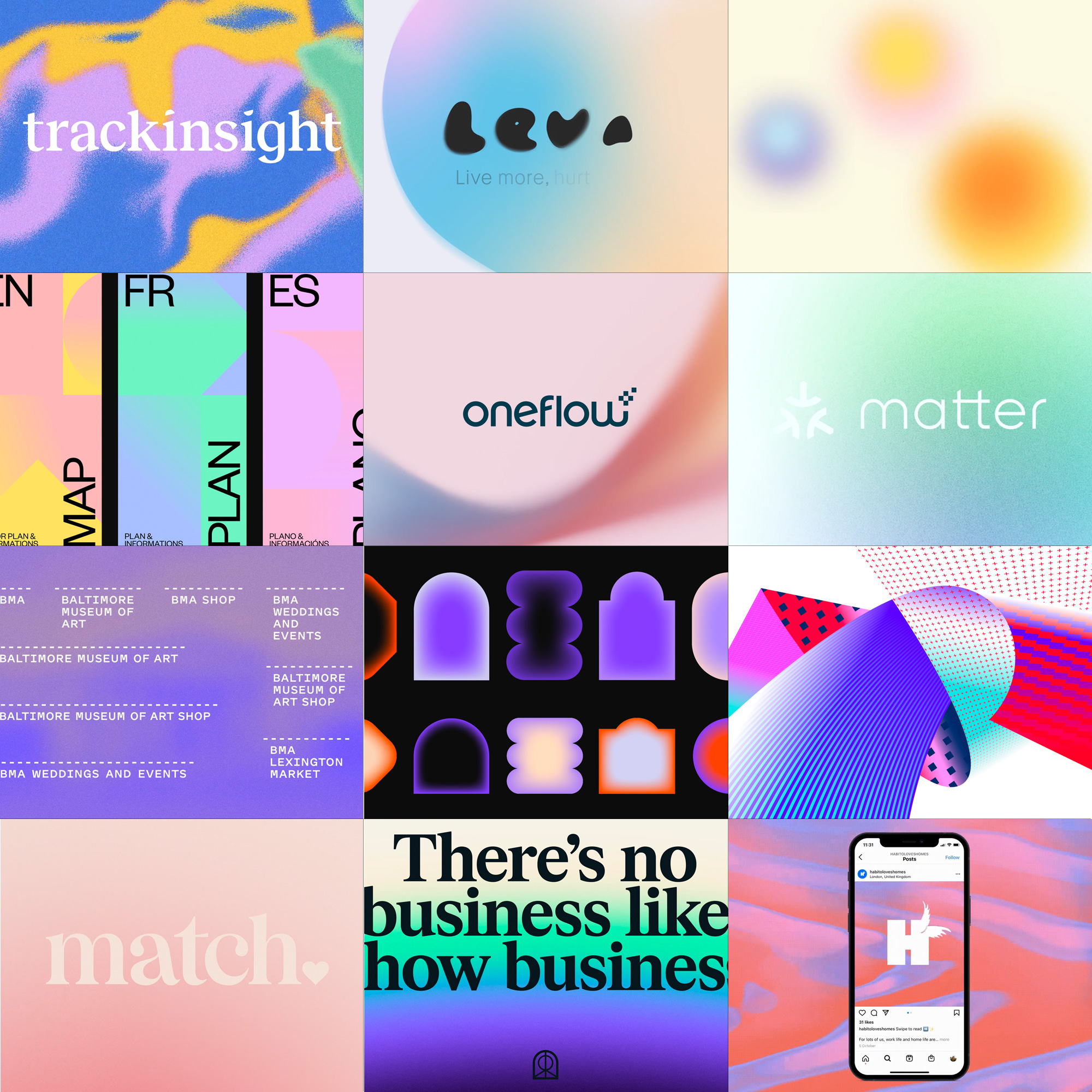 Gradients are far from new and they have been a trend on and off for decades but in 2021 gradients were taken to the next level as an identity element. They were given textures, they were put in motion, they were arranged in more complex compositions than linear or radial, and they were never only two colors. In most cases these were really well done and provided novel interpretations of a design tool we’ve all had at our disposal since the advent of Photoshop and the reality that “But, will it fax?” has been replaced with “But will it Instagram?” and these gradients are prime to answer that question with a resounding “Yes”.