First time we do this, so hopefully it’s something you all enjoy: Selected quotes from our 2012 Brand New Conference speakers and a very edited selection — as there were hundreds — of tweets. Like what you see? Get the videos. 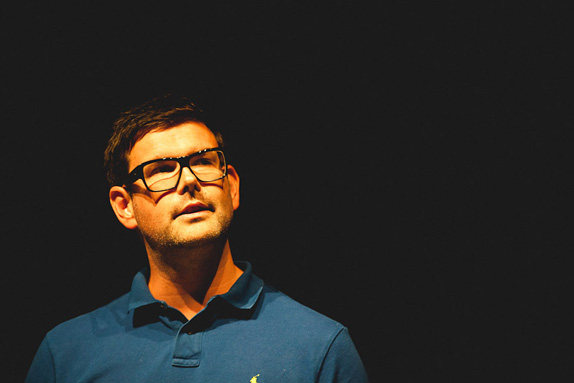 A brand is not what it says. It’s what it does.

We do work in not knowing. That, I think, is the best definition of creativity.

Weird works, and that’s what you talk about. No one talks about standing on a gray carpet, people talk about, ‘I was driving home last night and an owl hit the car.’ That’s weird stuff.”

@id29: “Everyone who has chosen a duvet cover thinks they know design.” -@Manchipp #lolz #BNConf

@scusano: If a firm’s relationship with a client becomes “servant/master” it’s probably time to say goodbye. Better for everyone. — @manchipp #bnconf

@malcontentnyc: @manchipp Your work and #bnconf presentation : both products of a very fine mind. Well done. 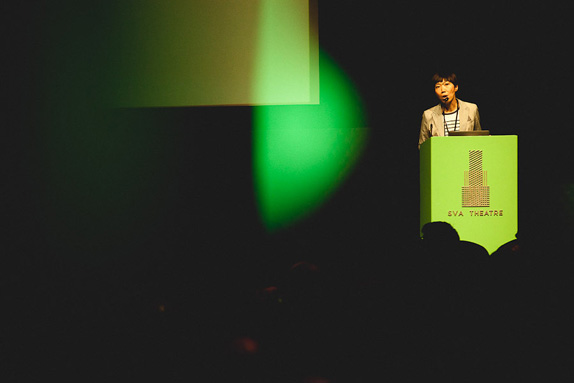 We believe that how people connect to a brand is not just beautiful graphics or amazing packaging. There needs to be a hook or story that people can relate to, and connect to, so that it makes the brand more memorable.

We ask ourselves often whether there’s a need to have a logo for a brand or if a brand can exist without a logo. [We think a brand can be] more about patterns, illustration, smell, sound, and touch.

Typically a client will approach a design agency with a project and a laundry list of to-dos. It is an equally good idea [for an agency] to come up with an idea or concept and take it to the client. Agency initiated ideas or concepts need not be constrained to one particular client.

Our process is about 70% storytelling and 30% application. Sometimes our clients complain that we are a little bit slow but I think [storytelling] is important. I think anybody can design a really beautiful logo; we just want to make something that’s more than that, something memorable.

A few of her quotes captured in tweets and audience opinions:

@bnconf: The brief need not come from the client! - Yah Leng Yu #bnconf

@BigBearGarden: Whoa. “The client interviewed 37 other design firms and ad agencies. We were the 38th.” - Yah-Leng Yu #bnconf 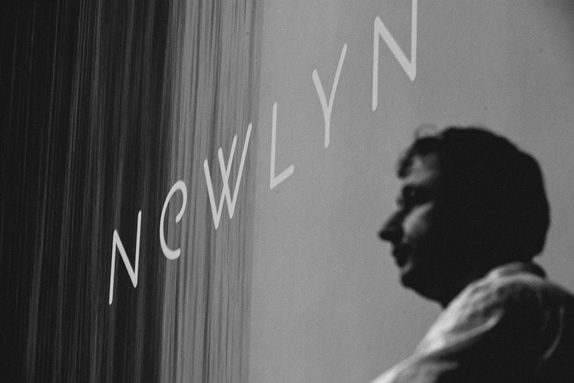 Stories have an end, and unless you want to think of your brand as having an end, then forget the storytelling idea, and forget people who talk about brand storytelling.

A logotype is a gift, both in terms of the forms, the letters that you particularly got to use, and also in respect of the meaning of that word.

Art is culture, and culture, well, it’s not really my friend. I think the problem with culture for me is that it provides rules and myths according to which we all repeat ourselves. If design is to be useful for business, to play a positive role in the economy, I feel it should cut all links with art.

Do I have any favorite techniques? Techniques are habits, and habits are a refusal of the moment and a reliving of the past. A habitual person is not interested in the present, but a person with habits can have style. The person who lives in the moment cannot have style.

@_scottfuller: “A logo is a kind of flag, and people fight beneath flags.”

@rademark_: My process begins with ugliness, a deep understanding of it is necessary to get to beauty and realness @milesnewlyn #BNConf

@elenithecamera: “When I find truth - when I know it’s finished.” #truthistruth @MilesNewlyn is a philosopher as much as he is a creator of beauty. #bnconf

@stuwdesigner: Loved @milesnewlyn’s #BNConf talk. Well worth £3. You will not see a more original lecture. 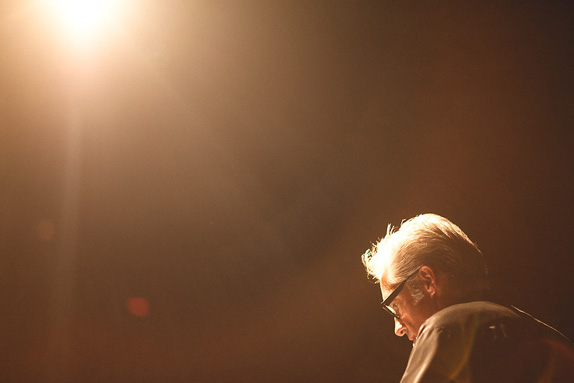 Clients are desperate for ideas, as they should be. If we come in with ideas about new products or how to take a product and move it into a new channel, they’re open to those ideas. They ask us to take them on and develop them and build them, and then we end up with assignments that are really and truly interesting.

Simplicity is a clear and compelling action that requires honesty, skill and courage. Its beauty lies in being both unexpectedly fresh and remarkably self-evident. It’s surprising, but only because we should have thought of it before.

The design problems [we face] span core essential identity and logo and graphic systems, but they can go a lot deeper than that in helping companies, organizations, brands, and universities engage with really important people in ways that matter and help them succeed.

Simplicity matters worldwide. 70% of people around the world equate simplicity with peace of mind and say it actually reduces the stress in their lives. [This demonstrates] that simplicity is a core human need. If you’re a designer, and you know that, that can provide enormous focus as you commence any design assignment.

People around the world recognize that if they don’t control complexity, it will control them. The design question then becomes, ‘How can we help them master complexity?’. That, in my view, is one of the new, big, brand challenges. The brands that answer that question correctly are going to win passion from customers, passion from employees, and respect from the outside world.

@R_GordonSmith: Simple is smart because simplicity cuts through the clutter to the essence of a problem #bnconf #SiegelGale (Howard Belk)

@agodriguez: “if you don’t control complexity, it will control you” by - Howard Belk from @SiegelGale at #BNConf 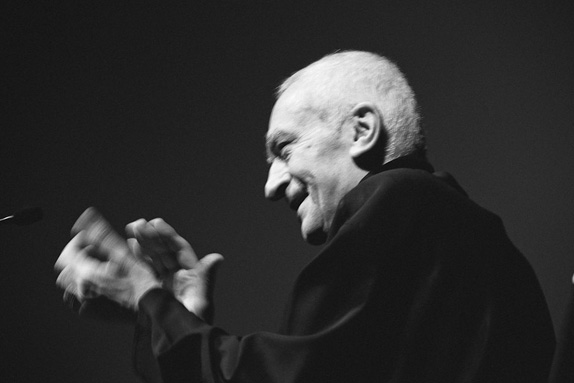 Always not only work with the best client, but deal with the top. Don’t deal with middle management, it’s a waste of time.

That is the position for the designers, to expand quality through the new devices, and not to expand junk, which unfortunately is usually the first approach.

Don’t work for money, because it’s the lousiest profession in the world to make money.

You do design because you feel it inside; you have a moral issue to spread quality in our environment.

@rademark_: “A designer should be able to design everything, from a spoon to a city” @vignelli #BNConf

@randygregoryII: @vignelli has an energy that even young designers don’t posses. #bnconf

@brainpicker: “Every computer today replaces 5 people from before, 10 people sometimes.” @vignelli on technology and design #BNConf

@brainpicker: HA! “When I go to Italy, it’s a continuous orgasm for my ego — every station has my graphics.” J’adore @vignelli #BNConf

@ConroyLand: Heaven is so damn boring. I want to go to hell……all my friends will be there - Massimo Vignelli #bnconf

@brainpicker: “The first thing you need to make clear to a client is that you aren’t there to answer his wants but to answer his needs.” @vignelli #BNConf

@printmag: Hard to resist retweeting the endless stream of @vignelli epigrams coming out of the #BNconf right now. That guy is a quote machine!

Yo Santosa of Ferroconcrete 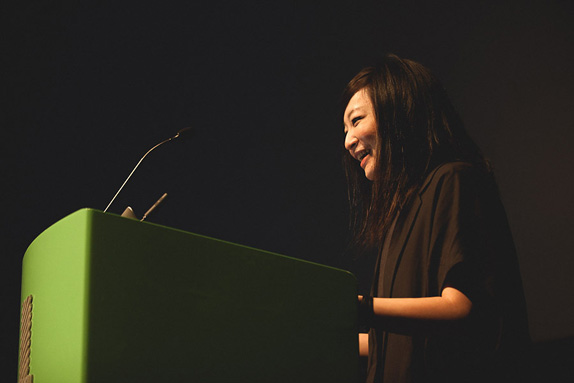 I do miss [designing]. At one point, when it got a little bigger and I realized I didn’t have time to design anymore, it got really frustrating for me. I think that was just me transitioning into a creative director role. A designer would do something and I would say, ‘Let me take your file and mess around with it,’ and of course the designers got kind of insulted. After awhile I started learning to just let go and trust it and really communicate better.

What I’ve learned through the process of working in different mediums is that it’s really not about the medium. When you create brands, it has to be applied across every touch point and every touch point has to speak differently.

A few of her quotes captured in tweets and audience opinions:

@melenaholder: Yo Santosa is adorable; you can see her personality through her branding of pinkberry @ferroconcrete #bnconf

@ConroyLand: Yolanda Santosa- pinkberry to hustler, the afternoon is looking up! #bnconf

@kristifrancisco: I now have a girlcrush on Yo Santosa from @ferroconcrete as well. She rocks. #bnconf 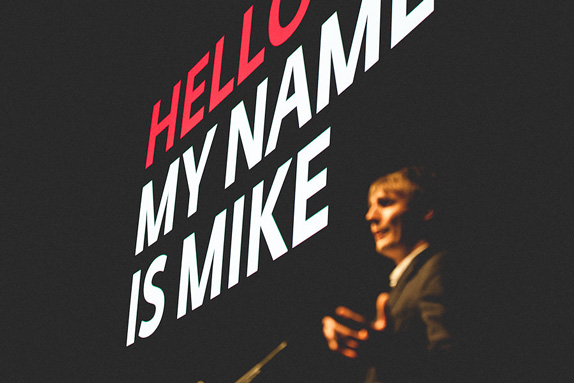 Branding, to a degree, is invisible. Often the most valuable part of the branding program actually goes on behind the scenes. Internal engagements, giving an organization and a brand renewed focus and passion and belief and unity. That’s something that not a lot of people see that don’t work in branding.

Design isn’t just an iterative process, it’s actually a really emotional one. We have to really care about what we’re doing, and care about out clients’ businesses.

We design feelings first, not graphics.

It’s often said that a brand is like a person. What I would add to that is that branding is about finding the very best in that person. That’s a fantastic job.

@randygregoryII: @mikerigby “fight Alzheimer’s” campaign got me teary eyed. The power of a brand is incredible. we need this for America. #BNConf 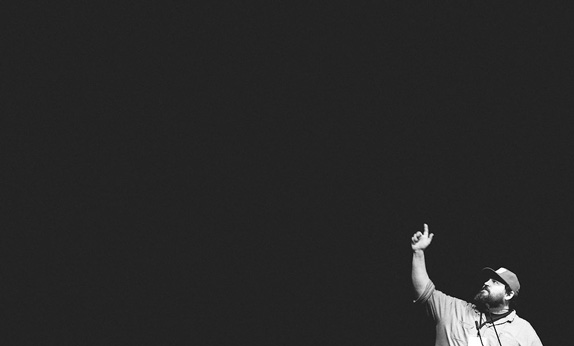 You start to pretend to want to be there, because you’re there for that paycheck. When my freelance started to outweigh what I was making on the clock pretending to like to have to fly down to Southern California to work on action sports shit, that’s when I, like good Midwesterner, put in my month’s notice.

When you’re lamenting the big job, the small job, the tough job, the whatever, think about how lucky we are to do this shit. It’s okay to take a job just ‘cause it’s fun, man.

We have a million fonts, a million colors, and a million piles of shit leaving our fingers all day long. It’s just sad to me, because when you look at this [vintage ephemera], it’s just about communication. One font and a thing called hierarchy. Now, I’m not going to give away my secrets, but I studied some of this shit for awhile.

Never comprise the weird shit you make and someone will love that stuff.

People are always asking me, ‘How do you find time for all this shit?’ And I always tell them, I make it. I make the time.

Work hard and love this shit. I really mean that. I’ve worked some shitty jobs. I’ve battled bald-faced hornets in the fuckin’ north woods of Michigan. I’ve washed dishes, cut my hands to shit, for four summers up in Alaska just to buy the tools that every kid seems to have now. Every time I hear someone lamenting about having to make a client change or work some long hours, it’s just kind of like, man, stop. You haven’t exerted anything but a mouse finger for how many years? So just think about that shit. We’re lucky.

@debbiemillman: #bnconf oh Aaron James @draplin you so freaking belong on that stage. You rule.

@kuanluo: Thank you, @draplin for reminding me the awesome feeling of doing shit because you can’t stop it. Such amazing talk. #BNConf

@kdigilio: And @draplin brings the house down. Ending on belly laughs and a huge smile. No details, buy his talk when available. #bnconf

First time we do this, so hopefully it's something you all enjoy: Selected quotes from our 2012 Brand New Conference speakers and a very edited selection — as there were hundreds — of tweets. Like what you see? Get the videos.

New Logo for Material by co:collective

New Logo for SMFA at Tufts