When I was first tipped about the change of logo at msnbc.com, earlier this month, I floatingly replied, “looks like at least someone’s paying attention to the kerning,” and dismissed it as a simple typography change made internally over the weekend while no one was watching. This, paradoxically, is both disdain for the new msnbc.com logo but praise for the new identity and brand positioning. Let me explain. (As if I wasn’t going to).

As is evidently obvious, the new logo has switched from the unbelievably clunky, non-flattering, monolithic, typographically-wrong — heinous horizontal scaling anyone? — uppercase wordmark to an überfriendly lowercase setting. The peacock’s feathers, of course, have been left unrattled. The move is instantly beneficial in that the mark becomes approachable and rhythmical, instead of cold and monotonous. And this is achieved just by switching from one sans serif — a mangled Helvetica or, worse, possibly Arial — to another — the never-wrong Gotham. Some might consider this a moot, unnoticeable switch but, my guess is that, a screaming change was not in order, and as far as subtle moves go, this is as good as any. The move to lowercase is probably intended to establish msnbc.com’s own identity and shed some of the weight from its genealogical roots, those of the its namesake: MSN and NBC. It succeeds in doing so and forcing you to stop trying to think about what M S N B and C stand for, however, the continued uncapitalization of corporate and brand identity — further enunciated by the proverbial Web 2.0 logos — favors form over substance, and eventually all logos will be blobby, friendly, meaningless avatars of their original meaning. So the logo redesign itself is not exponentially interesting or drastic but it does what it’s intended to do: Signal change.

On April 2, msnbc.com, working with SS+K — “a bunch of… guys with experience in elections and crisis communications” — launched its first themed campaign: A Fuller Spectrum of News. First some press releasing:

“The Fuller Spectrum of News campaign speaks to msnbc.com’s rich consumer experience, an online environment no other news site offers. It’s designed to bring to life compelling, original and even quirky stories, and showcase the diversity of media, sources and platforms consumers discover on the site.”
— Catherine Captain, vice president of marketing, msnbc.com

“Color is a great metaphor and gave us a dynamic way to illustrate the rich variety on the site beyond using the obvious news photos.”
— Marty Cooke, chief creative officer, SS+K

I rarely say this about campaigns, but this is borderline brilliant in two respects. First, it creates a simple parallel: What is as numerous and varied and as the news? Color. Second, it poises msnbc.com to own color. Every color. Not just Target red, or Starbucks green, or Wal-Mart blue. Every single color from lavender to burgundy to black. Not even monopolian Pantone has been able to do this — and their business is color. Because of its extreme media reach, devoted audience and daily relevance, msnbc.com can engrain the color spectrum idea into the consciusness of the public. And when you own the full color spectrum, the possibilities for a vibrant, memorable campaign are almost assured; there is a color in there for everyone! Msnbc.com and SS+K would really have to fumble every execution to make this campaign stink. But so far, the soft launch — from what I’ve read on some blogs, more and major changes will be coming in the next few months — has set an excellent approach: 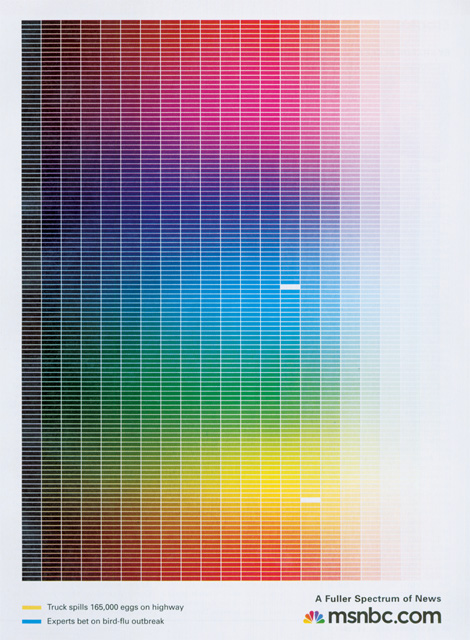 Print ad from Newseek. When it comes to deploying every color in the spectrum you can make it a gradient, make it a rainbow or you can turn up the seriousness dial by strictly compartmentalizing every single color. At the bottom of the ad you can see two of the stories picked out from the spectrum. And the gray background is actually white, not the greatest scan. [Click image for a larger view] 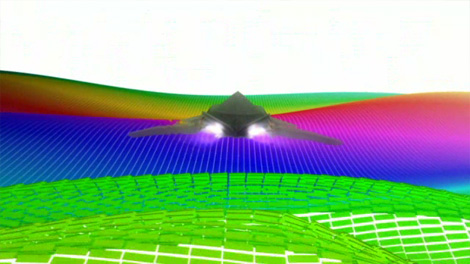 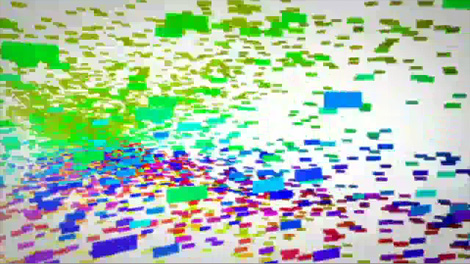 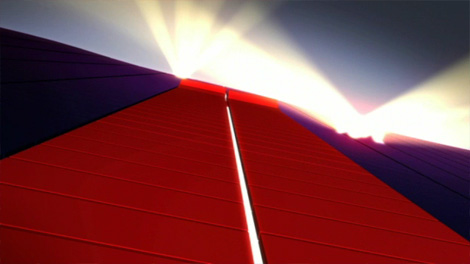 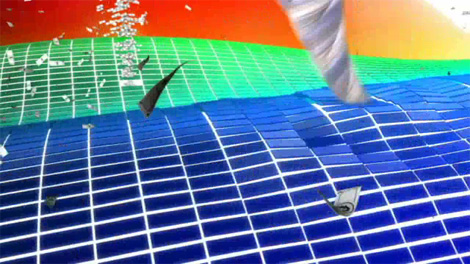 Working with New York-based animation studio CHRLX, SS+K developed a TV spot that is “msnbc.com interpreted in picture and sound,” showcasing the variety of news covered by them. It starts cheesy, but it gets better. And…

Some of you know how much I love logo animations at the end of TV spots. This one doesn’t disappoint!

And how clever is this?! It’s a loved game and it ties maybe too perfectly to the visual language of the campaign.

While I prefer to get my news from trusted sources like The Daily Show and The Onion if msnbc.com can pull off owning the full color spectrum they might just lure me with all those pretty colors.

\n\nWhen I was first tipped about the change of logo at msnbc.com, earlier this month, I floatingly replied, \"looks like at least someone's paying attention to the kerning,\" and dismissed it as a simple typography change made internally over the weekend while no one was watching. This, paradoxically, is both disdain for the new msnbc.com logo but praise for the new identity and brand positioning. Let me explain. (As if I wasn't going to).