Launched in 1994 Eurostar was, until recently a tri-nation collaboration between Britain, Belgium and France, aimed at moving people quickly on trains, often at speeds up to 300 kilometers per hour, and in a tunnel 120 meters under the surface of the freezing cold English channel. Yep, we’re using metrics for this review people. With a re-structuring of corporate management, and consolidation to one entity based in London, Eurostar sought to rebrand and engaged the services of SomeOne. You can see a video summary of the brand at SomeOne’s project page here.

Let’s just get it out of the way right from the get go. This logo is horrible. So, so bad. At one colour reproduction.

But thankfully, this identity wasn’t designed in the 1960s when screenprinting and 1-colour litho was the norm, so let’s all leave that to the side, shall we? Well, no of course we can’t. As antiquated and silly as it may seem, the one-colour 2-by-2-centimeter (yep, metrics again) test is still deferred to as the defining test of any new logo by many graphic designers. 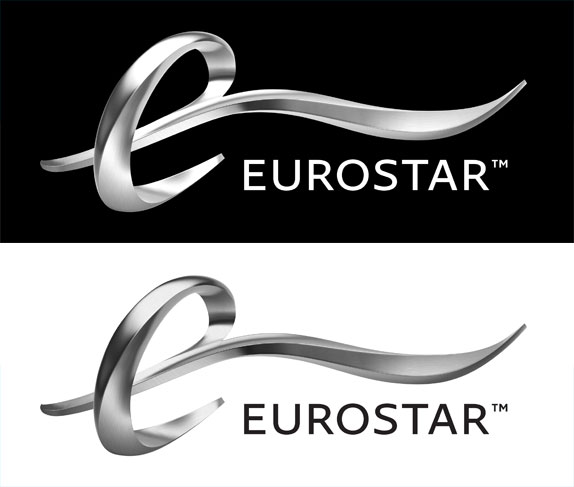 As a monochromatic version, the new mark is pleasant enough, although nothing groundbreaking. A swirly line (some might say it’s a bit tongue-like) intersecting a lowercase “e”, with an uppercase sans serif accompanying the mark to spell out the name. It’s almost like a luxury brand rather than a typical transport or train identity, and it’s quite clearly a deliberate move in positioning the service as a more luxurious, refined and comfortable way to travel. 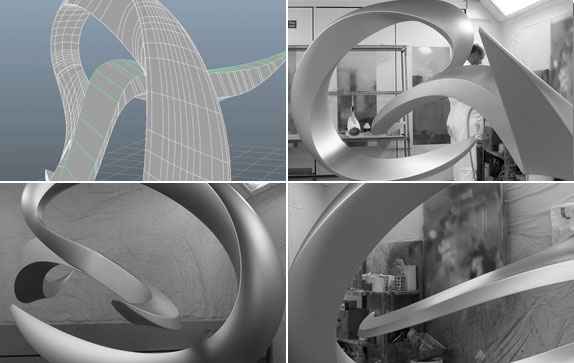 It’s when the logo is liberated from the false restriction of reproducing in one colour that it starts to get going, or, as the brand positioning puts it, “Always moving forward.” Conceived in 3-D as a swooshy line speeding through a tunnel, the marque is more sculpture than logo, and indeed a sculptural version, constructed from steel and fiberglass, has been created, with the intention of installing them at key Eurostar locations. This is the real standout “big idea” of the identity and, at certain angles, actually looks pretty darn cool. 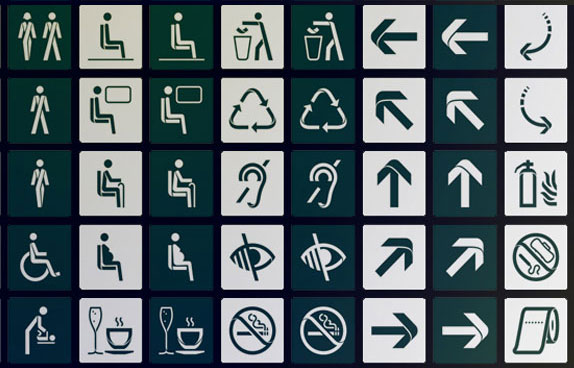 The brand sculpture is supported by a very nice set of pictograms, which pick up on the curve and depth of the sculpture. Given the multinational audience this brand needs to cater to, the focus on pictograms at the brand level is smart, and to incorporate the sculpted feel is an accomplished feat — clearly some one (get it?) is quite handy with the pen tool. Typography also comes in for the same treatment, though for me, as a swash skeptic, there’s less success aesthetically. Although it must be noted he link between brand sculpture and typography is quite clearly established, providing opportunities for typography to work on its own in the future, sans sculpture.

To communicate different parts of the Eurostar brand, such as loyalty schemes, sustainability initiatives, different classes of travel, various iterations of the logo — sorry, brand sculpture — have been created. Each variation in texture and finish works well with the job it needs to do in the given context, although covering the logo with grass for sustainability does have me cringing. It’s a fairly literal approach at a “living identity” whereas other brands with this approach use evocative, constantly shifting visuals within or around a brand marque, Eurostar simply changes the texture, and continues moving forward. Always relentlessly, monotonously forward. There’s no left or right turns, no chances for creative navigation. A number of visuals of the sculpture have shown tight crops, showing the curve and texture, and they are very welcome. 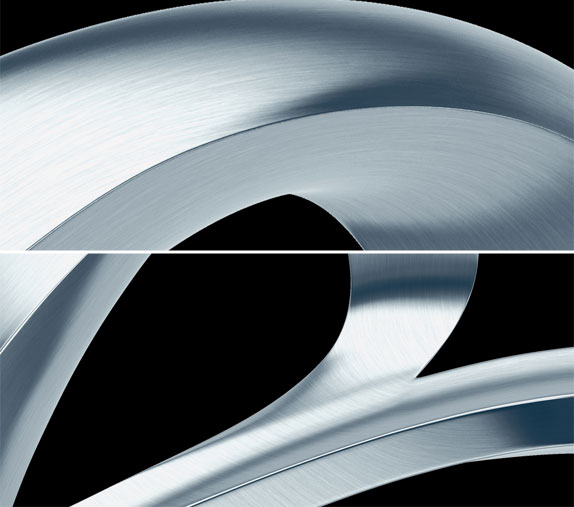 The previous logo was looking quite dated, although the idea of three lines, three nations, combining to form a stylised capital “E” had some merit. With the restructuring, gone is the need to be diplomatic and try to be three things to three people, and a clear, compelling brand idea and identity has emerged to replace it. However, I do wonder how long this trick of re-skinning the logo can sustain itself. Application images of the identity at checkin, in advertising, and on loyalty cards and tickets show how repetitive it can become. Everything has a big logo on it. A really, really big logo. Yes the colours and textures change, but at the end of the day, it’s just the logo, again and again, everywhere you turn. Or don’t turn, as it were, because remember, with Eurostar you’re always moving forward, and only forward.

Launched in 1994 Eurostar was, until recently a tri-nation collaboration between Britain, Belgium and France, aimed at moving people quickly on trains, often at speeds up to 300 kilometers per hour, and in a tunnel 120 meters under the surface of the freezing cold English channel. Yep, we're using metrics for this review people. With a re-structuring of corporate management, and consolidation to one entity based in London, Eurostar sought to rebrand and engaged the services of SomeOne. You can see a video summary of the brand at SomeOne's project page here.