By RoAndCo, IS Creative Studio, and DIA

A couple of minimal typographic identities sandwich a more irreverent and expressive one with work from New York, Lima, and New York again. 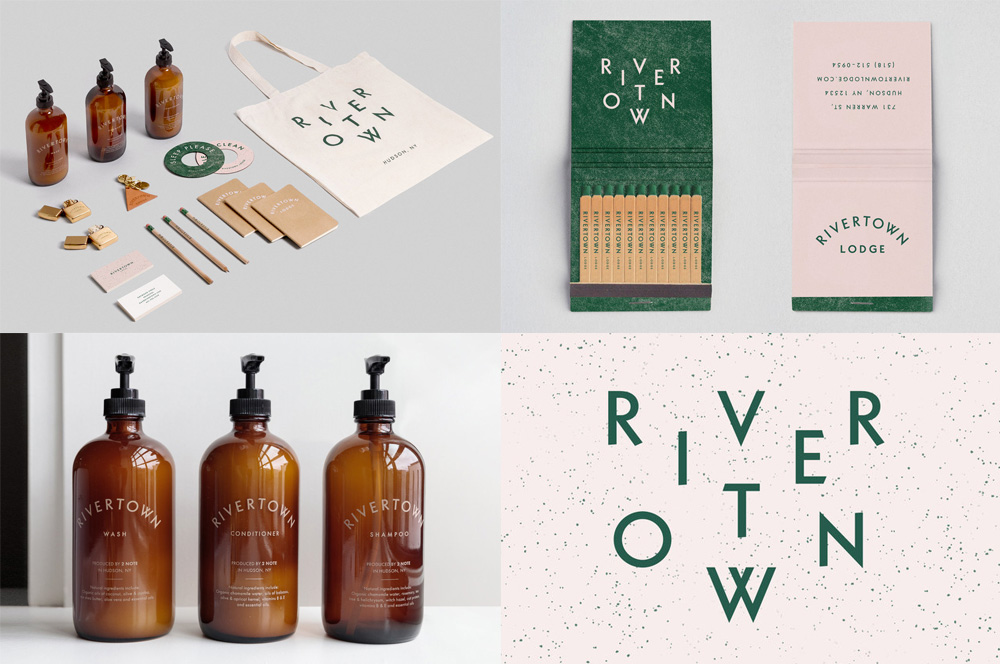 Rivertown Lodge is a boutique hotel in Hudson, NY, that resides in what used to be a 1920s-built movie theater. (Check some pictures, it’s quite nice.) Evoking a cabin-like lodge in the woods (sans chainsaw serial killer threat), the identity by New York, NY-based RoAndCo has a very simple set of elements — mainly the wordmark that can be typeset straight up, on a curve, or in a wild arrangement — that adapt perfectly to the minimal, deadpan objects and products they are applied on. The bouncy wordmark arrangement might challenge those who can’t spend more than 3 seconds trying to decipher what it says but it’s a great, fun piece of typography. The dark green color is rich and pleasant and the bonus speckled texture behind the logo looks great (no idea why but it just does). See full project

LADFEST 2016 by IS Creative Studio 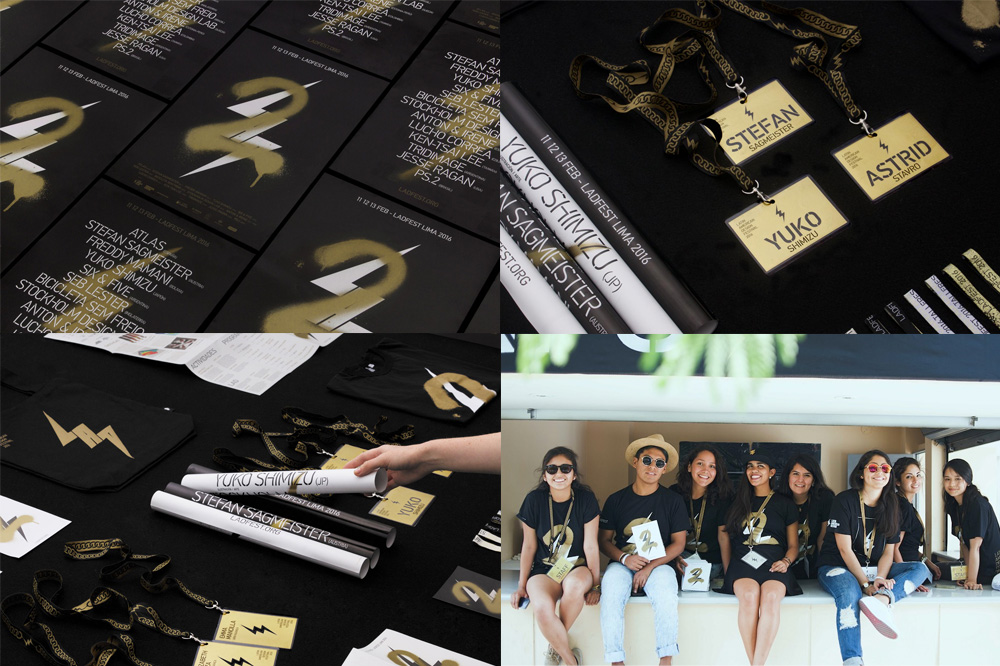 For its second outing, the Latin American Design Festival in Lima, Peru, took it to the streets with a hip-hop meets graffiti meets luxury meets swagger identity by local firm and organizer of the event, IS Creative Studio. (Their identity for the first LADFEST in 2012 also appeared in Friday Likes.) With the festival’s and organization’s thunder LAD logo at the center, the identity smears a golden spray-painted “2” over it that signals what’s to come. And that is lanyards with awesome faux bling, golden name badges, and a lot of black. The stencil typography is a little shy in its stencil-ness but works as a good complement. What makes this whole identity come together, though, is the color-coordinated hat of the guy in the picture above. I’m not being sarcastic, it really looks great! And it points to the local flavor of the festival. See full project 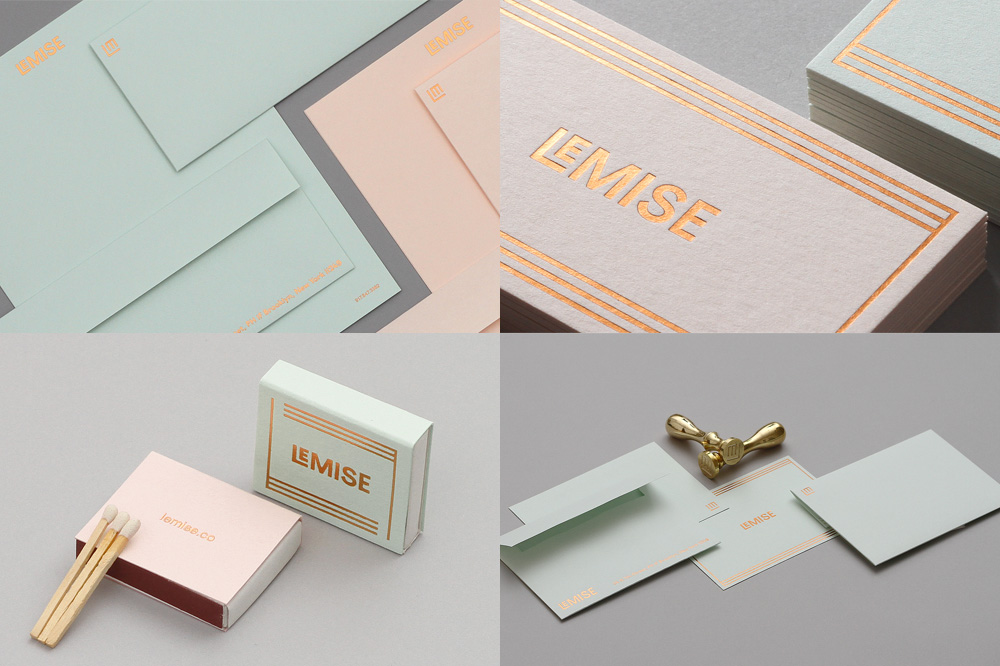 Le Mise is a small art and design advisory firm in Brooklyn, NY, helping its clients bring art and design objects into their residence or office. The name comes from “mise en scène”, the expression to describe the arrangement of scenery and stage properties in a play. Designed by New York, NY-based DIA, the minimal and luxurious identity revolves around a beautiful wordmark that nestles the “E” in the “L”, that in turn informs an alternate “LM” monogram where the “E” is rotated to make an “M”, that in turn informs a 3-stripe framing device on most applications. The pale mint and peach colors serve as great backgrounds for the gold foil, all of it indicating that if you are looking for advice on what lamp to buy at Target this is not the firm to ask for advice. See full project

A couple of minimal typographic identities sandwich a more irreverent and expressive one with work from New York, Lima, and New York again.