A wide variety of styles and approaches this week, with work from Toronto, Porto, and Mexico City. 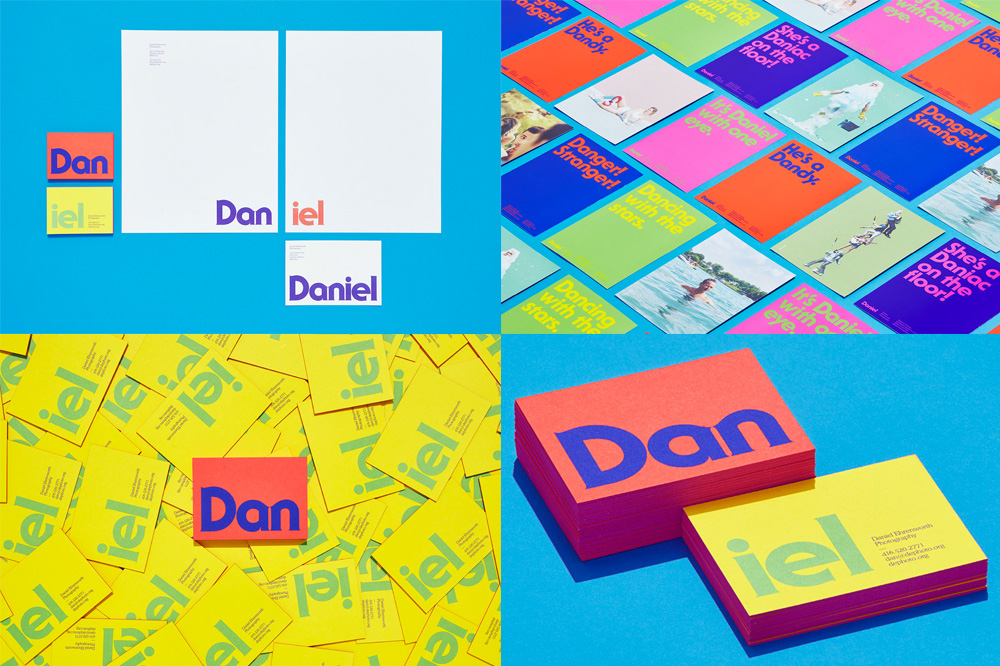 Daniel Ehrenworth is a Toronto-based commercial photographer with a new identity that will make it impossible to not know what his name is. Designed by local firm Underline Studio, the logo is a giant “Dan” typeset in a font whose name I’m embarrassingly blanking on at the moment that continues the renaissance of 1970s phototypesetting typography. (Daniel did ask for an “identity reminiscent of 1970s film titles and The Muppet Show”.) It’s only three letters but it couldn’t be kerned more perfectly, with the flared serifs just about to kiss. When formats permit, “iel” continues on the back. Playful puns on his name extend to postcards that vibrate in a striking color palette… Danamite! See full project

Caminhos do Cinema Português is a film festival of exclusively Portuguese cinema, held in Portugal since 1988. For its 19th edition, Porto-based designers José Maria Cunha and João Cunha seized on the festival’s name, Caminhos (which translates as “Roads” or “Ways”) to deliver a wallop of green arrows and a blocky custom font, all designed around the notion of diversity in cinema (not so much in human diversity but technical diversity) by focusing on five different aspect ratios in film, 3:2, 4:3, 16:9, 2.40:1, and 5:3. The identity could have used some refinement and maybe one more round of unifying the applications but the ingredients are ambitious and the multiple arrows are unavoidably engaging. So, way to go! See full project 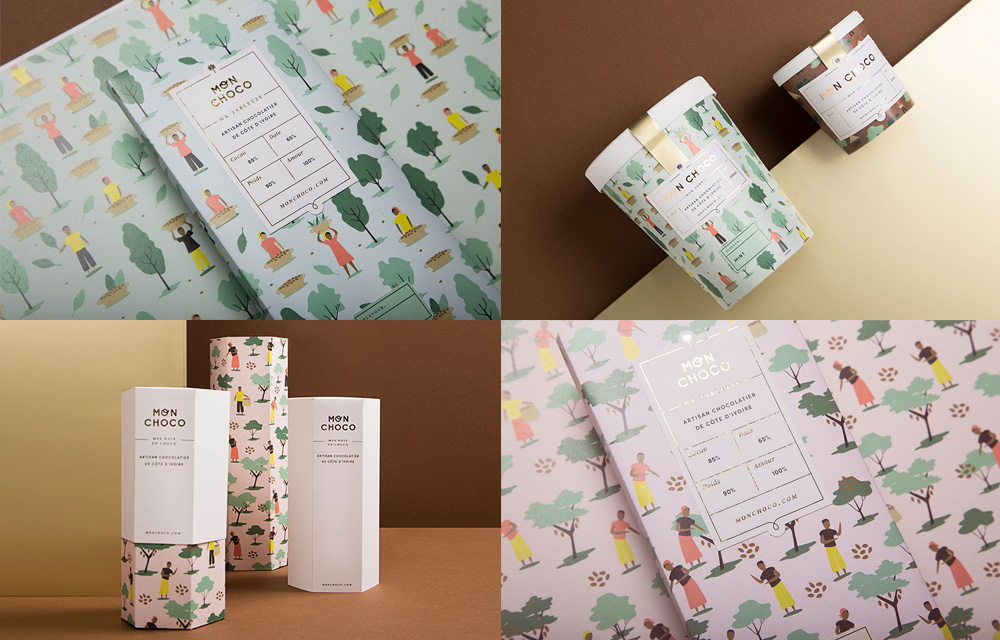 Mon Choco is a chocolatier in Abidjan, Ivory Coast, that makes all its products with cocoa beans exclusively from West Africa. The packaging, designed by Mexico City-based Futura, highlights the cocoa’s provenance with a range of beautiful and charming illustrations that portray its harvesting. With the illustration used as a repeating pattern, the different products all remain neatly tied together and the soft and rich colors make them all look more delicious. The typography is nice and simple but it’s all elevated through strong production like the die-cut labels, gold foil borders, and other gold finishes. This is one chocolate I want to make mon ami. See full project

A wide variety of styles and approaches this week, with work from Toronto, Porto, and Mexico City.