From Pentagram, DIA, and Sociedad Anónima

Typography — two thirds of it custom — rules the selections this week, with work from Berlin, New York, and Mexico City. 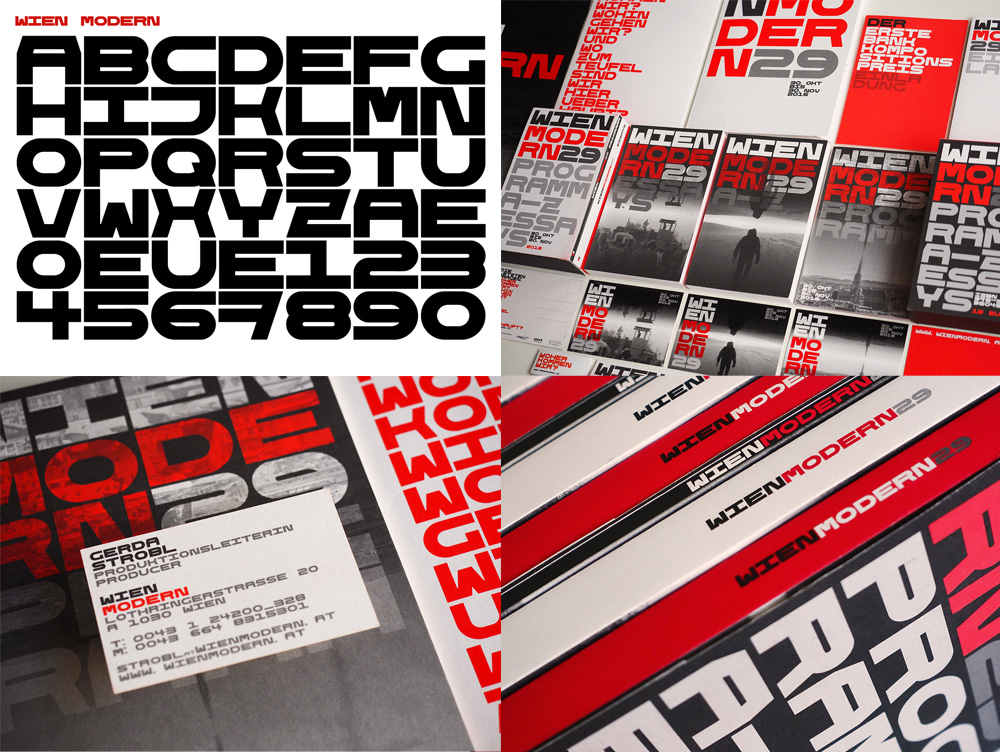 Wien Modern is a music festival in Austria that celebrates classical, avant garde, and electronic music, as well as dance, performance, and other forms of visual media. 2016’s edition featured an identity by Berlin-based Pentagram partner Justus Oehler built around a monospace, monowidth geometric typeface that despite of or, perhaps because of, its unpleasant shapes — those angular XYZ and the 69 — creates a striking, energetic, and attractive identity system as a whole. The more text and the tighter it feels, the better the applications look. It does have its limits… the business card is almost like a joke carried too far (although major props for the monospace @ symbol) but every other use of the custom font feels like a welcome punch in the face. See full project

In other bespoke news, New York, NY-based DIA has created a bespoke type family for, wait for it, Bespoke, a digital retouching company specializing in the fashion industry. The custom type has a simple, wide structure — with a stunning “K” — that’s executed in a no-frills aesthetic and is used big and tight in every application. Those pens probably challenge the vendor’s maximum print area. The layouts are minimal and I love the tension created by placing the logo on the farthest edges possible with little else around them. The complementary serif typeface looks good when used small (and not good when used big as in the business card) but it really doesn’t matter because they could have used Comic Sans in exchange for us getting that undulating GIF. All day! See full project

Fonda Mayora is a restaurant in Mexico City, serving modern takes on traditional Mexican food. In Mexico, a “fonda” is a cheap, small eatery that serves only a handful of dishes and everything is lo-fi, from the tablecloths to the utensils but the food is super good. The identity by local firm Sociedad Anónima takes some of these lo-fi elements to create a cool, upscale, unpretentious aesthetic built around typography and materials — there is a delightful plastic-letter “M” at the link that best captures this. Another distinctive element is a changing “M” that, although I’m not sure what conceptual purpose it serves, it allows for some interesting flexibility in the applications, especially that one cast in cement. See full project

Typography -- two thirds of it custom -- rules the selections this week, with work from Berlin, New York, and Mexico City.