From loved/thjnk, Anagrama, and High Tide

Another round of minimalism served with a helping of heavier patterns this week, with work from Hamburg, Monterrey, and New York. 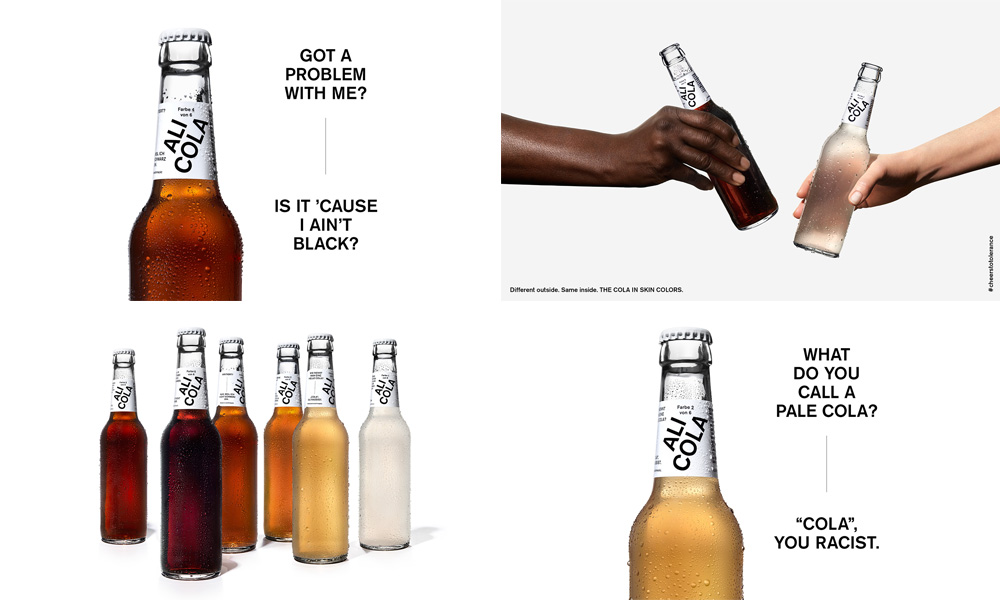 Ali Cola is a protest soft drink by Aydin Umutlu created in 2013, in part, in response to comments by German politician Thilo Sarrazin who argues that intelligence is inherited and that people of color have less of it. This is the second, more ambitious iteration of Ali Cola — this is the first — that brings six different “skin” colors of the same cola to demonstrate that the exact same thing can be perceived differently because of its color. The design by Hamburg, Germany-based loved and thjnk does a fantastic job in creating a striking package that is bound to get the attention of the media for its minimal and blunt design but also serves the concept beautifully by leaving the product (and core message) visible. The minimal typography gets a simple twist by rotating the name on the neck label and making it instantly more interesting than your typical hipster beverage packaging. Here are some non-glossy photos, which I was curious about how the product would look IRL. Sales of Ali Cola benefit Kiron, an NGO that helps provide refugees with higher education. See full project 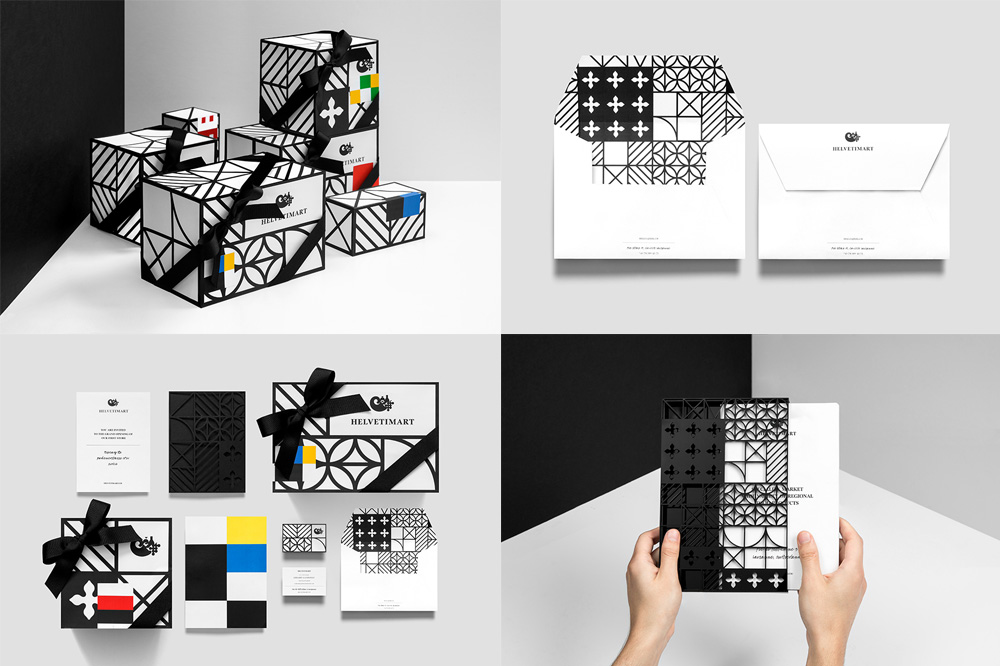 Helvetimart is a specialty food market in Lausanne, Switzerland, bringing foods from around the country. Designed by Anagrama, the identity references the recurring geometric details found in some of the older houses in Swiss architecture and establishes a growing and adaptable pattern that wraps around boxes, inside envelopes, and looks like it’s currently being installed on walls. The patterns are punctuated by one of 26 regional flags from Switzerland’s sovereign states. It’s a rich, good-looking identity and I’m glad Anagrama resisted to do a full-on Helvetica justified left identity as not all that is Helvetia should be Helvetica. See full project 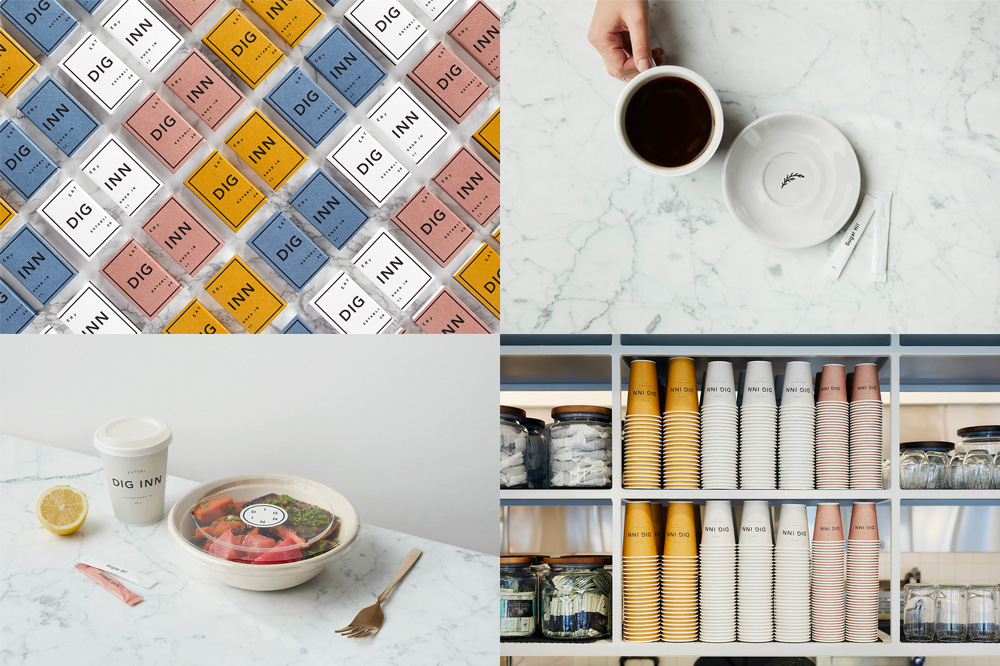 Dig Inn is a regional chain of fast casual eateries with locations in Boston, New York, and Rye Brook. The name is a charming play of words that blends “dig in” (for let’s eat) with “inn” (as a place of lodging) and the subtle humor extends to the identity designed by New York, NY-based High Tide, i.e., the sugar packet that says “Sugar Hi!” (for sugar high). The identity isn’t the most exciting but it fits the interior aesthetics of the restaurants perfectly and there are some joyous moments like the stacked cups and matchboxes that highlight the lovely color palette and display some playfulness with the name and frame wrapping around the objects. There are a couple of additional graphics — a rabbit, a sage leaf, and a circle version of the wordmark — that seem arbitrary but overall, I dig. See full project

Another round of minimalism served with a helping of heavier patterns this week, with work from Hamburg, Monterrey, and New York.