Another round of minimal design with work from Athens, Hamburg, and Monterrey.

Cosmos Ocean is an independent, neutral freight wholesaler in Greece that offers sea transport to ports around the world. This is not the typical Friday Likes… it’s not the typical gold foil restaurant thing but a freight company. Freight companies are not meant to look this good. They are not meant to look good, period. Designed by Athens, Greece-based Luminous Design Group, the logo is a swarm of dots forming the initials of the company that convey the idea of gathering a bunch of things into a bigger thing (cargo in ship) but what makes it stand out is that the “CO” letters are never fully formed giving the logo a nice sense of dynamism. The identity is okay; the blue on blue tones work perfectly but the Art Deco sans serif for the wordmark and applications is pretty awful, I’ll admit. Still, I could look at that swarming GIF for most of the day. (Also, apologies for the dithery image but I really wanted to include the animated GIF). See full project 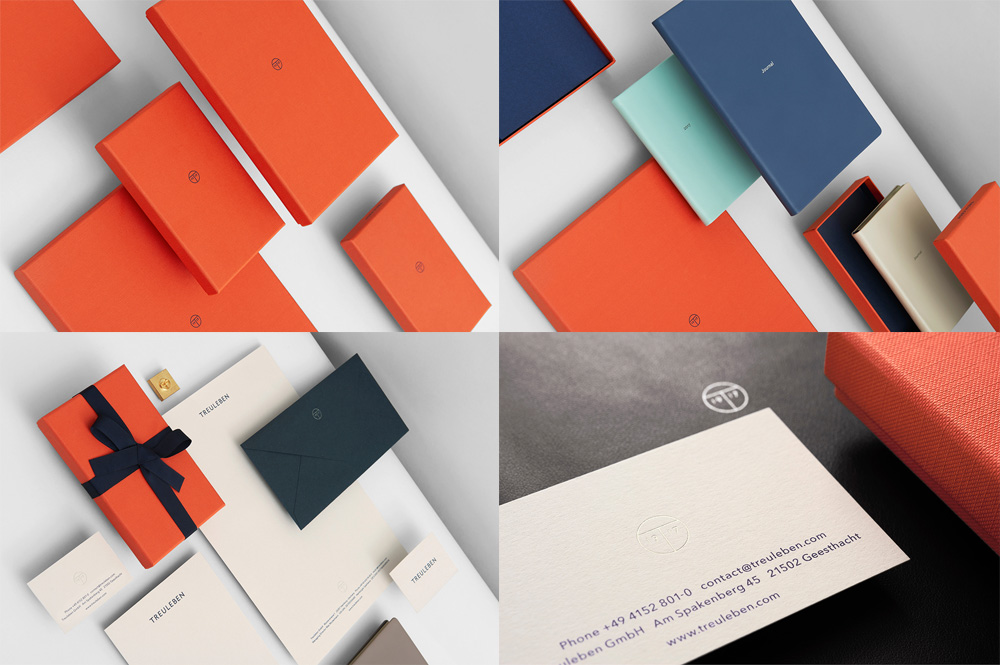 Treuleben is a line of luxury calendars and stationery that have been perfect for 100 years in Geesthacht, Germany. Previously known as Treuleben & Bischof the new identity reflects the shortened name and has a handsome new wordmark and monogram designed by Hamburg, Germany-based Paperlux. Much of the visual success of this identity relies on the beautiful products but a bad logo or set of logos or even over-designing could ruin even the finest leather. The monogram is delightful and all the typography and white space is perfectly executed. A far cry from iCal, for sure. See full project 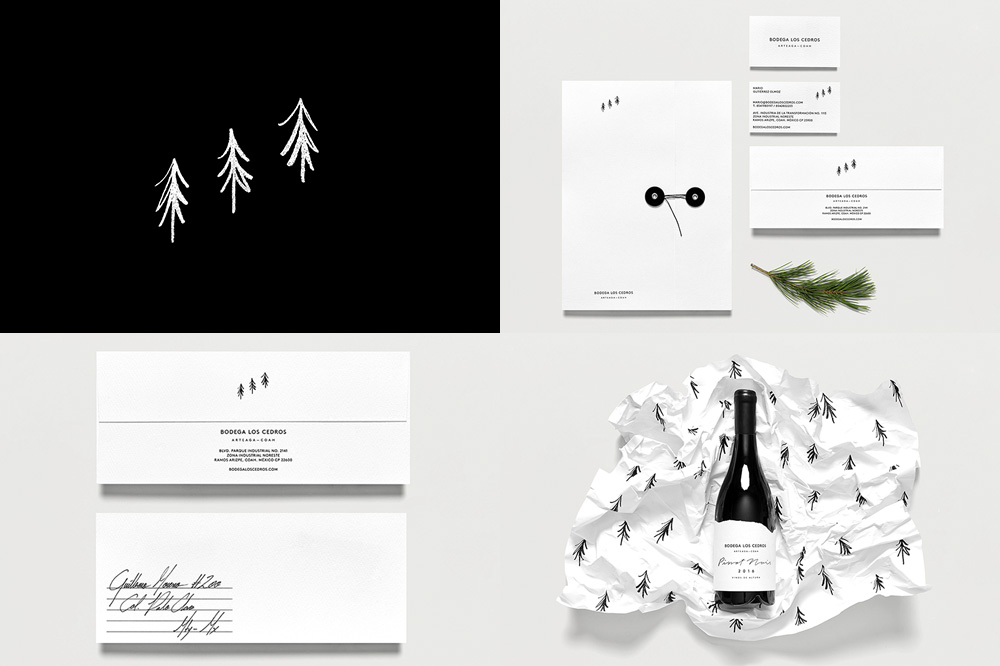 Bodega Los Cedros is a vineyard in the state of Coahuila, Mexico, in the mountainous, forest-y region of Arteaga. (Check it out; road trip!) The vineyard and winery is named after the cedar tree and the logo features, yup, cedar trees. While that is a simplistic premise, the execution by Anagrama is killer, representing the trees in three attractive, hand-drawn scribbles. Rendered in black on white and with plenty of white space, the trees look elegant but also earthy and the handwriting makes a great companion. The wrapping tissue paper for the bottles is extra nice. See full project

Another round of minimal design with work from Athens, Hamburg, and Monterrey.