From Jo In Hyuk, Anagrama, and Savvy

From ornate to minimalist, we cover a good range of projects this week with work from Seoul, Monterrey, and Mexico City. Also, holy shit! 250 Friday Likes! That’s almost 750 projects featured since I first started doing these collections in 2012. 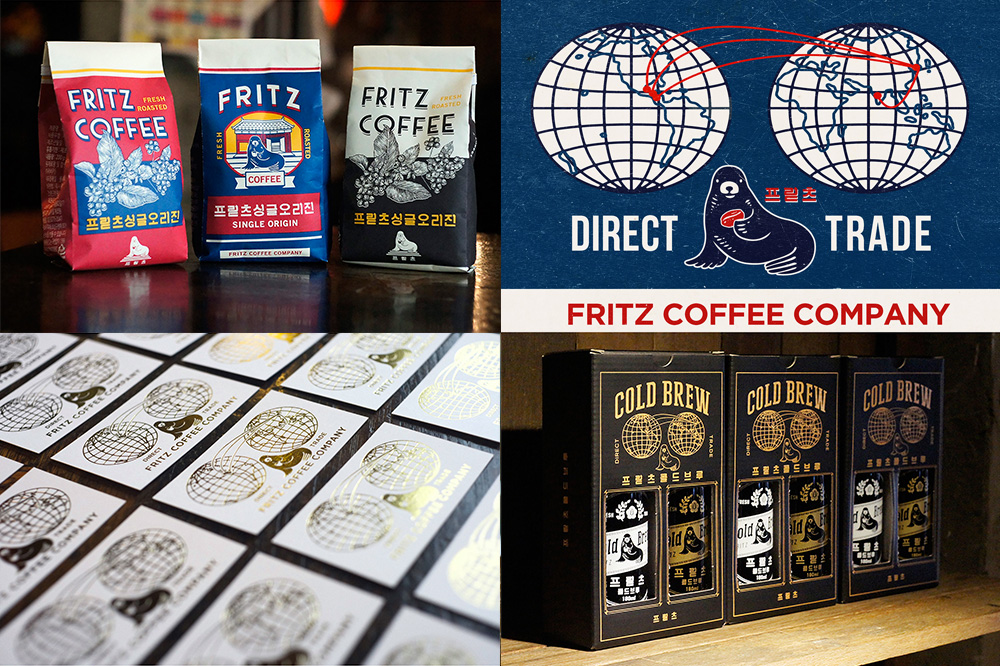 Fritz Coffee Company is a (I think) coffee importer, distributor, and retailer in Seoul, South Korea. Beyond those few (I think) facts, things get a little fuzzy but because the logo for the company is a sea lion holding a coffee cup nothing else really matters. This project lives on local designer’s Jo In Hyuk Behance page and his Instagram account is full of Fritz materials (which are also very cool and not shown at the project link) so I am guessing he either works in-house or is simply their very enthusiastic freelance designer. Regardless… the abundance of materials and packaging for the coffee company are fantastic, spanning a variety of styles (and often mixing styles) but always perfectly crafted, executed, and, most importantly, keeping the sea lion holding a coffee cup front and center. See full project 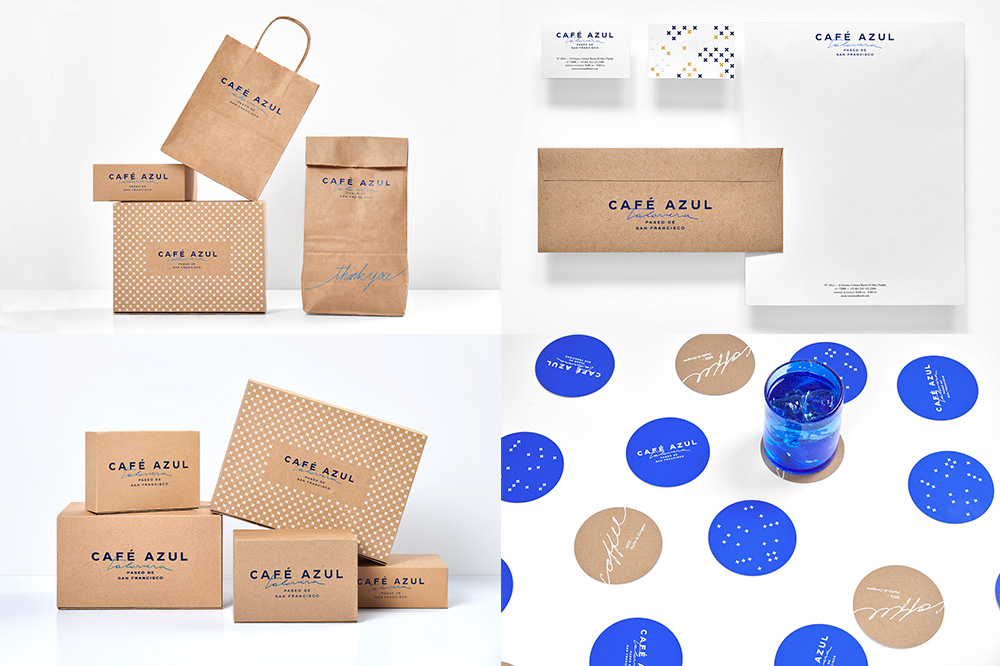 Café Azul Talavera is a café and restaurant inside the Rosewood hotel in Puebla, Mexico. Designed by Monterrey, Mexico-based Anagrama, the identity has a rich simplicity through a great combination of varied elements applied sparingly. The logo has three different typefaces yet it still looks simple and minimal. I like the hand-written script element that also extends to the rest of the identity and the pattern is a kind of minimalist take on the region’s popular talavera pottery. The use of kraft in the bags and boxes adds an earthy, rugged element that complements the rustic-ness of the hotel. See full project 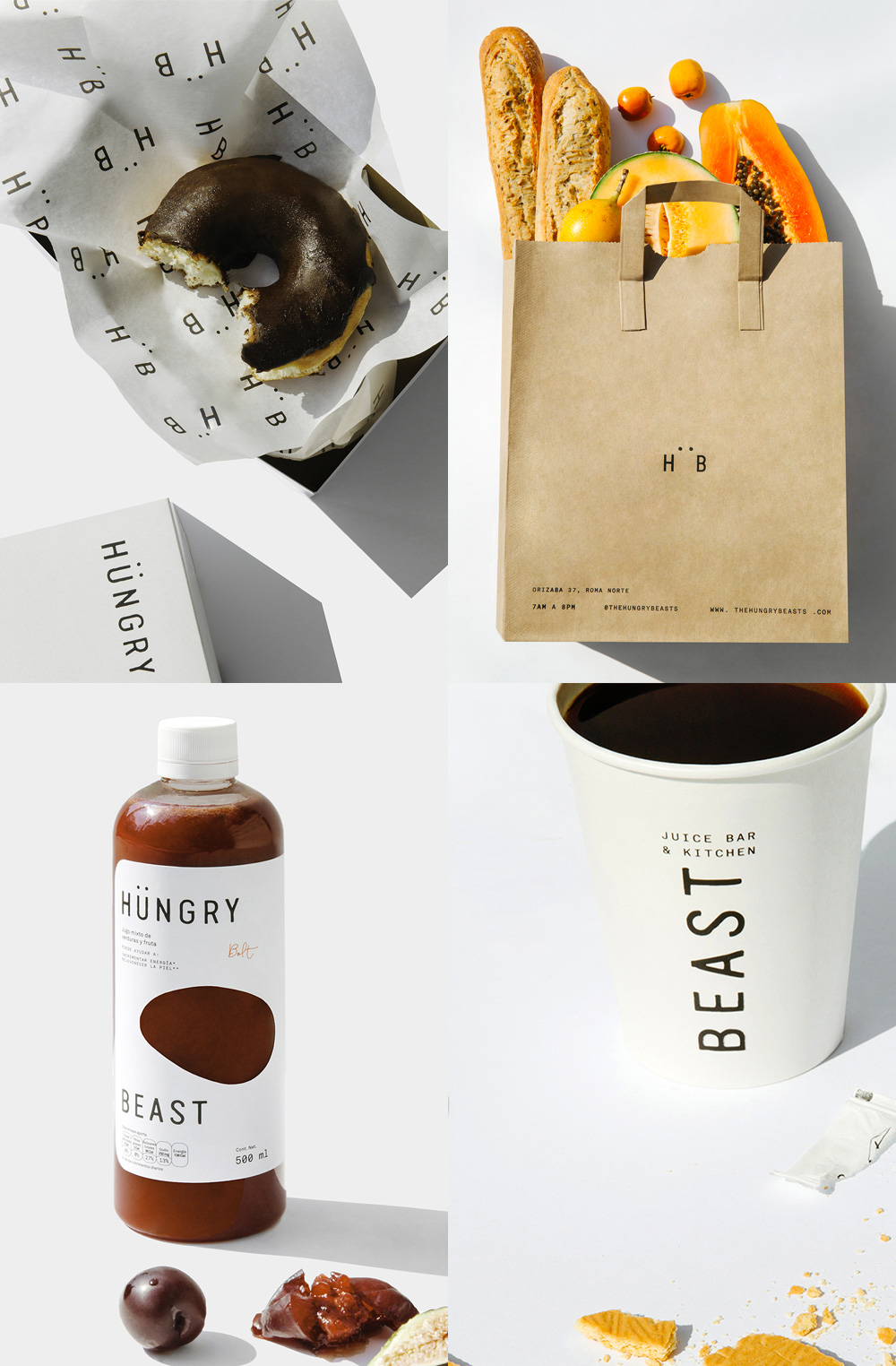 Hüngry Beast is a juice bar and restaurant in Mexico City focusing on healthy and organic ingredients. The identity by Mexico City-based Savvy is a bit on the hipster side but the variety of the system across materials is quite satisfying. I particularly like when the “u” disappears and only the umlaut is left. The slightly grungy wordmark is very mid 1990s and being that 2020 is fast approaching it seems we are due for the 30-year-old trend to start making a comeback. See full project

From ornate to minimalist, we cover a good range of projects this week with work from Seoul, Monterrey, and Mexico City. Also, holy shit! 250 Friday Likes! That's almost 750 projects featured since I first started doing these collections in 2012.