We go from somewhat minimal to very minimal with lots of yellow in between this week, with projects from New York, London, and Los Angeles. 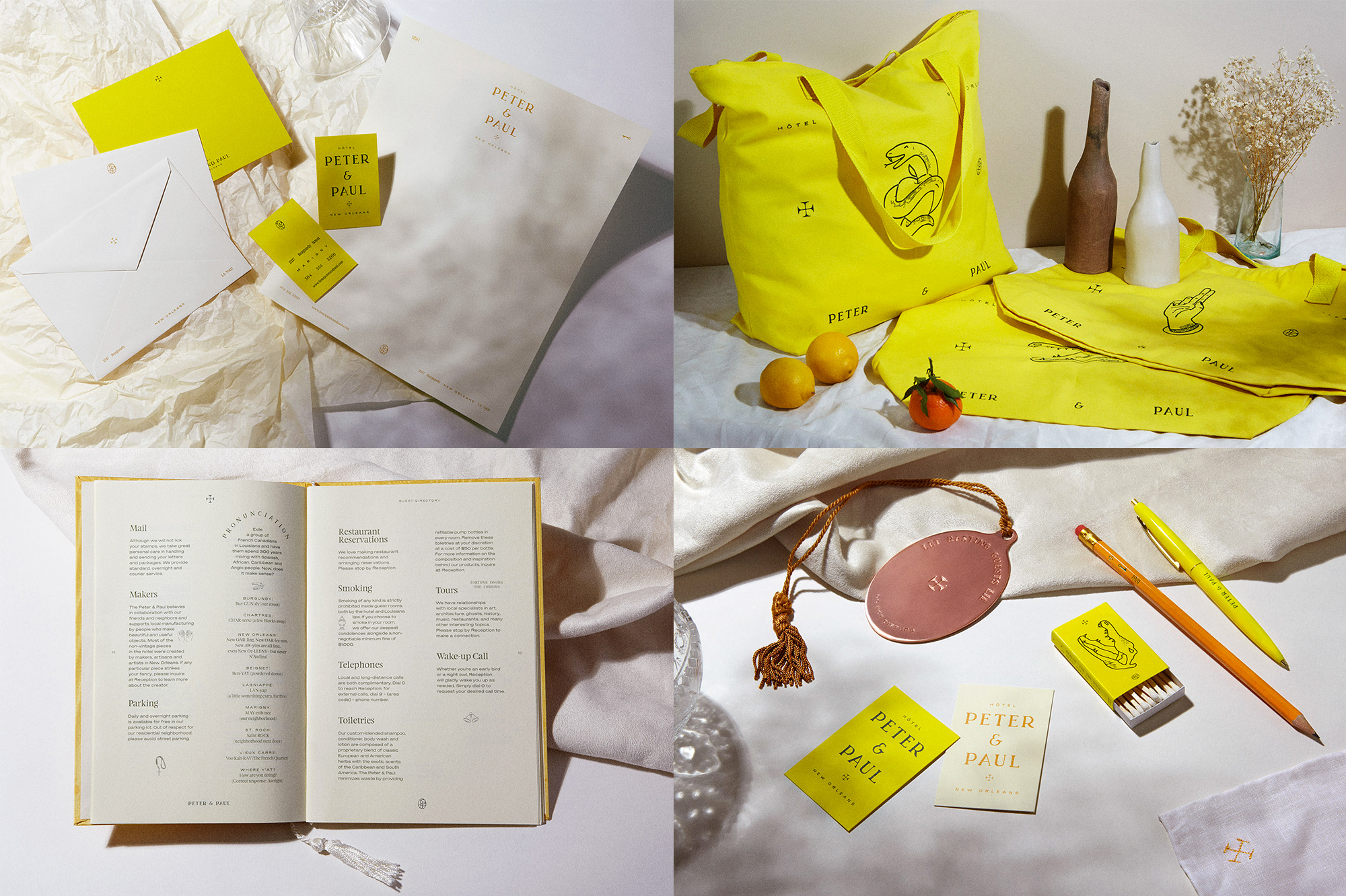 Hotel Peter and Paul is a 71-room hotel in New Orleans housed in a church and convent complex — originally named Sts. Peter and Paul Catholic church and school — dating back to the nineteenth century. The identity, designed by New York, NY-based Alizée Freudenthal features some great typography with the logo set in a free font, Atari by Peter Olexa, that nicely evokes the weathered, historic vibe of the hotel. The yellow color is unexpected for a hotel but it provides a great contemporary touch. Mixed in throughout are funky illustrations depicting both religious- and New Orleans-inspired motifs. The hotel itself is stunning and a little bizarre and the identity aptly supports that. See full project 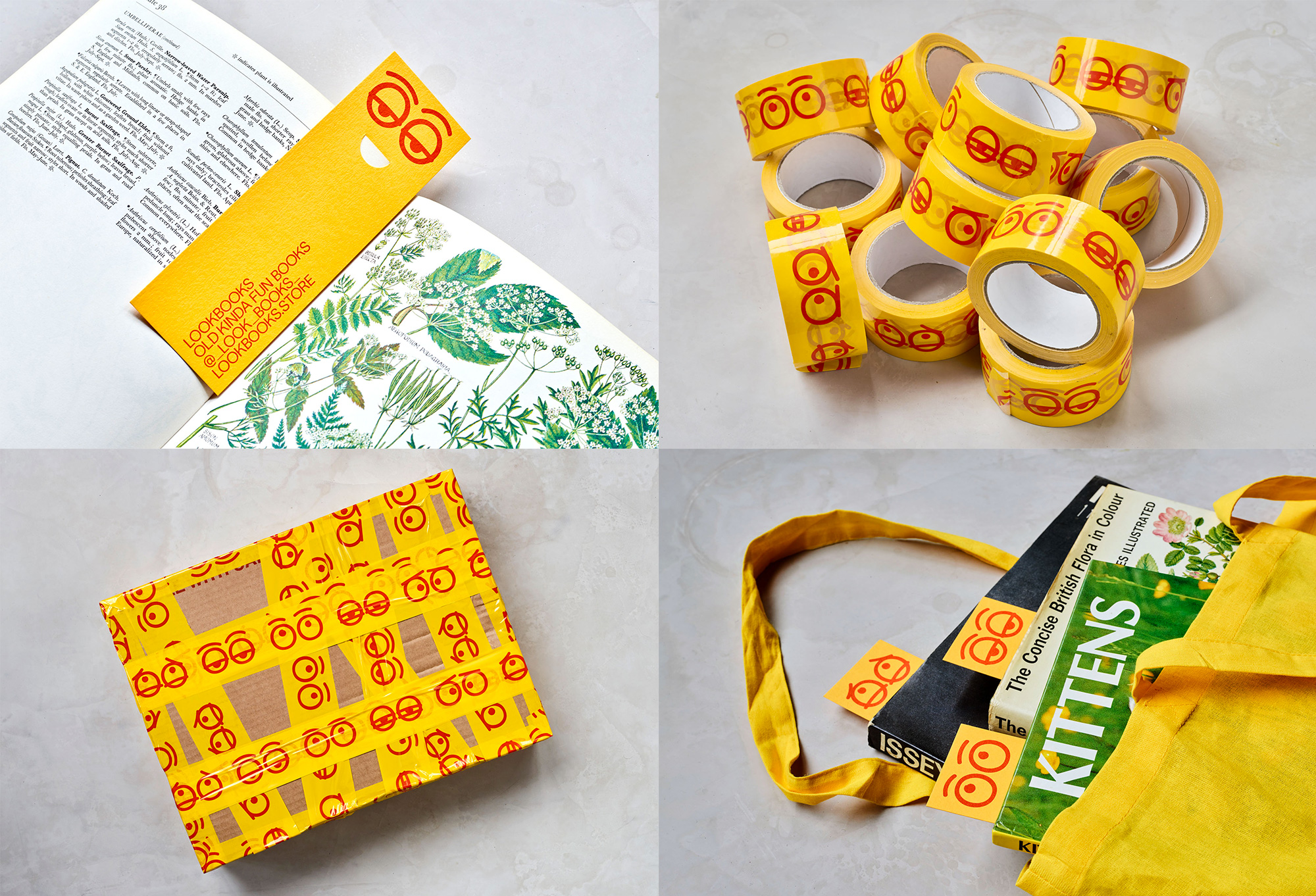 LookBooks is an online store selling what they call “old kinda fun books” which are the best kind of books and to make them even more kinda fun, London, UK-based Studio Lowrie created a silly wordmark (which you can see at their website) where the numerous “O”s are turned into cartoony eyes. Unlike the creepy IHOP approach of turning round letters into empty-looking eyes, these are so full of personality and a knowing wink that the execution is very lo-fi. The bookmarks are genius with the die-cut tab serving as either the nose or the mouth of the eyes depending on what side you see. The yellow and red color palette is, like the project above, completely unexpected but very entertaining. The image with the taped box makes me think of DHL losing its composure and going all kinds of crazy with its identity — which would be a fun thing to witness. See full project 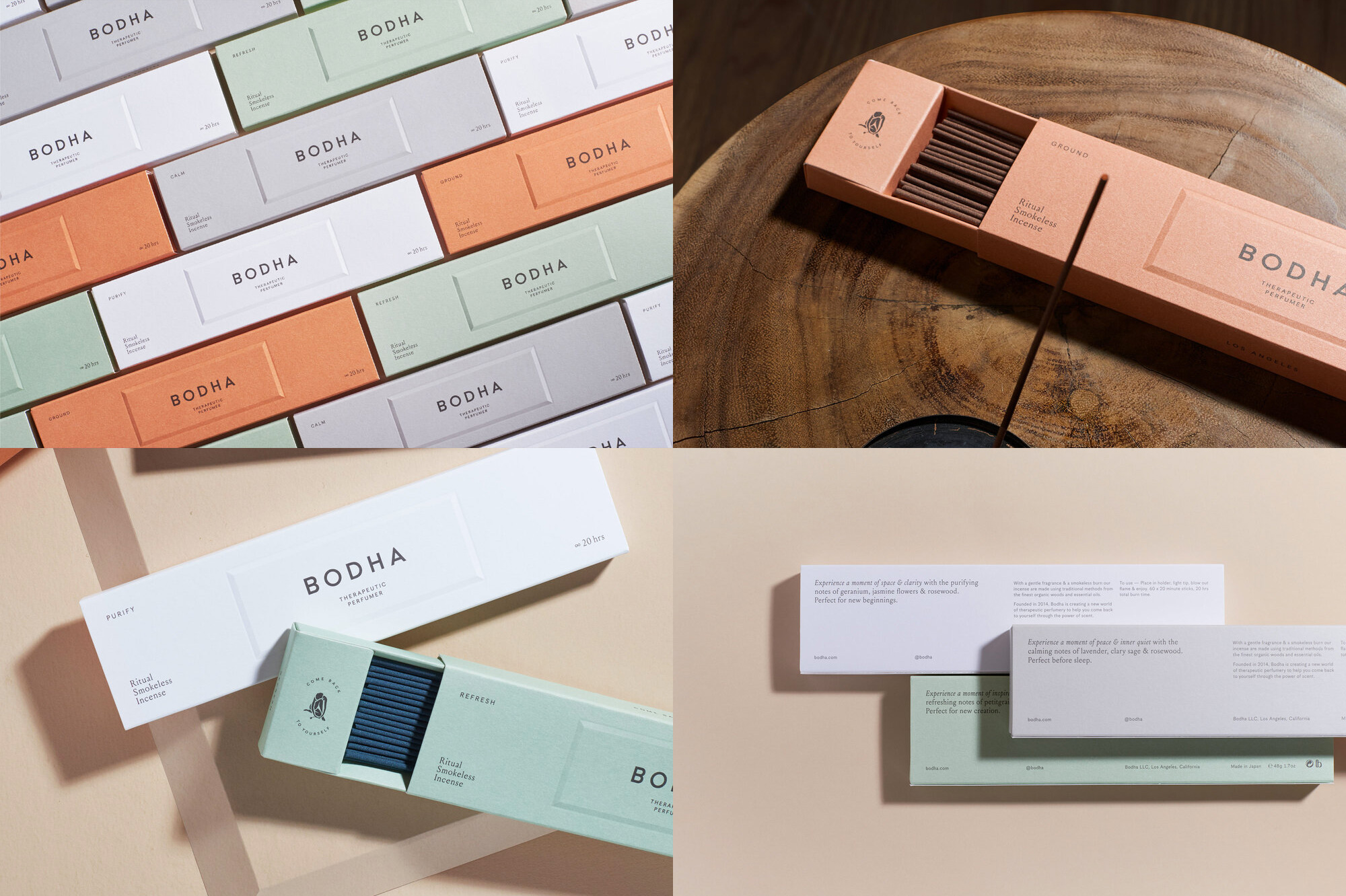 Bodha is a therapeutic perfumer creating its own scents and products like aromatherapy eye pillows — I could go for one of those right about now — ritual diffusers and oils, and smokeless incense. The identity, designed by Los Angeles, CA-based Studio L’Ami, has a minimalist aesthetic that has been beautifully produced in a rich set of colored boxes and wraps with a single embossed box to offset the logo. The packaging alone provides zen before even having to light up a single stick of incense. See full project

We go from somewhat minimal to very minimal with lots of yellow in between this week, with projects from New York, London, and Los Angeles.