Poor Wolff Olins. Can’t get a break no matter how hard they try — and lord knows that if anyone tries hard, maybe a little too hard, it’s Wolff Olins. We all know (and most, not me) hate the London 2012 identity and pretty much everyone is baffled by the Wacom color thingie, but it’s perhaps the new New York City taxi logo that everybody, at least in the (212) area code, has hated the most. And with good reason. But, for a change, it’s not Wolff Olins’ fault.

The new NYC Taxi graphic package, including fare panel, the NYCTAXI sticker, the medallion number and a checker stripe decal.

By now you must know the story and read the überhyper-linked series in the City Room section of The New York Times whose sole focus was to ridicule the new logo. In it, the genesis of the logo is explained; here, briefly: Smart Design has been working with the Design Trust for Public Space to rethink the taxi, and earlier this year at the New York International Auto Show in April, they showcased their work. Part of this included the redesign of the exterior of the taxi which, in the original presentation, did not include the NYC lettering, nor the T in a circle. The latter was introduced first, after city officials wanted something more flashy, resulting in an icon reminiscent of the subway icons even if the Taxi and Limousine Commission have nothing to do with the Metropolitan Transportation Authority, other than in getting people from one place to another — but so do pedicabs and they don’t sport a P in a circle. The fatal move for the taxi graphics came when NYC & Company, the official tourism organization for the city, asked that the logo they had recently unveiled to market our fair city — and here’s where Wolff Olins enters the tomato throwing festivities — should be included in the Taxi. And this is how the logo came to be: An unfortunate mishmash of city politics, disparate ideas and a severe case of mixing oil and water.

The logo has been called all sorts of pejoratives and has been belittled to no end, and for the most part, the blame has fallen on Wolff Olins and their “clunky” logo. When in reality it should fall on Smart Design who, even if their work was done pro-bono, failed in wrangling their clients into a cohesive solution. Smart Design was responsible for the horrible, horrible lock-up of the circle in a T with the remaining AXI and the eventual lock-up of these two elements with Wolff Olins’ NYC — which people neglect to note was done under a separate brief, with a different client and instead were happy to pinpoint as the devil incarnate. It’s a shame really, because this NYC logo might be the best thing to (graphically) happen to New York City, since everyone else declared their love for it.

The NYC logo on a grid, for added flexibility

The NYC logo was designed for NYC & Company, the result of a blending of three organizations (NYC & Company, NYC Big Events and NYC Marketing) under the tutelage of our Mayor, Michael Bloomberg. As has been discussed here, every city needs a logo, so how in the world would you brand New York City? An eclectic, loud, diverse, affluent, changing city where every five blocks are different from the next five ad infinitum. Would a sans serif do the trick? A custom script? A (gasp!) icon? Probably any of these solutions could work, but none would be as memorable or as inclusive of the flavor, smell and texture of New York as this logo promises to be. 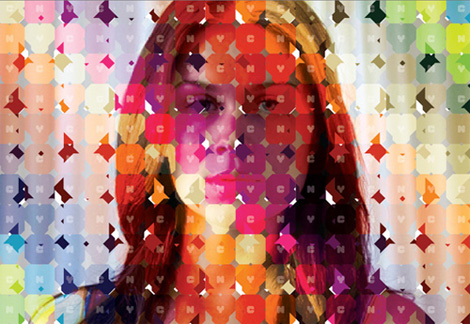 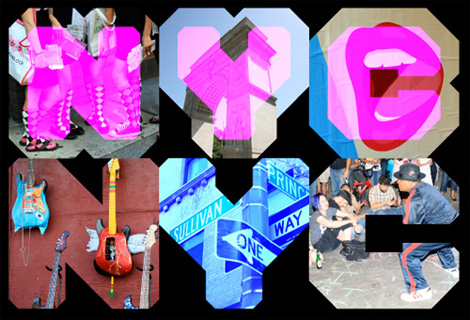 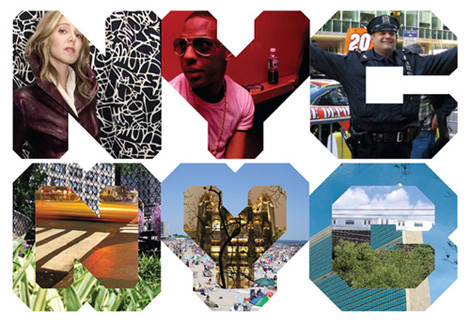 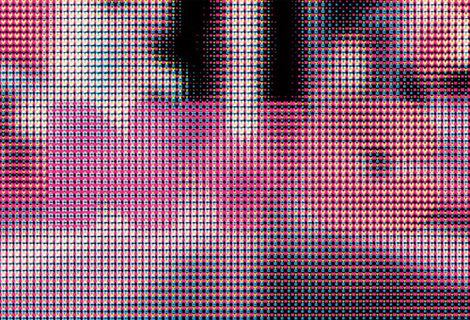 An endless range of variations for the NYC letters

And as an endorser of our city, I can’t think of a bolder statement that could have been made. These are posters and ads for an ad campaign devoted to driving tourism to the city — 50 million visitors annually by 2015, (good thing I’m in Brooklyn). And if you needed further convincing, you can see a nice promotional video here. 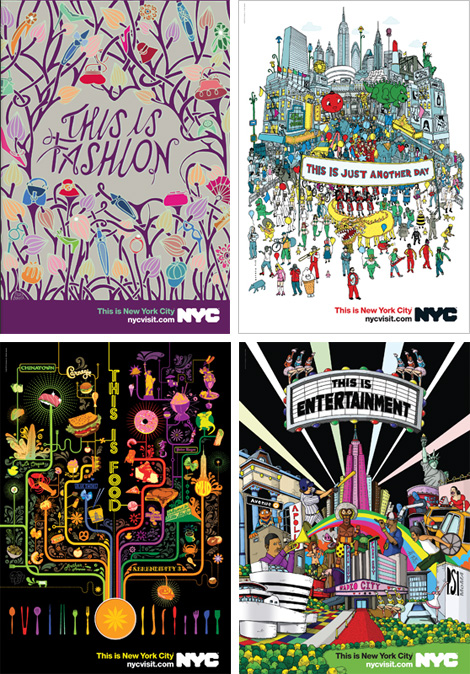 NYC “This is New York City” campaign by BBH.

But I digress. Pretty illustrations aside, this logo is representative of New York in more ways than one: In its adherence to the grid it reflects that of the city (if you can count, you can find your way around here); in its bulkiness it’s allusive to the power of New York as a center of culture, arts, politics and sports; in its shoulder-to-shoulder tightness it is a painful reminder of how little space there is here, but how much we enjoy and thrive in our proximity to each other; and in its openness, where anything can be framed or drawn inside it, it evokes the ability that everyone here has to make their own story, in their own way. So even if one of its drawbacks is that it doesn’t look good against mediocre graphics designed by someone else, this logo for NYC should give Wolff Olins a break. They deserve it.

[This post has not been paid for by Wolff Olins, nor am I seeking employment there. It’s an honest opinion of a misunderstood logo.]

\n\nPoor Wolff Olins. Can't get a break no matter how hard they try — and lord knows that if anyone tries hard, maybe a little too hard, it's Wolff Olins. We all know (and most, not me) hate the London 2012 identity and pretty much everyone is baffled by the Wacom color thingie, but it's perhaps the new New York City taxi logo that everybody, at least in the (212) area code, has hated the most. And with good reason. But, for a change, it's not Wolff Olins' fault.