The brand program was designed to bring the two galleries together. Identifying a unique situation, Interbrand treated QAG and GOMA as two siblings with distinct personalities, rather than two separate brands, or buildings. […] The design of the logo and the visual identity system display the subtle differences in the characters of the two galleries and how the two can at times contradict, complement and complete each other. […]

Inspired by the idea of Yin and Yang, we created a strikingly simple visual and verbal system that pulls the two brands together whilst simultaneously celebrating their differences. By thinking of QAG and GOMA not just as different galleries, but as different personalities, we can create a fascinating brand experience that revolves around the interplay between the two.
— Press Release 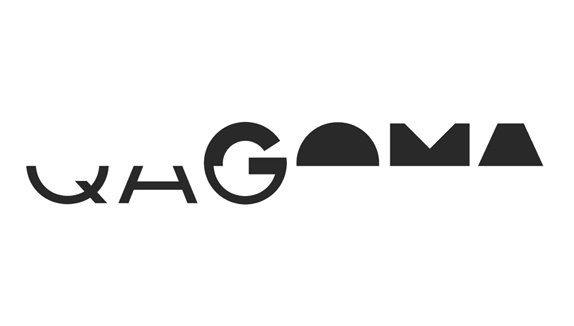 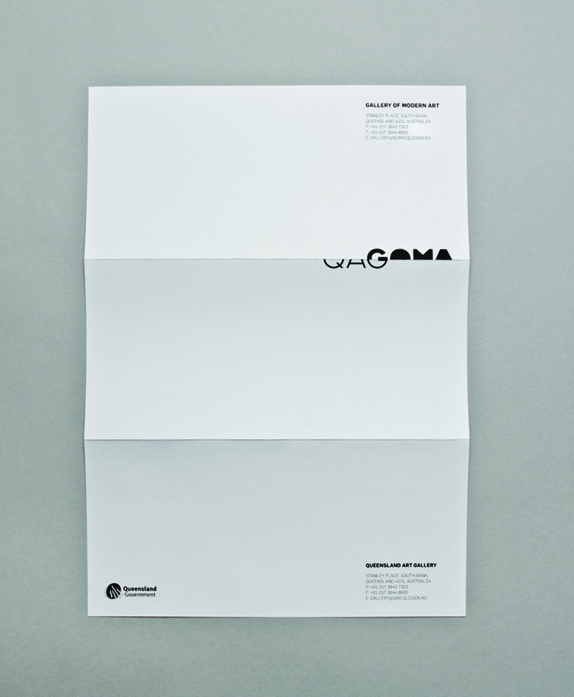 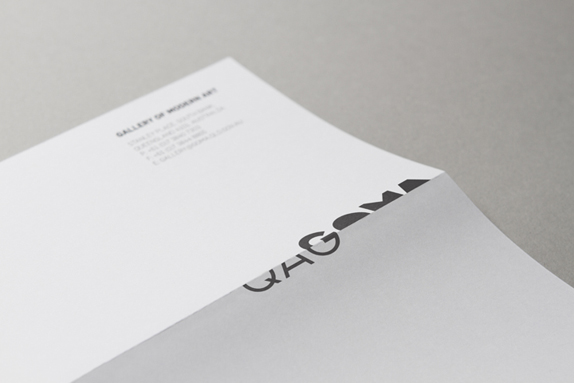 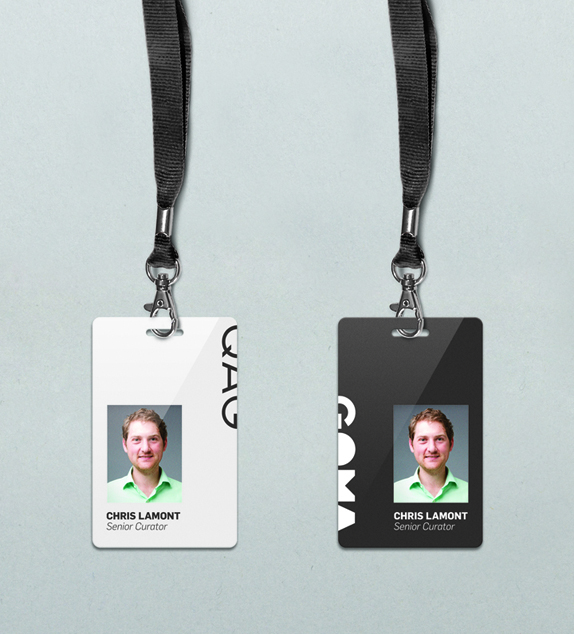 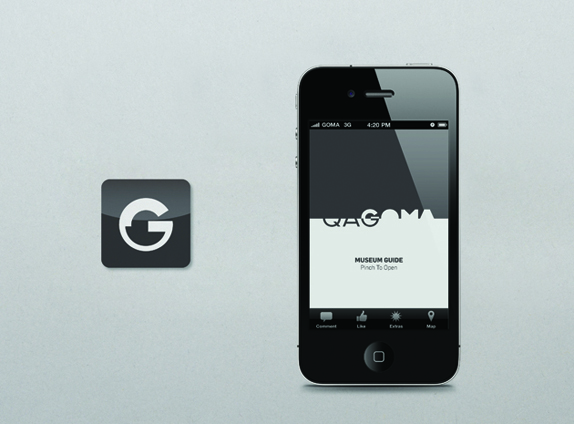 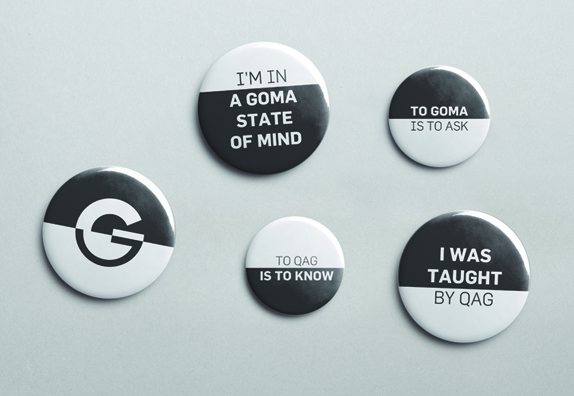 The previous logo was as visually long as it was tiring to speak it; it wasn’t bad or good but it certainly wasn’t memorable or distinctive. The new logo goes from 38 characters to 7 and it only uses half of the character forms, making it one of the most visually economical redesigns of the year. Silliness aside, the new wordmark is a very clever solution to creating a single identity for two entities. Joining at the “G” for Gallery solves the annoyance of having the word twice and serves as the link between historical and contemporary work. I really like how the GOMA half takes the trend of filled-in letters used by most museums of modern art to create meaningful contrast with the more classical Roman forms of the QAG half. When you look at the logo you have to be happy for the lucky combination of letters that Interbrand had to work with, as they are perfectly readable when sliced in half.

The rest of the identity expands on the split personality of the two entities in a couple of different ways — through black and white divisions or the positioning of the logo, as in the letterhead or gallery doors. The language is not as convincing as other Interbrand Australia projects, with very ambiguous statements like “I was taught by QAG” or “Take a step back and get a closer look”. Neither Yoda enough, nor funny enough, nor challenging enough — it doesn’t detract enough from the work but it doesn’t quite enhance it either. Nonetheless, this is a great visual redesign with a very smart premise. 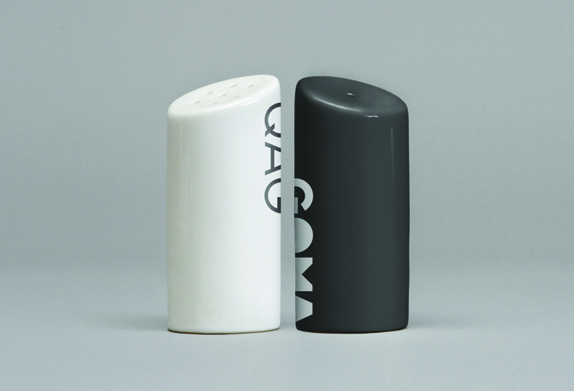 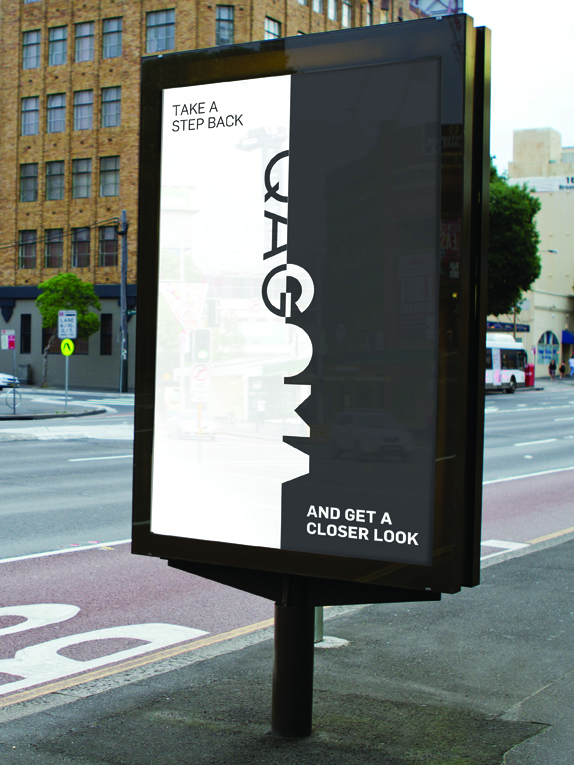 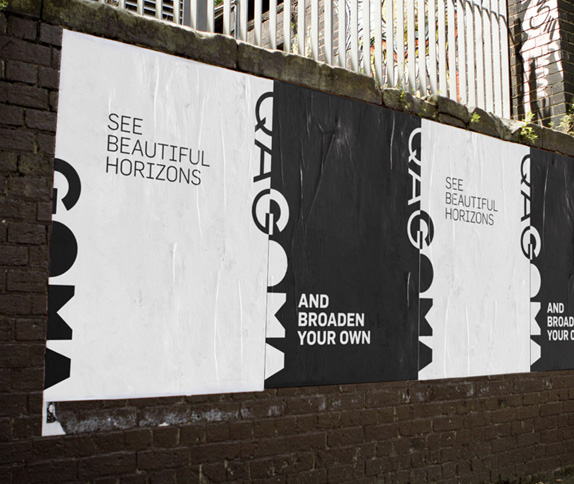 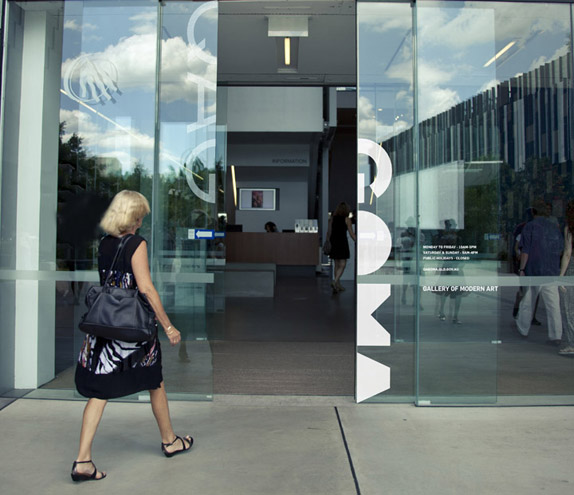