Virgin Atlantic have spent the last year and a half working with London’s Circus and johnson banks to reposition and rebrand Richard Branson’s “high quality, value for money” airline. The airline, born in 1984 under Branson’s ever-growing Virgin empire, quickly became profitable (selling a 49% stake to Singapore Airlines in 1999) and has pioneered offerings from new service experiences like flat beds to biofuel usage. 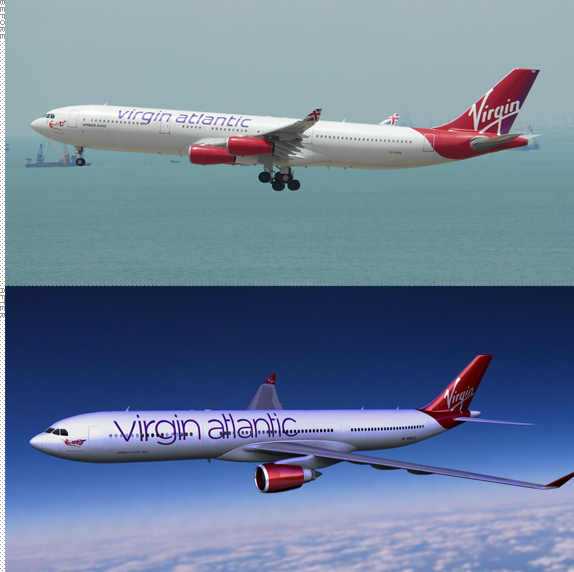 Michael Johnson, Creative Director at johnson banks, has articulated a number of the key issues that emerged during the design process:

Firstly, some early livery designs that used the full name “virgin atlantic” very large on the fuselage were very well received — a clear indication that the company wanted to return to calling itself by its full name. Secondly, there were logistical issues with the previous logo and symbol that made use of it problematic. Thirdly, the overall house style that had been in place for over a decade needed a typographic refresh and more consistency, so it could be applied from a myriad applications, from airport banners and bag drop signs, to tiny applications on iPhones and aggregator sites.
— johnson banks project description 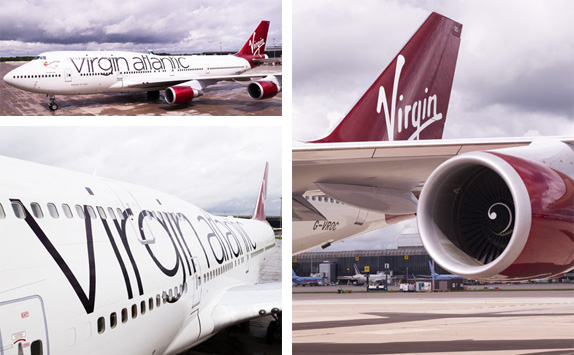 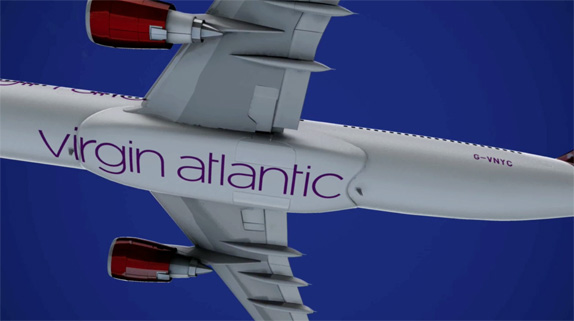 Virgin Atlantic has worked hard to try and capture a unique visual expression for the livery, through everything from redrawing the typography to using new materials and processes that provide a new metallic finish. From Virgin Atlantic’s press release Steve Ridgway, Chief Executive of Virgin Atlantic commented on the new livery:

“We’re a dynamic and innovative British company and our new livery will really make us stand out from the crowd, both in the sky and on the ground at airports all over the world.”

While the Virgin Atlantic brand shows up in everything from trade ads to airport signage, it’s difficult to separate the expression to the livery from the rest of the applications — especially when considering how much the livery has driven the form of the new visual identity. While the previous identity system’s typography was feeling a bit dated in many applications, the old “Virgin America” logo itself did not feel heavily aged. Certainly the application of “Virgin” to the tail fin was often awkwardly cropped on the plane and given a strange gradient in off-plane uses, but the color application, cheeky editorial tone of voice, and occasional appearance by Mustang Sally — the nickname given to their Boeing 747s — has always felt lively. Moreover, the previous lockup of the fin and “atlantic” did a good job at implying the plane fuselage. I’d go so far as saying that Virgin has done a better job than any other major airline at bringing a consistent brand voice to every aspect of their business. 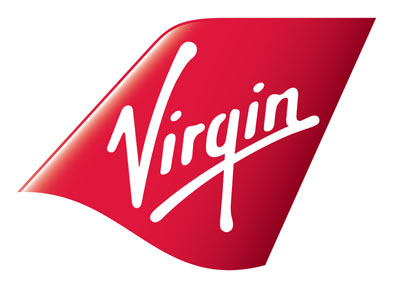 The new identity definitely goes after the current look of contemporary british design. The redrawn typography, in its super-light weight, tight kerning and lowercase setting says “British” without needing the word Virgin or Branson to lead you there. I appreciate the retention of the implied fuselage, but when the typography is applied to the actual fuselage it seems to suffer from the layout of the windows — a known challenge from the outset when defining the system. The redesigned fin, the most effective retooled element in the suite, does a terrific job at implying the plane form and motion while at the same time cleaning up the dimensional rendering. That being said, the lock-up of the “virgin atlantic” typography and fin feels a bit clunky — much of it due to the relationship defined by the scale and layout of the two elements. This is exacerbated when the lockup is stacked. The purple and red color combination does not seem to help the strange conversation between these mark items (though I always regard color as a largely subjective subject matter) however what can be seen of their metallic effect in the photos and videos definitely goes a long way toward letting those colors take on a lot of subtle transitions and diffuse the hard contrast.

It’s great to see a level of continued sophistication in the collateral materials and equally as pleasing to notice the playful inclusion of Mustang Sally on the new livery. While the primary lock-up may have its shortcomings, there is no doubt that the overall system brings a level of quality and cohesiveness to the brand expressions that, in the right hands, will stay ahead of the competition and continue to define “Where people love to fly….”

Virgin Atlantic have spent the last year and a half working with London's Circus and johnson banks to reposition and rebrand Richard Branson's \"high quality, value for money\" airline. The airline, born in 1984 under Branson's ever-growing Virgin empire, quickly became profitable (selling a 49% stake to Singapore Airlines in 1999) and has pioneered offerings from new service experiences like flat beds to biofuel usage.