We span bold and shouty to light and calming this week, with projects from Auckland, Sydney, and Monterrey. 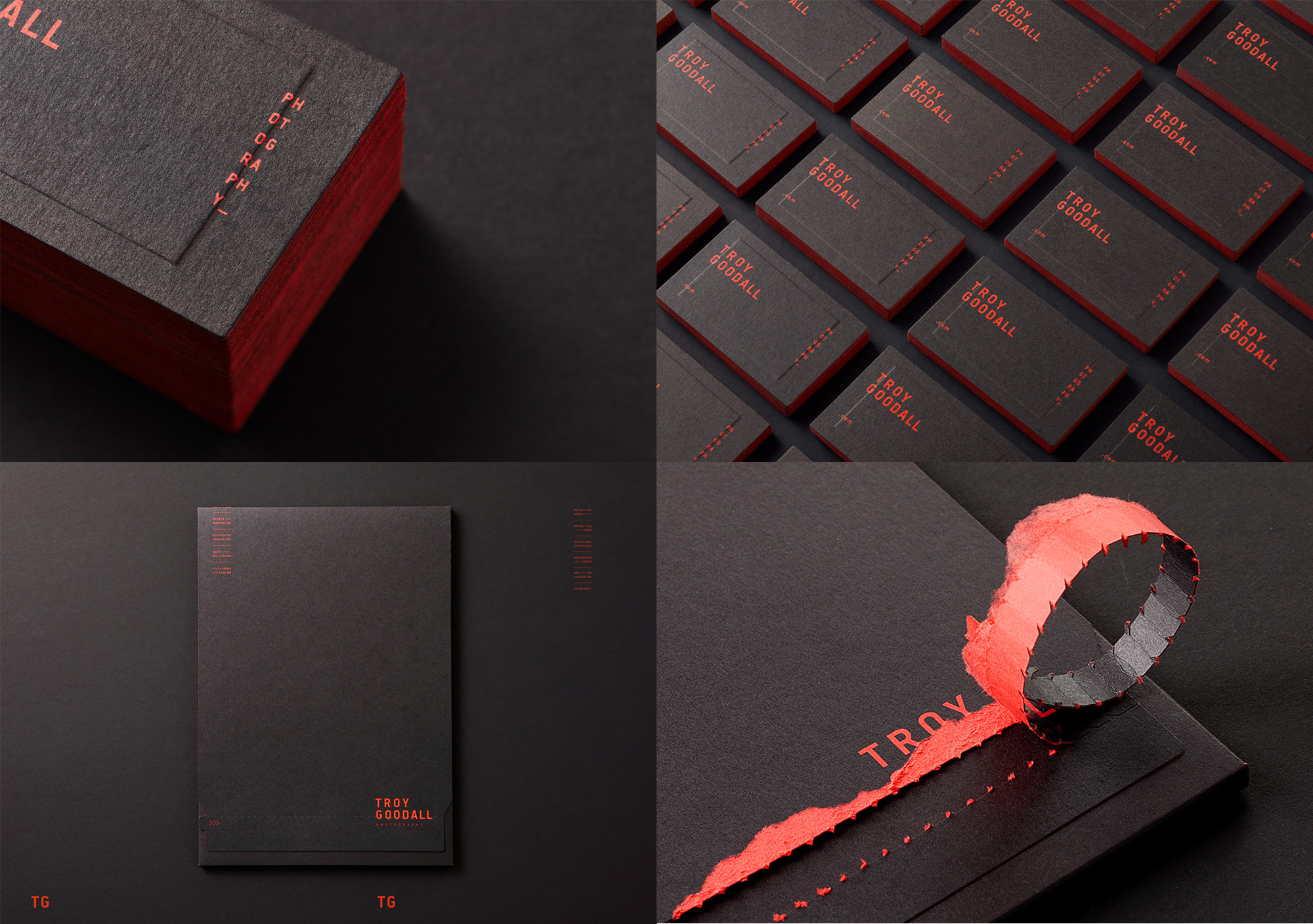 Troy Goodall is a photographer in Auckland, New Zealand, with a great style, eye, and attitude — to wit, “you can throw Troy into 8ft surf with a floating rig that doesn’t float and shadowy sub-aquatic shapes that may or may not be sharks, and he’ll get the shot.” The identity, designed by local firm Fuman, translates Troy’s aesthetic and approach into a great combination of a lot of black and sparks of red with relatively defying typographic arrangements, especially in the print applications, where it sits too close to the edge, smack in the middle of a deboss, or in the path of a tear-out tab. All typeset in PF Handbook Pro and printed on red paper flooded with a lot of black, the applications are absolutely striking. All I want to do today is pull on that tear tab. See full project 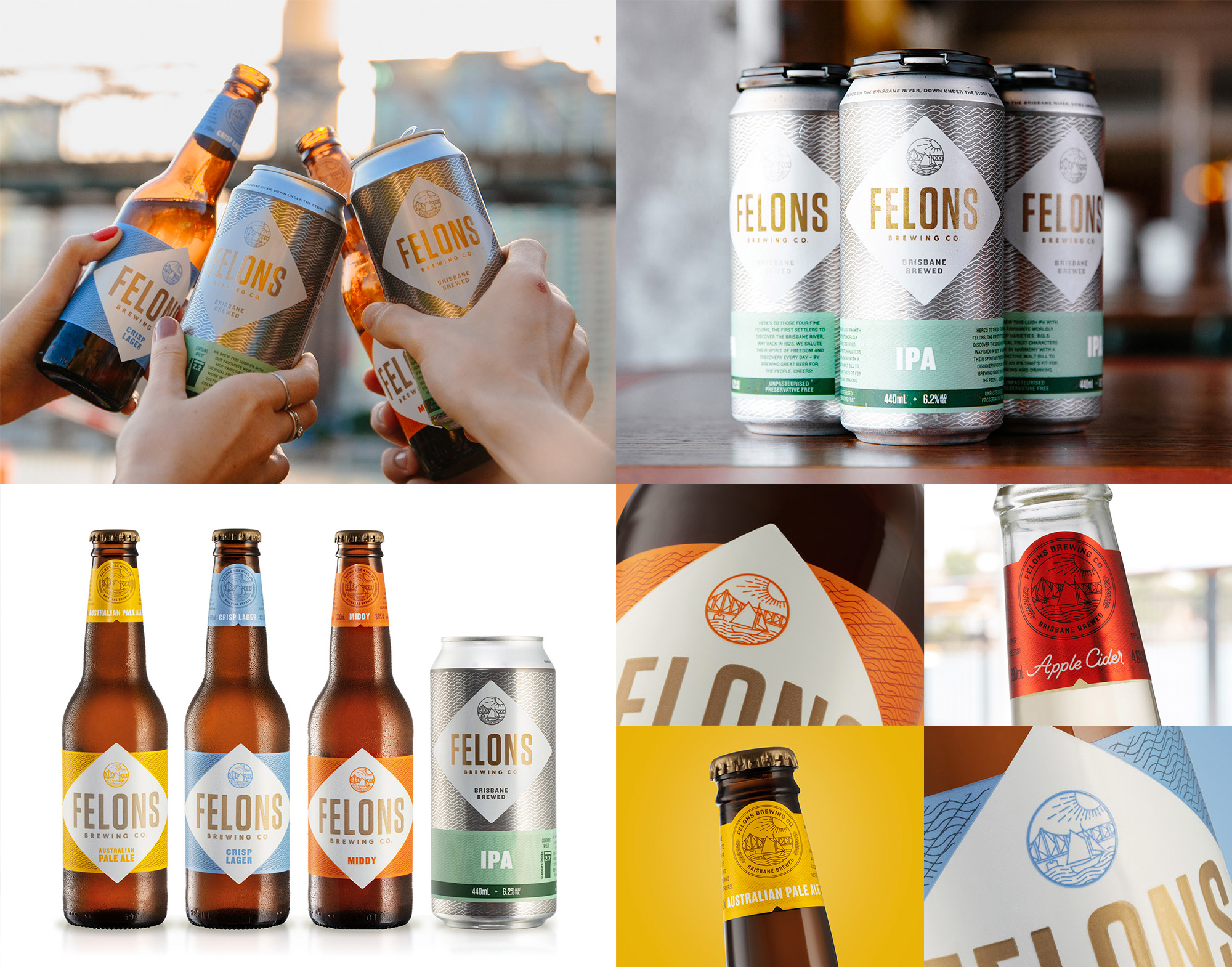 Felons Brewing Co is a microbrewery in Brisbane, Australia, under the city’s Story Bridge, and is named after the four felons who were the first settlers to discover the Brisbane River. The packaging, designed by Sydney, Australia-based Squad Ink, isn’t revolutionary but it hits all the right notes for a feel-good brewery and is a nice respite from the super-weird-aesthetic of recent microbreweries. Wordmark is nice, pattern is nice, little badge is nice, color palette is nice. It’s simply a pleasant packaging system with enough nice details to make you long for a nice cold beer this Friday. Did I say “nice” enough? See full project 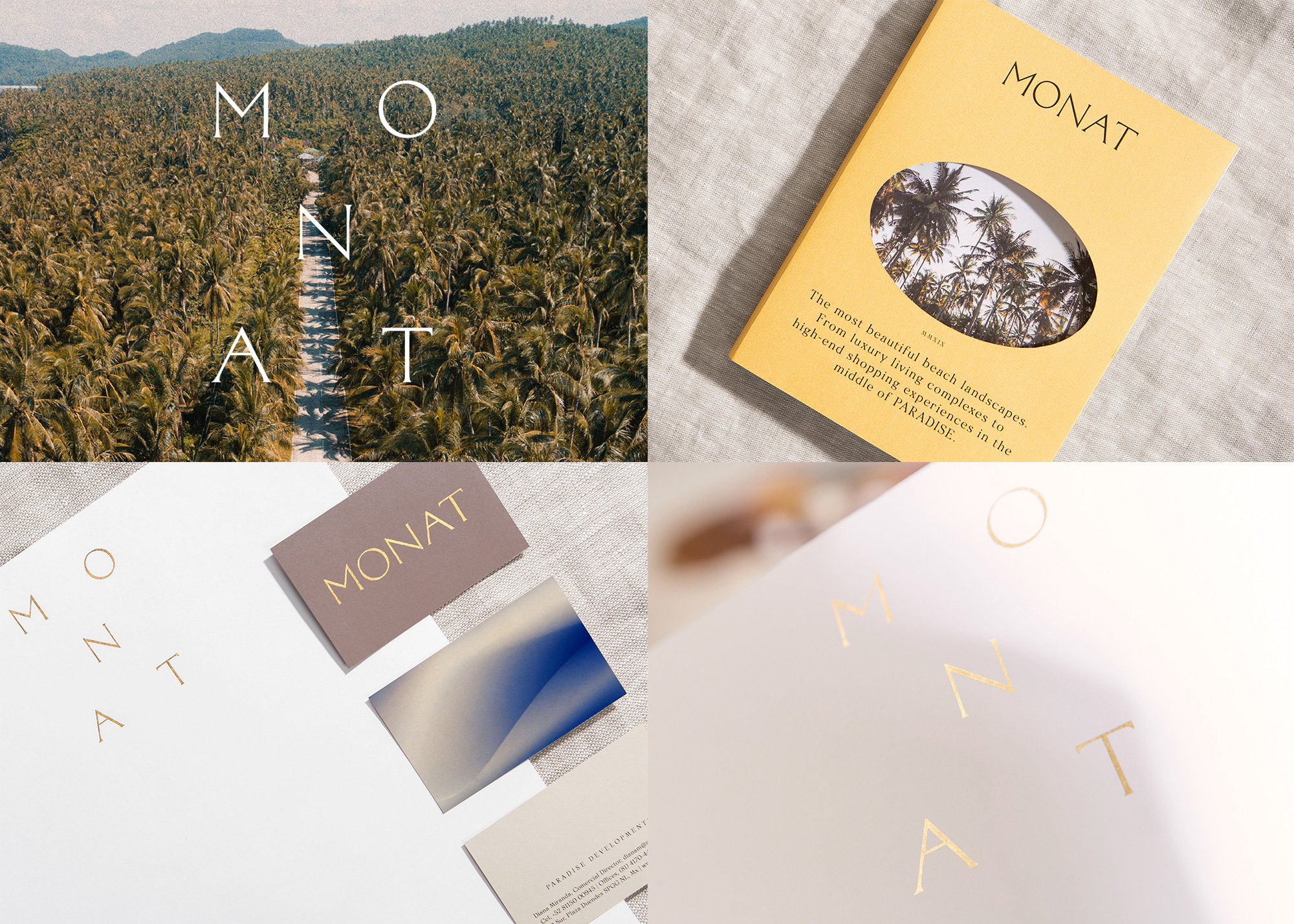 Monat is a luxury real estate developer specializing in beach-front properties across Mexico. The identity, designed by Monterrey, Mexico-based Parámetro Studio, exudes luxury with a wordmark that can be used straight or in a funkier 5-point configuration typeset in the elegantly quirky Manege, which also serves as the primary headline font. A calm and earthy color palette works great with muted photographs of lush beaches in applications that all make us wish for an endless summer and a bottomless bank account. See full project

We span bold and shouty to light and calming this week, with projects from Auckland, Sydney, and Monterrey.