From my.com and ONY, Sid Lee, and SPREAD

A protein-packed version of Friday Likes with work from Russia, Canada, and Japan.

my.com by my.com and ONY 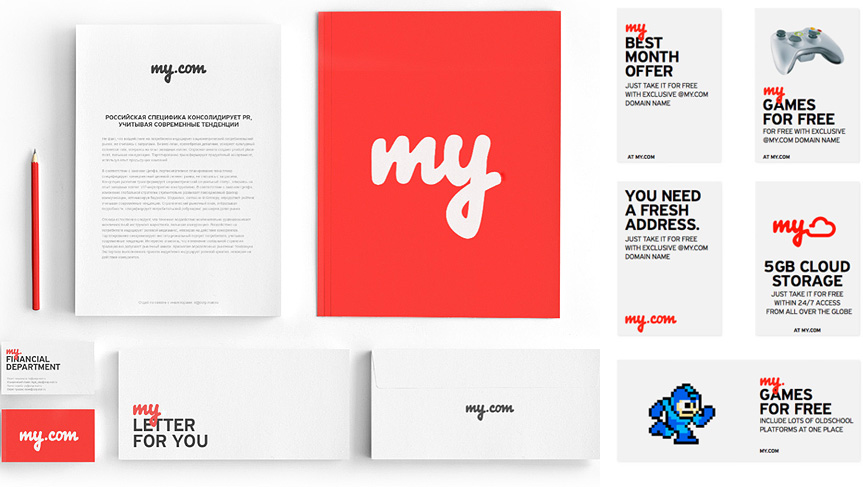 You are probably thinking “There goes Armin again, with his love for monoweight, chunky scripts.” And you would be right. I love me a good monoweight, chunky script and I appreciate this one even more by being awesome with only two letters. But what a perfect pair. As yet to be launched, my.com is a “brand for mobile apps and games” — whatever that may mean. In an interesting sharing of their process, my.com illustrates how they came to the logo through a combination of in-house work and outside firms, where Moscow-based ONY emerged with the winning concept. While the logo is pretty nice and the literal extensions with the icons are pleasing, there isn’t much to the identity. At least not yet. See full project.

For Blue Goose, a Canadian maker (grower? breeder?) of “high quality, clean protein (beef, chicken, and fish)”, Toronto-based Sid Lee created a stunning identity based around the inner-peace-inducing illustrations of Los Angeles, CA-based illustrator Ben Kwok that have beautiful, scenic renderings that would make Kat Von D jealous. The illustrations serve as the driving element on the packaging and website, which is good because the umbilical-cord-ish look of the logo isn’t too appealing. But the overall typography and blue color palette are to die for. That’s what the cow, chicken, and fish said. (Sorry). See full project. 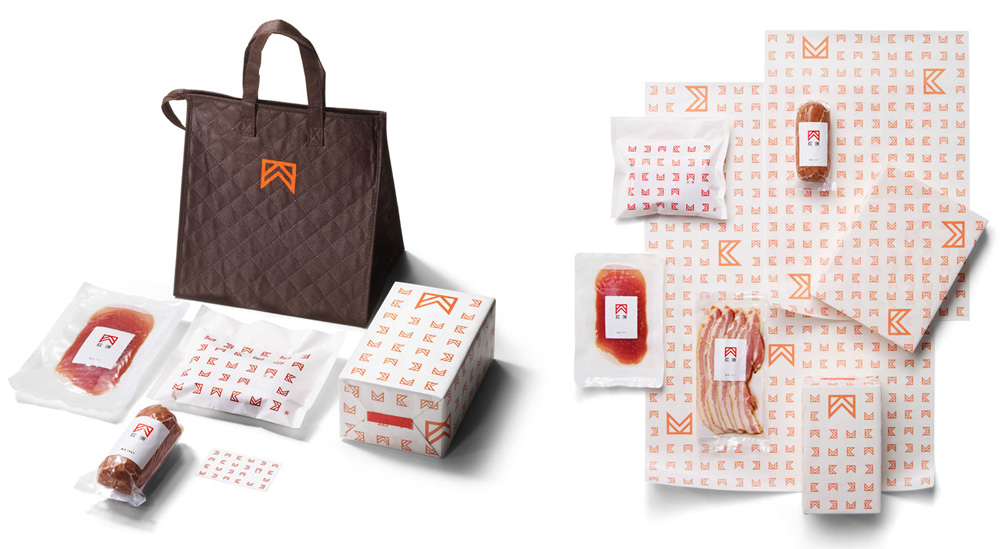 Tokyo-based SPREAD explains of this identity for Hagiwara, a family butchery: “The logo and pattern expressed the character ‘meat’ using a motif of two roofs on top of the other.” A nice explanation for us Western folk but not as nice as the universal language of awesomeness that this identity speaks volumes with. It’s sophistication at its best without delving into boring simplicity. The spiky typography makes you feel like the meat was sliced perfectly. Bonus: check out the actual butchery, designed by Design 8, which is all kinds of sexy too. See full project.

A protein-packed version of Friday Likes with work from Russia, Canada, and Japan.