From MAUD, Fanakalo, and Block

An eclectic range of simple work mixed in with some abstract work and highly ornate work from Australia and South Africa keep us entertained this fine Friday. 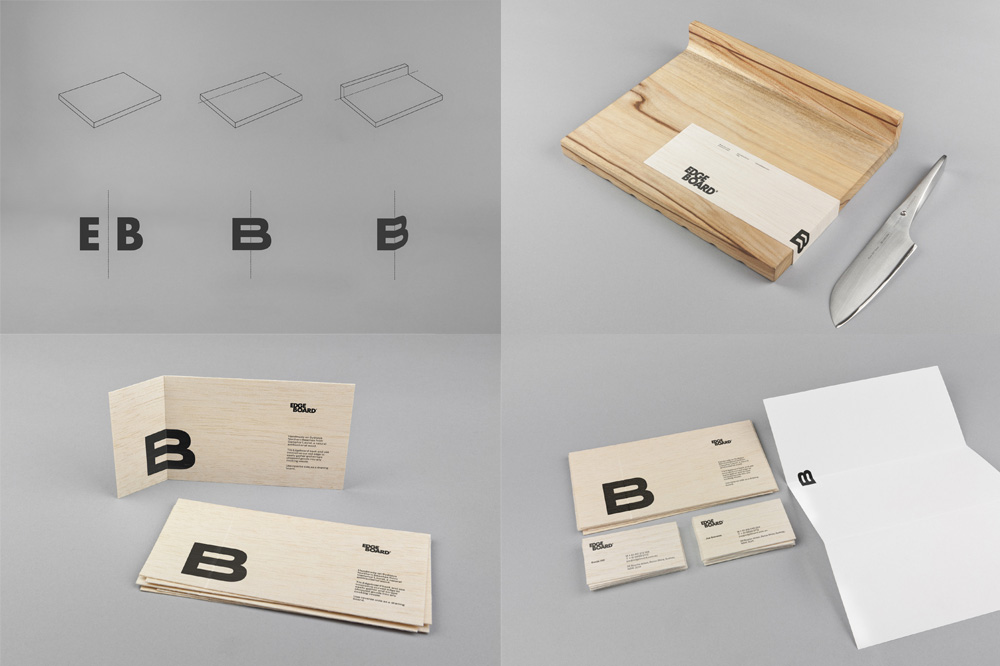 Made in Australia, the Edgeboard features a perpendicular edge on one of its sides to prevent spillage, a feature that serves as the basis for the logo and identity designed by Redfern-based MAUD who made a great “EB” monogram that can only be read (or be read properly) when applied on an edge, breaking the monogram into an “E” on one side of the corner and a “B” on the other. It’s a pretty original way of treating a monogram, specially when it looks like just an elongated “B” when seen flat. This would pose a problem for other applications but the ambitious wood-based business cards also feature a fold where the monogram can be creased and in the letterhead it’s placed in the upper fold, creating the edge effect. (No, the effect doesn’t fax). Simple and clever — not what you would expect from cutting board branding. See full project 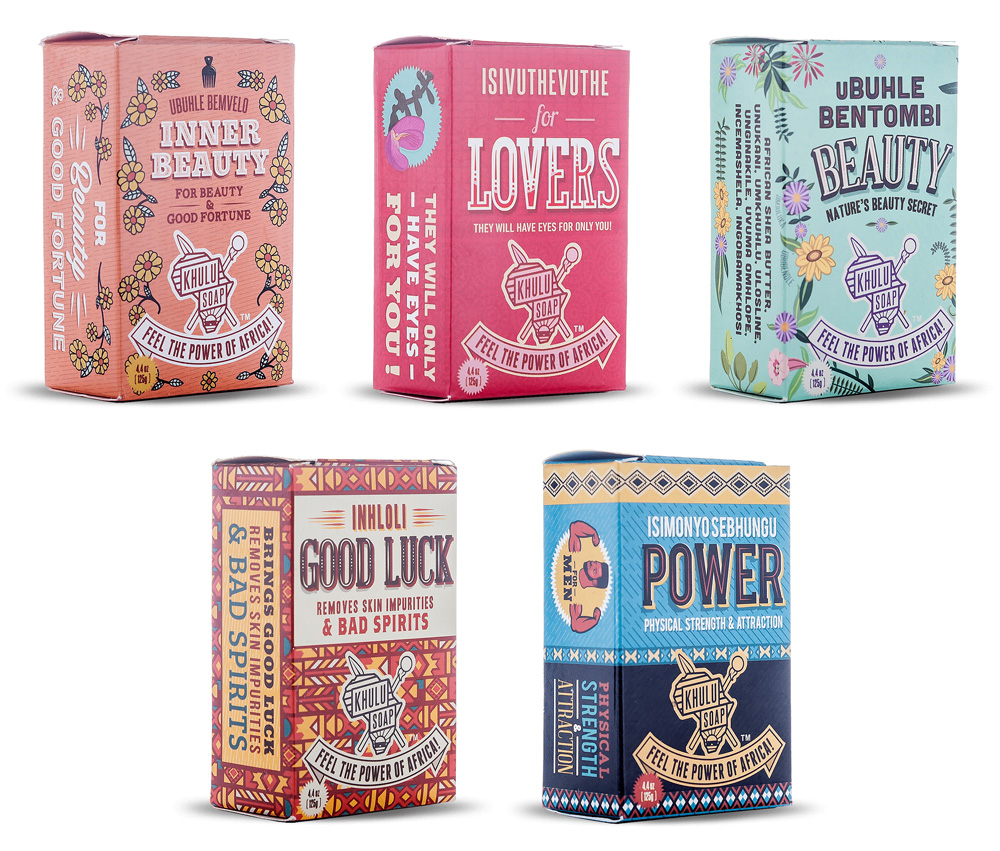 Made from traditional African herbs Khulu Soap is delivered in a fantastically rich range of packaging designed by Fanakalo in Stellenbosch, South Africa. Decorated with generously colored patterns and infused with playful typography, the little boxes are a wonderful mash-up of Victorian packaging, vernacular illustration, and modern-day typefaces. The “For Men” illustration needs to be made into a t-shirt. Now. See full project.

Formerly known as Table & Chair, District offers much more than tables and chairs for corporate, hospitality, and residential applications. Designed by Block in Perth, Australia, the identity features a combination of neatly cropped and clipped product shots and an abstract, custom alphabet that takes its cues from architectural blueprints. The combination leads to what I can only describe as ethereal, alien-like, interior design chic. Some words are more successful — like “work” — than others — “futio”? — per the examples above but identity definitely establishes a distinct visual language for District. See full project here.

An eclectic range of simple work mixed in with some abstract work and highly ornate work from Australia and South Africa keep us entertained this fine Friday.

New Logo for VYZR by Electric