The Year in Review, Part 3: The Most Not Great 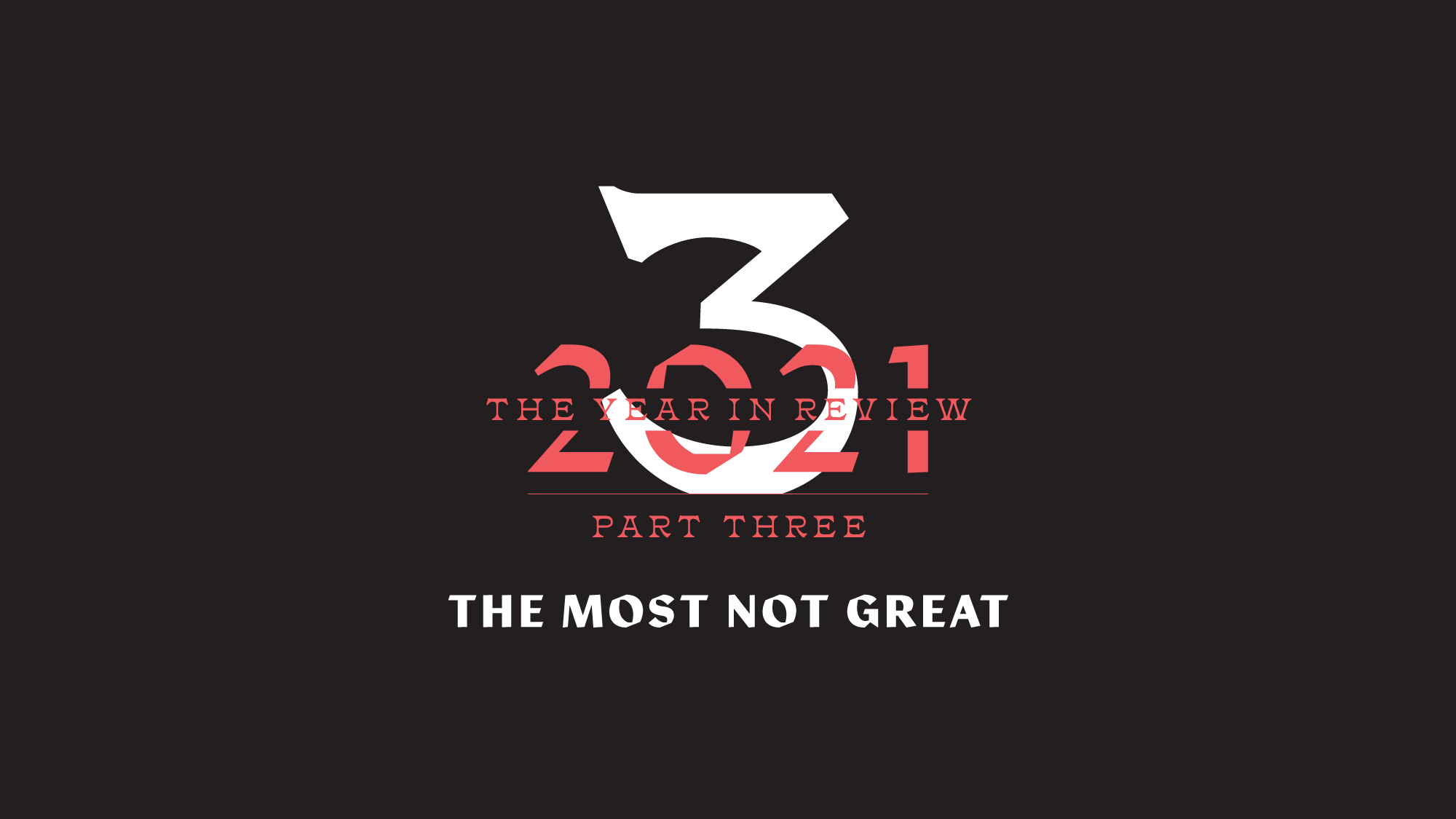 For many years labeled as “The Worst”, I changed the title to “The Most Not Great” last year because some of the projects in this list had merit in some regard but perhaps missed the mark on originality or relevance or impact or that, in other words, were simply not as satisfying as some of the more engaging work we saw on Brand New the rest of 2021. (Also because “The Worst” is unnecessarily mean.) Selections come from the Reviewed and Noted categories and I omitted anything from the Spotted category as those don’t go through as much scrutiny. So, without further ado here are the most not great projects of 2021.

There was a decent start somewhere in here with the focus on the lion’s head in a more graphic rendition but the identity was disjointed and with clunky typography all around. See original post

Getting rid of the icon seemed unnecessary as it could have still served a purpose as a supporting asset and the wordmark evolution was a lateral, slightly backwards move. It was the identity system, though, that felt the most not great, with a very generic approach that made every application look like a template. See original post

The old logo needed a lot of help but could have also been either left alone given its equity or leaned more into its awkwardness. The baby step towards something “nicer” didn’t quite pan out and the fuzzy gradients for the app icon and other icons left most of us confused. See original post

Looking back, I may have been a little harsh in the original opinion on this one but also looking back I find the “P” icon very awkward and dated, especially considering the convoluted explanation given for it. See original post

New Name and Logo for TotalEnergies

For a moment I debated whether to include this or not… perhaps I was missing something that made this logo actually great but, no, I couldn’t find any redeeming qualities about its loopy small-“T” and giant-“e” monogram.See original post

New Logos for Grubhub and Seamless

Applying the same icon to not just the two brands above but to ten others around the world and pairing them — even when they heavily clash — with each brand’s original wordmark is just a graphic design nightmare. It makes sense if the marketplace was a spreadsheet but as a branding strategy to create distinction and memorability these logos are empty data cells. (Sorry, I may have gotten carried away with spreadsheet metaphors.) See original post

It was already hard enough to tell Boss apart from Hugo but at least the old logos used serif and sans serif respectively as differentiators. Now, Hugo, Boss, and Hugo Boss all basically look the same. And, unfortunately, the boring kind of same.See original post

While the biggest mistake in this rebranding was dropping the “Crew” moniker from its name — igniting fans’ fury — the logo didn’t help at all with its awkward “C” and terrible typography throughout. See original post

New Logo and Identity for Webex

This abstract intertwined “W” could have been interesting but a very rudimentary 3D approach and shading technique made it fall flat. Additional 3D-gradient-y backgrounds in the limited applications shown didn’t help either.See original post

New Logo and Identity for Calendly by Pentagram

One of the most awkward monograms of the year and an identity that went into as many directions as there are days in a month, this project was a real head-scratcher. See original post

I realize I mentioned there were no inclusions in this list from the Spotted category but I had to make an exception for this one as there is no excuse for whatever curse was placed on those poor characters in the wordmark that are so remarkably wrong. The monogram was no champion either. See original post

I heard you like spikes, so I put spikes in your spikes. The only salvageable detail in all of this is the home plate in the negative space of the icon. See original post 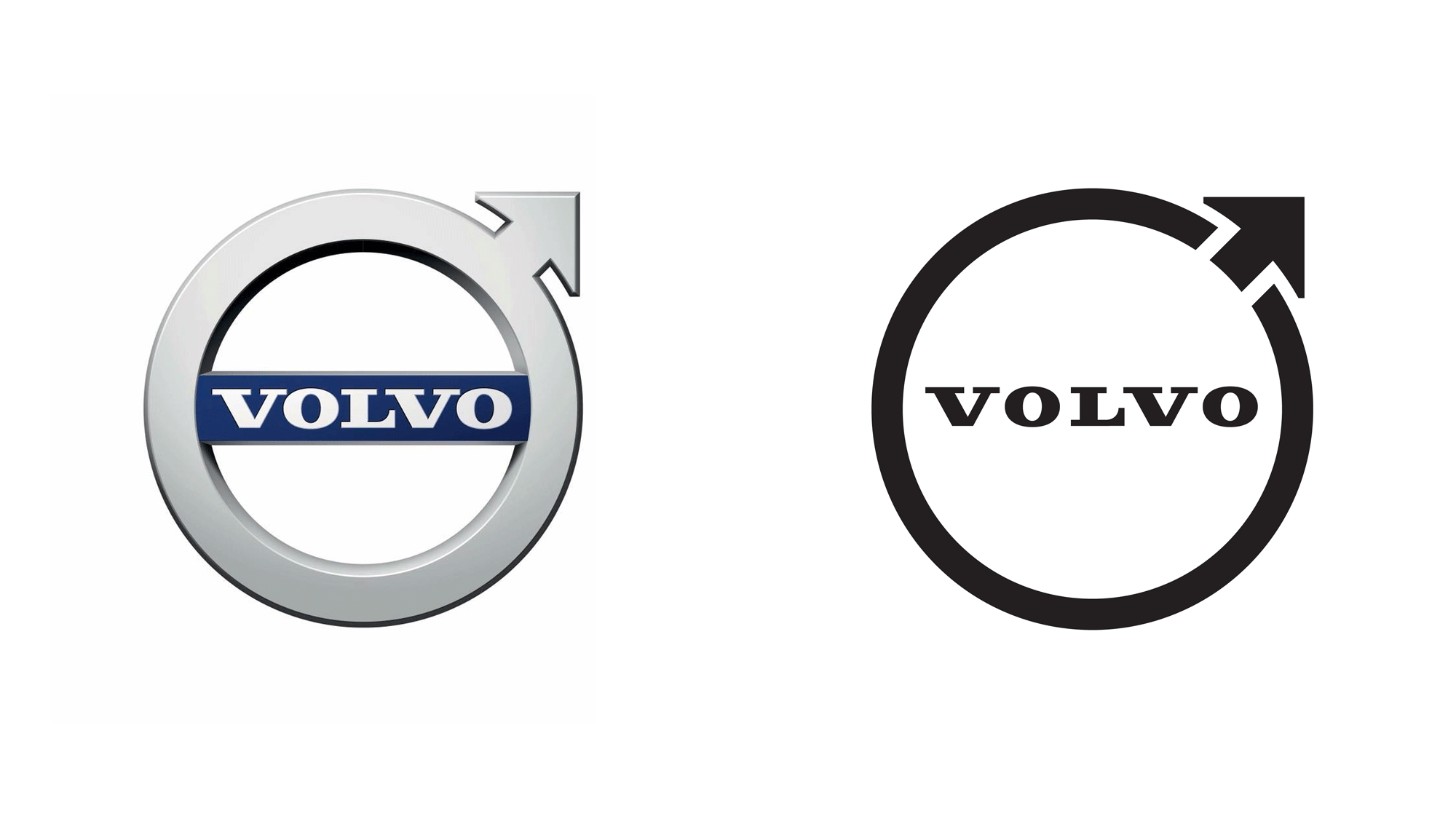 Of all the car logos that went flat this year, Volvo was by far the least successful transition, yielding an unpolished, unsophisticated ring with an arrow oddly sticking out of it and so so so much empty space within it. The lack of a proper launch announcement and a series of conflictingly-different renders of the logo on cars further enhanced the impression that this was rushed and/or not very well thought-through. See original post

Earning the top “Most Not Great” spot was the one thing this rebranding did well. Everything from the name to the logo to the livery — especially the livery — was a disappointing departure not just from the legacy of Alitalia but from the basics of good naming, good design, and good plane paint jobs. See original post